Forums: Books, First Person, Writing, Fiction, Novels
Email this Topic • Print this Page
Reply Thu 13 Dec, 2012 08:35 am
I was talking with someone the other day about fiction written in first person. They hated anything written this way.

Three of the most unsettling books I've ever read were written in the first person:

While "enjoy" is not a word that I might use to describe the experience of reading these books, they all have certainly stuck with me for a long time.

The only other first person fiction I could think of off the top of my head was "Catcher in the Rye" which I liked as a teen but not so much as an adult. But it did stick with me.

What first person fiction can you recall?

What is it about it that you like or loathe?

I've since settled comfortably into first person. It was a struggle for quite a while though.

I don't have a problem with it when I read it. Third person tends to be a bit more literary.

First person can be interesting when there are unreliable narrators and you're reading through what they're saying, not just what they're saying. "The Curious Incident of the Dog in the Night-Time" is one I can think of in that category.

There's also the Agatha Christie mystery written in the voice of the murderer -- who leaves out crucial details, but who doesn't lie. (Murder of Roger Akroyd, maybe?)

I like it when there's a distinctive voice, too, like "Heartbreaking Work of Staggering Genius" or various Junot Diaz books/ stories. (Among many others!)

I seem to be having a hard time recalling which books are first person and which are third, though. Can go look around a bit later.

(The nearest shelf is my "to-read" books so mostly unread yet -- looks like Salman Rushdie is third person [I know he chose to do that in his memoir, too, which was interesting but a little distracting]. Margaret Atwood is first person. "The Tiger's Wife" [which I'm really looking forward to] is first person. Seems to be a real mix.)
0 Replies
1
Reply Thu 13 Dec, 2012 09:08 am
A lot of detective novels are written in the first person--the Sue Grafton "alphabet" mysteries are a good example. She will switch at times to a third person narrative, but they are largely written from the perspective of the heroine, Kinsey Milhone. These are not deathless prose, but i am impressed with their quality within the genre.

David Copperfield (only the most familiar of the many titles Dickens gave the novel) is written mainly in the first person, as i recall it. It's been a very long time since i've read it, and it's one of my least favorite Dickens'novels, but that has to do with being forced to read it rather than reading if from choice. I don't recall if any parts of it are written in another voice.

The Sea Road by Margaret Elphinstone is written in the first person. It is an historical novel, based on actual fiction--for some reason, the author quixotically chose to use the least reliable source, despite the fact that her main character, Gudrid Thorbjornsdottir, is a real person, about whom more is written than any other person in the novel with the possible exception of Eirik Raudi (or Erik the Red, as we call him). But it's a novel, and most people aren't sufficiently familiar with saga sources to spot the flaws, so i always recommend it. Gudrid appears in several sagas, including the Eirik Raudi Saga, the Thorfinn Karlsefni Saga, the Errbyggja Saga and the two foundational documents of Icelandic history, the Landnamabok and the Islendingabok. The author chooses to rely on the Groenlendinga Saga (the Greenlander's story), which is one of the least reliable saga sources, all the more deplorable as the Icelandic saga sources are otherwise highly reliable historical sources. As Gudrid's second husband was Thorfinn Karlsefni, i can't for the life of me understand why the author didn't rely on the Thorfinn Karlsefni Saga as her principle source.

For those who don't know or don't care about such mattes, the novel should be a quite entertaining read. Late in her life, after Karlsefni had died, Gudrid went to Rome, where she spent a long time in the Saxon quarter. The pretext for the novel is that an up and coming young Icelandic monk is sent to interview her, as she has been "out of the world," meaning that she had been to Vinland. Even when Gudrid converses with monk, between bouts of relating her story, you only hear her, and not the monk. The monk introduces the account in a first person narrative, and then it switches to Gudrid's first person narrative. There are some passages in italics which recount "history" from the saga sources (Elphinstone's questionable selection of sources causes me to put "history" in quote marks) in the third person. After Gudrid left Rome, she went back to Iceland and established a religious house for women, the first in Iceland, and i believe the first in a Nordic country--which is undoubtedly why the monks who wrote down the sagas (which were oral histories) put so much effort into recounting her life.
0 Replies
2
Reply Thu 13 Dec, 2012 09:19 am
@boomerang,
IMO, first person narrative is just another tool for the author to use. Good authors will likely use it well.
0 Replies
2
Reply Thu 13 Dec, 2012 11:42 am
Lee Child's Jack Reacher books are in the first person.

BTW - Tom Cruise is as far away as could be from what I envisioned the Jack Reacher character - ex-military, 6'5" 200 lbs, rough looking but handsome.

I generally like the style - it feels very immediate.

I recently read a vampire take-off on Jane Austen written in the first person that was quite funny. Just loaned it to MAB, will have to ask her who the author is.
0 Replies
2
Reply Thu 13 Dec, 2012 01:16 pm
First person allows the author to delve into the secret subconscious of the character in such a way that is inaccessible in third person.

I don't believe anybody who could be so quick to dismiss such a large branch of writing.

I would have to say its largest downfall is that its impossible to escape the head-space of the narrator. When a story is first person, what the narrator knows, we know; what they don't, we don't. Which is pretty bad if you're trying to write any kind of fantasy or something that requires you to jump between rosters of characters.
1 Reply
2
Reply Thu 13 Dec, 2012 01:21 pm
@shogg0th,
Fantasy doesn't necessarily require you to jump between rosters of characters. For example, see Jim Butcher's Dresden series, or Brust's Vlad Taltos series. Both are excellent series written in the first person.

Cycloptichorn
1 Reply
2
Reply Thu 13 Dec, 2012 01:37 pm
@boomerang,
It depends on if an interesting dynamic struggles is created in the thoughts of the character, and the delivery of it isn't static and boring.
The Stowaway: Stone of Tymora, Book I which was mostly a first person narrative from the viewpoint of Maimun, didn't make me feel bored, however, The Shadowmask: Stone of Tymora, Book II was a bit more boring to finish due to the lack of character development, but the plot wasn't that bad. If the second book was a third person point of view it would have definitely benefited the plot.
If you're a R.A. Salvatore fan, you may have read the books and know what I'm talking about
0 Replies
2
Reply Thu 13 Dec, 2012 01:50 pm
@boomerang,
You can't beat Raymond Chandler and Dashiel Hammett.

Then there's always this. 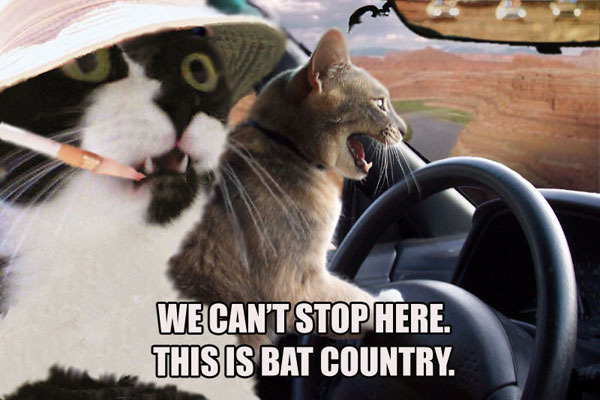 Joe(no, I am not kidding; I love this book.)Nation
0 Replies
3
Reply Thu 13 Dec, 2012 02:12 pm
A very short list of some classic novels written in the first person (some have already been mentioned):


a number of Joseph Conrad's works.

Here's the thing that makes it a great device for the writer -- you can get away with some less-than-perfect grammar or vocababulary . If some reader calls the author on a particular phrase or sentence, the auhor can always claim he is just staying "in character," that that's the way the narrator would put it.

Btw, the earliest novel in the English language that we have, Daniel Defoe's Robinson crusoe, is written in the first person.
0 Replies
1
Reply Thu 13 Dec, 2012 02:15 pm
@Cycloptichorn,
No, of course not. That's not what I meant. I just meant it as an example of how first person has its disadvantages. As does everything.
1 Reply
2
Reply Thu 13 Dec, 2012 03:44 pm
@shogg0th,
shogg0th wrote:

No, of course not. That's not what I meant. I just meant it as an example of how first person has its disadvantages. As does everything.


Sure does. Interestingly, one author (who you may be familiar with) who used the first-person account extensively was Lovecraft. I'm reading his complete works right now, and nearly all of them are written in the first person.

I can't get enough stories of men going mad from witnessing the unspeakable horrors from ancient stars, far from the scope of man's understanding. haha

Love craft is one of the most verbose writers in my opinion. Right beside Camus and a few philosophers. And yes, big fan of that First Person!
0 Replies
1
Reply Sun 16 Dec, 2012 08:43 am
@boomerang,
What the heck happened to the "reply all" button?

Some nice suggestions and comments here, thank you all.

I think ehBeth nailed why I like it -- the immediacy -- that's probably what makes the books stick in my memory so well. You get right inside the person's head, seeing things the way they see them and having to draw you're own conclusions about what is going on around them.

I'm not a big reader of fantasy/sci-fi but I think I would like first person stories in this genera. Seeing how someone experiences the future would be more interesting than just having them describe it.
1 Reply
1
Reply Mon 17 Dec, 2012 03:44 pm
@boomerang,
Fred Pohl's Gateway is just one of a number of s.f. books written in the 1st person, boomer. And, for my money, one of the best pieces of writing in that genre. Kurt Vonnegut used the 1st person narration angle quite a bit, too.
0 Replies
1
Reply Sun 23 Dec, 2012 03:57 pm
@boomerang,
Johnnie Got His Gun---Trumbo.