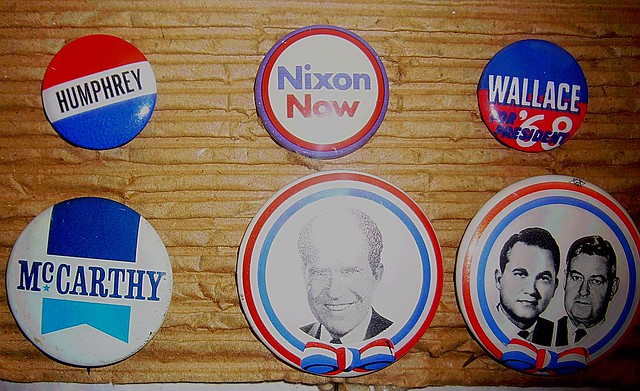 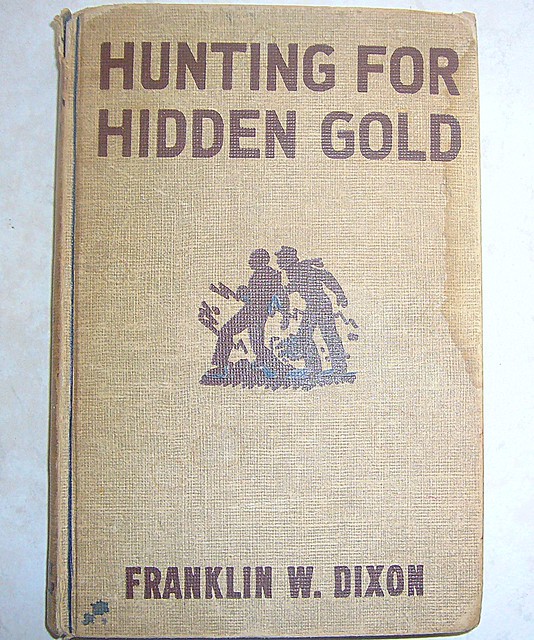 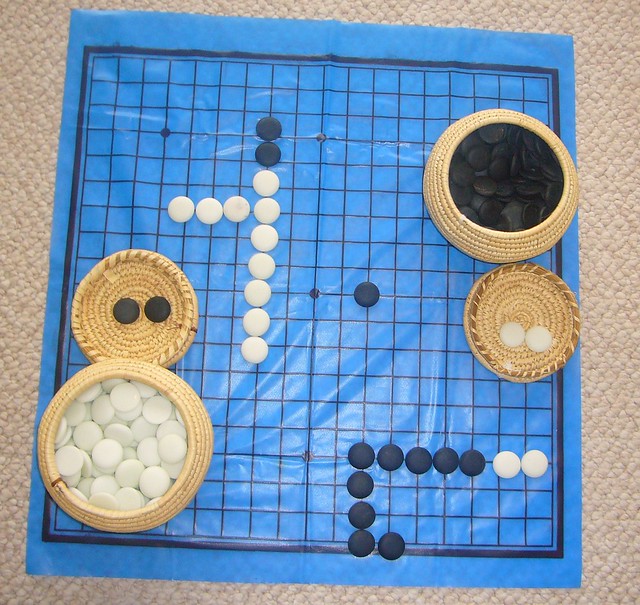 1 Reply
1
Reply Sun 22 Jul, 2012 12:27 pm
@farmerman,
Go is a very ancient game about creating territory. Go is played on a board with intersections formed by evenly spaced lines. One player plays the black stones, the other player plays the white stones. The players take turns placing one stone at an intersection. The object of the game is to make territory by surrounding vacant intersection points. There are ways to break up your opponent's attempt to make territory. For each turn you need to decide whether to use your stone to create territory for yourself or to use your stone to disturb your opponent's territory. The color that has surrounded the greater number of vacant intersection points is the winner.

In the movie "A Beautiful Mind" mathematician John Nash is challenged to play the game by a fellow graduate student. It is his first time playing the game. He does surprisingly well but loses. He then points out how the game is mathematically flawed.
0 Replies
1
Reply Sun 22 Jul, 2012 01:56 pm
The system of "dans" in martial arts was originally created to indicate levels of ability in playing Go. A Go player can reach up to the seventh dan. Some professional players have been awarded eighth and ninth dan.
1 Reply
1
Reply Sun 22 Jul, 2012 02:09 pm
@wandeljw,
Godan being 5th level. In the Army, we would naturally go to sleep "by the numbers". The Japanese guy was 5th from the door, and always counted "GO". We had to start over, and keep doing it till he got it right. Sometimes, we were up all night, counting.
0 Replies
1
Reply Sun 22 Jul, 2012 09:09 pm
@wandeljw,
Wandel, what a great idea for a thread, thank you!

I don't have anything old to share, but I'll certainly be following along, maybe comment on stuff.

1 Reply
1
Reply Sun 22 Jul, 2012 09:20 pm
@Reyn,
I recently came into a trio of very old bowls made from Oregon myrtlewood. If I ever come across a camera, I'll try to remember the thread.
1 Reply
2
Reply Sun 22 Jul, 2012 11:34 pm
@roger,
I love turned bowls and Native American "hollowed out" wooden bowls where the tension from the drying wood has put a slight warp into the bow.
Many of these are real works of art.
1 Reply
1
Reply Mon 23 Jul, 2012 12:07 am
@farmerman,
These were made circa 1930, and not a warp or split anywhere. The 12" diameter bowl is one piece, so it must have been either very well seasoned, or myrtle is an exceptional wood.
0 Replies