Freemasons have to go

Forums: Conspiracy Theories, Freemasons, Prince Charles
Email this Topic • Print this Page
Reply Wed 5 Oct, 2011 08:43 am
Common belief is that Prince Charles is a harmless tit. Prince Charles is not harmless. Besides his ordinary Royal influence with world leaders strengthened by visits abroad in the name of good UK relations, he is the worlds leading Freemason. On the face of things that gives him power across the whole of the former British empire, where Freemasonry flourishes. What Many people don't realise is that he is also the most senior figure in the NWO (new world order) a masonic organisation which enforces a heavy global influence. Charles' obviously Jewish traits are evidence of a conspiracy which involved The Vatican while allied to Hitler Via Mousolini. Hitler had a personal relationship with members of the (German) UK royal family. 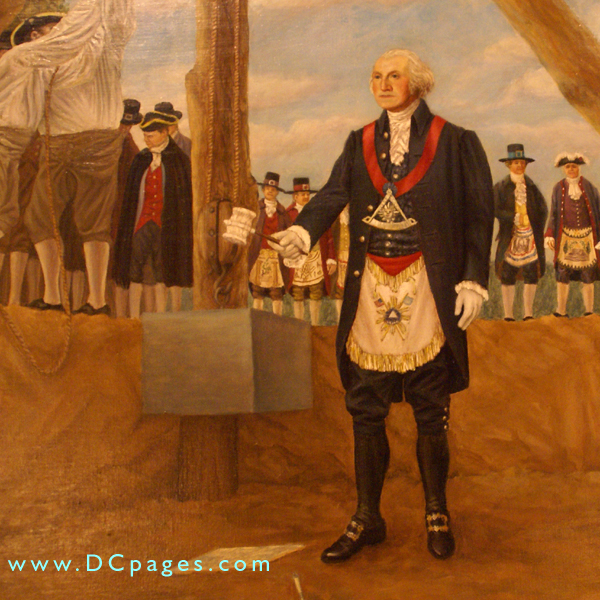 Common belief is that Prince Charles is a harmless tit.

That's an insult to tits.
1 Reply
1
Reply Wed 5 Oct, 2011 09:28 am
@joefromchicago,
It is a rumour in the pub milieu that PC is a tit man. Hence his obsession with Camilla overcoming his duty to Diana and the State.

One has no choice in these things he might say in his defence. And with no objection from me.

But I don't think freemasonry encourages such a thing judging from those I have known who subscribe to the craft. They were, to a man, dick men. They scored. They worshipped themselves too much to have any inclination to worship anything else least of all a pair of pendulous and generous norkie fun-bags.

So if he is the leader of the freemasons I guess it is a fixed aspect of his fate as the first born son of H.M. Our Gracious Queen, who is not at all lacking in the tit department Herself. It might not mean he subscribes to the doctrines of free masons. He might simply go through the minimal motions for the sake of peace and quiet and because he is so very polite and civilised. And maybe some small contracts.
0 Replies
1
Reply Wed 5 Oct, 2011 09:28 am
@yhwh,
Wow - you mean Prince Charles is gonna take over the world?!

Who would have thought?

What does that then make Princess Kate?

Being a English Freemason I can say that neither HRH the Prince of Wales or HRH the Duke of Edinburgh are Freemasons. HRH The Duke of Kent is the current Grand Master

On the other hand, the late Queen Mother (beloved grandmother of Charles) was a great fan of Jackie Mason.

1 Reply
1
Reply Wed 5 Oct, 2011 09:48 am
@fresco,
But everybody knows fresco that the freemasons are secretive and they would say what you have quoted if PC's membership and seniority was a secret.

The tone of your quote is that of one having to answer a question which couldn't be avoided and to which there is only one other answer.

Now there was a guy who knew his conspiracy ****. Knights Templar,
Rosicrucians, Gnostics, Freemasons, Illuminati, Elders of Zion, Cabalists,
Bogomils, Cathars -- you name it, he was the man to tell you how they all
fit into The Master Plan.