Wow, you have really been showing of late that I have overvalued your ability to perceive the truth.

I thought you had rated that at zero. Am I negative now?

If you are saying that the ~40% straight white male population used to enjoy 99% of the key roles and now that is lower, I'd agree. If you are saying the ~40% white male population is getting less than 40% of new key roles, I'd say you are delusional. Since we're all about new media, look through the number of bloggers on the number one blog Huffington Post. Despite the site being founded by a white woman, the majority of commentators on the politics, business, media, tech, comedy and world sections are men. (They post pictures of bloggers and they run down the left side of any given page if you want to try this yourself. It takes about ten seconds a page.) Women win out on style, food (barely) and healthy living, just like they would have thirty years ago. The number two blog is TMZ. I don't see a lot of commentators there so I don't know how that falls out. Number three: Business Insider, number four: Engadget. White male heavens. Perez Hilton is next, you win that one, but next is Gizmodo, another young white guy tech site. The face of Google: three white guys. Facebook, Apple, the same. 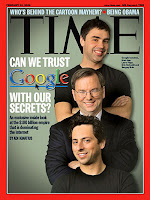 Just about all the respected blogs in business, technology and comedy are full of white males. Politics is mostly the same. But I would agree that there are more opportunities for breakthrough websites and blogs from women and minorities. I think that is more about bypassing obstacles in the mainstream than about how people hate white males.
1 Reply
1
Reply Wed 15 Jun, 2011 05:11 pm
@engineer,
Quote:

the majority of commentators on the politics, business, media, tech, comedy and world sections are men. (

I'd say white men are doing really well here. I'm even more encouraged that you got pretty far down my list before even coming up with a challenge.

I assume you're speaking from a position of some authority on this one.


No, as someone who is not an idiot. If you pretend to be like someone else you must do it extremely well or else people will see though your act, your audience knows the type too well. It is always easier to pretend to be some rare bird, because when how you act does not seem right your audience most of the time will say to themselves " I must not know the type very well, the weirdness must be because of my ignorance". My education on this comes from being on line for a lot of years, being in many different communities and paying attention to the trouble makers, and the tricks they use to get away with it.....for awhile.
0 Replies
3
Reply Wed 15 Jun, 2011 05:31 pm
This joker just cracks me up.
0 Replies
3
Reply Wed 15 Jun, 2011 05:35 pm
@engineer,
According to this page at Wikipedia, fractionally more than 72% of the United States population are white, so it would be reasonable to assume that roughly 36% of the United States population are white males. Looks to me as though they're doing much better than their proportion of the population. Only somewhat more than one third of any such group ought to be white males--when they're more than 50% of the group, they're over-represented.

Chicken Little's mantra, though, would have one believe that white males are a horribly oppressed minority.
1 Reply
0
Reply Wed 15 Jun, 2011 05:39 pm
@Setanta,
Quote:

Only somewhat more than one third of any such group ought to be white males--when they're more than 50% of the group, they're over-represented.

I have said little about that, as my interest is in why he choose to a lesbian online persona. I do think that people feel jilted but I also think that people tend to have a great deal of trouble judging the meaning of things in life because people are poorly educated and this tendency to unreasonably assume that online persona's are true depictions of actual people is part of that. I think that people dont like events like this which rub into their face that they have been idiots. This angle of the reaction to confronting the deception is interesting I agree, but it is not really the part of this story that interests me.


You have a very strange way of looking at things. You see the problem as other people feel like they are idiots because they believed someone who lied? Would I be an idiot because I believed something you or anyone else said? I still think most people look for the best in others and you obviously don't. No one is an idiot because they read something online and they believed it. Yeah, some stuff is whacked and obviously suspicious. But this wasn't.