im looking for a witch 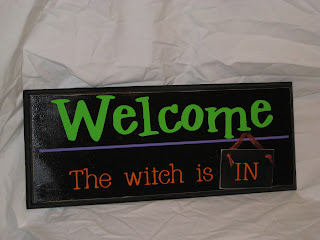 0 Replies
-2
Reply Sun 27 Mar, 2011 02:32 pm
you know guys and trolls i dont care any more . here comes BIG **** YOU TO all off you who spammed in that thread and now go f yourself
1 Reply
2
Reply Sun 27 Mar, 2011 02:36 pm
@jankuuu,
You have to realize some people would be suspicious of such a request as you have made here. This is the 21st century and most people are not going to seriously look for a witch to solve their problems, unless it is still in their culture. I think that you might be vulnerable to someone taking advantage of your trusting nature, but the people here are not going to let us talk. Instead they are going to tease you and be mean and I don't blame you for getting mad.
1 Reply
1
Reply Sun 27 Mar, 2011 02:41 pm
@Green Witch,
It might have been helpful if jankuuu had described the health problem, or bad luck problem, that was the reason a witch was being sought--and mentioned why a witch was the best person to handle those problems.

That would have allowed people to better evaluate the request.

1 Reply
2
Reply Sun 27 Mar, 2011 02:45 pm
@firefly,
I asked her those very questions a few pages back and my post was buried in spam. I could be wrong, but I really think this is a young girl (woman?) from a culture that believes in these things, and I think running around the internet asking for this kind of help marks her for con-artists.
1 Reply
1
Reply Sun 27 Mar, 2011 03:19 pm
@Green Witch,
My two posts were neither mean nor was it spam.

My replies were intended as humor. If it's not interpreted that way, then so be it. Proof of sincerity and intergrity is the way a person (OP) chooses to respond. Profanity-laced replies aren't productive. Poorly worded and confusing requests are hard to regard seriously. Her own attempt to clarify seemed to contradict her initial post. Again hard to take seriously. Try being objective about what transpired.

To each their own, but IMHO no way do I view OP attempt to get help as real. I find people who are sincere about requests have more patience and some sort of civility. Your mileage may vary.

Gone
2 Replies
7
Reply Sun 27 Mar, 2011 03:31 pm
@Ragman,
There are places in Africa that still kidnap and kill children in the name of witchcraft, so I prefer to take things like this seriously at first and dismiss them later if they appear to be false. I feel she was jumped on and teased from the get-go. I don't think I would have stuck around this place either if I was looking for help and people started making jokes about what I might perceive as a real problem. People arrive here from many places and many backgrounds and it's not fair to judge them on their first post.
2 Replies
2
Reply Sun 27 Mar, 2011 04:31 pm
@Green Witch,
There are ethnic/cultural sites that would be considerably more appropriate to discuss such issues as witchcraft or finding a witch, and which would be more sympathetic to the matter--if one is serious about the issue.

You must admit that A2K is a somewhat odd choice for the topic, if the poster is seeking something that is culture-specific.

The poster did not respond to your questions, even though he/she responded to some other posts, and never explained either the nature of the problem or the type of "witch" being sought.

People weren't being either mean or teasing. They were being playful in a fairly good natured way, and the thread was not being spammed. And the poster did not seem initially bothered--he/she commented that one of the responses was funny. At any time, the poster could have better explained what they were looking for.

And I really don't think the poster's last response, "BIG **** YOU" was at all warranted.

1 Reply
4
Reply Sun 27 Mar, 2011 05:50 pm
@Ragman,
Like Green Witch, I think it was a real effort. Not an especially effective effort, but real nonetheless. I think the best that can be hoped for is two or three serious responses, usually early on, followed by some playful answers.

I once asked a serious questions about how spiders found their way around the web. I hoped for better, but sometimes you take what you get.
2 Replies
2
Reply Sun 27 Mar, 2011 06:35 pm
@firefly,
I think it's making a big assumption that the OP understood the responses for what they were. In fact, it seems a little easier to believe the opposite. If that's true, you can't neccesarily blame him/her for the response. It's not exactly fair to assume that everyone, or anyone, is going to understand the intent of every post. In fact, I bet most us didn't understand the original post even though, to the OP, it was perfectly simple.

Still, you're right. There was some real effort to actually help and it seems those attempts weren't adequately responded to in favor of replying negatively to others. It does pose some questions. Not that any of us are deserving of those answers.

In any event, maybe the OP will look to PM the few who actually do want to help.

1 Reply
1
Reply Sun 27 Mar, 2011 07:38 pm
@Green Witch,
Understood! However, IMHO, you are spinning a scenario about the OP at which you are purely guessing. Granted that it's a possibility. And I hear that your approach is different than mine and you're trying to raise consciousness. I'll buy you an evening's worth of drinks (assuming you drink) if your scenario about this OP being a voodoo practitioner is correct. What do you sincerely guess the number of vodoo practitioners whom have net access legitimately is?

I will say this: in the future I'll tery to wait for at least 2 pages with a peculiar thread such as this before I make I go the humor root. Of course, by then all the pickings will have stripped the carcas clean. I'm just sayin' - much ado about very little. Witch doctors and spells are hard to take serious for me...call it a fatal flaw of mine.
0 Replies
1
Reply Sun 27 Mar, 2011 08:12 pm
@roger,
Quote:

I once asked a serious questions about how spiders found their way around the web. I hoped for better, but sometimes you take what you get.

Really? I would give you a serious answer about that. The interesting part is the arms race between people writing spiders, and people writing tricks to detect and stop them.

I was wondering whether green witch and jankuuu would be comfortable using the mail option here for a little privacy.
0 Replies
3
Reply Sun 27 Mar, 2011 09:32 pm
@MrSandman,
I think I understood the OP--the poster was allegedly looking for a witch to help reverse a spell (as in a period) of bad luck and health problems that he/she was having. But that's about the extent of the information that the poster provided.
And nothing the poster said subsequently clarified why these were problems that required the services of a witch, or what sort of witch was needed.

It was the lack of info that contributed to some of the playful responses. The poster didn't offer enough elaboration to be taken completely seriously.

Only in response to a question, did the poster say

no not green witch wiccan witch or voodoo witch

Well, what is a "real witch"? Why didn't this poster tell us more about what he/she was actually looking for? I've met many people who actually believe in Voodoo, or Espiritismo, or Santerismo, or Santeria Afro-Caribbean forms of magic, and those people can describe their beliefs and tell you exactly what sort of person they are looking for to cast a spell or remove one. And people who share these cultural beliefs generally know who casts spells, and where to find such people--at the very least, they know who to ask without suddenly popping into a strange forum that is unrelated to the culture.

So, I'm disinclined to believe that the OP was someone from a different culture who was naively looking for a practitioner of some culturally shared magic arts here at A2K.

And I do think the OP understood the responses he/she was getting. He/she apparently recognized the photo of Elizabeth Montgomery from "Bewitched" and thought it was funny. It is possible the person did not understand some of the word play that was going on. But the person was also being asked questions, by GreenWitch, that they chose not to answer, suggesting this was not someone seriously looking for help--or someone seriously looking for a "witch".

While I might not share those beliefs, I am perfectly willing to listen to and discuss any culturally based beliefs in magic without challenging them. I find the subject extremely interesting from an anthropological perspective and I've always felt that way. Had I thought the poster was serious, I would have responded accordingly.

Whether this poster was serious or not, it is extremely difficult to communicate with someone who is not supplying much info, and who additionally appears limited in coherent English.
0 Replies
1
Reply Sun 27 Mar, 2011 09:36 pm
@roger,
Quote:

I once asked a serious questions about how spiders found their way around the web.

They probably use Google.

Is Religion a type of Witchcraft? - Discussion by reasoning logic
Necromancer - Discussion by daverod
type of execution - Question by rebecca arwood
does anyone here practice or know about the occult? - Discussion by OGIONIK
Police in Nigeria are holding a goat on suspicion of attempted armed robbery - Discussion by Robert Gentel
Copyright © 2023 MadLab, LLC :: Terms of Service :: Privacy Policy :: Page generated in 0.03 seconds on 02/09/2023 at 12:24:28
▲ ▼