KAMPALA, Uganda — With the announcement of final voting results, President Omar Hassan al-Bashir of Sudan said Monday that his government would accept the choice of the long-embattled region of southern Sudan to separate from the north, setting the stage for the creation of the world’s newest country this summer.

According to the final count, announced in Sudan’s capital, Khartoum, 98.83 percent of the more than 3.8 million registered voters in southern Sudan chose to separate from the north. In many parts of the country the vote was over 99 percent.

Sudan has endured two long and brutal civil wars between the Arab north and the mostly animist and Christian south, in a period from the early years of independence from Britain to 2005, when a peace agreement was signed, setting the stage for the referendum.

Both President Bashir and the southern region’s president, Salva Kiir, were in attendance for the announcement as street celebrations spread through the southern capital, Juba.

“Today we received these results and we accept and welcome these results because they represent the will of the southern people,” Mr. Bashir said in a statement on state television, according to Reuters.

He also said that along with southern independence would come an Islamist renaissance in the north.

In Washington, the White House released a statement by President Obama congratulating the people of southern Sudan and announcing “the intention of the United States to formally recognize southern Sudan as a sovereign, independent state in July 2011.”

With the referendum vote now official, actual independence is expected to be declared July 9, when the peace agreement that set the stage for the vote expires.

Across the vast, African, oil-producing south, voters overwhelming chose to secede from the Arab north, which through conflict and marginalization helped keep the south one of the poorest and least-developed regions in the world.

In the frontier Unity State, nearly 500,000 people voted — but only 90 voted for unity with the north.

In Juba the day was met with jubilation. “This is what people have been expecting, and longed for, and have achieved it,” said Aleu Garang Aleu, a spokesman for the southern referendum bureau. “People will party. There will be disco. There will be dances. People are warming up for the celebration now.”

Thousands of Sudanese from around the world, particularly the United States, who fled during the years of war, have returned home to rebuild the south, and Juba is considered one of the fastest-growing cities in the world.

Now the south will have to focus on the intricate process of formally disentangling itself from the north.

On Monday the government said that it had plans to build a brand-new capital for the soon-to-be-country, and that designs had already been submitted. The southern information minister, Benjamin Marial, said: “The present capitals of Africa were established by colonial administrations. It was not established by the citizens themselves.”

Last month the government announced that an official name for the country — South Sudan — had been proposed.

But issues regarding citizenship, oil-revenue rights and the contested and volatile region of Abyei remain unresolved. Furthermore, both the southern and northern armies have failed to demobilize tens of thousands of soldiers.

According to the 2005 agreement that ended the civil war, integrated units of soldiers from both the north and south patrol particular points in the region.

But last week, clashes exploded between soldiers within some of the integrated units stationed in the frontier state of Upper Nile, killing at least 50. Mr. Bashir, who has been in power nearly 18 years, faces many of the same economic pressures as does President Hosni Mubarak of Egypt, where protests threaten his government.

Protests broke out in Khartoum on Jan. 30, and plans for more have appeared on Facebook.

mebbe they should offer naming rights... 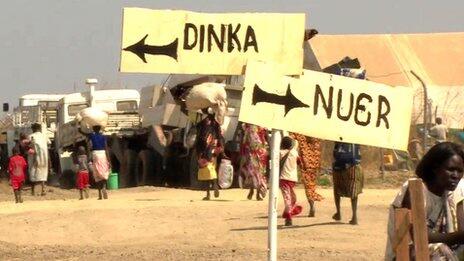