Wally looks at me like I'm crazy when I say "It's the Holidays! Have some Herring!"


Christmas isn't Christmas without some of hamburgboy's pickled herring and beet salad.

All my life, my cholesterol has been stellar. Low total, low LDL's high HDL's, low/normal trig, wonderful ratios between LDLs/HDL's, etc.
I imagine it is genetics, although I have gravitated toward healthy foods all my life.

However, since menopause, the numbers have changed. For someone who has problems, I think my numbers would still cause envy. But, they are not where I personally want them to be. I exercise regulary, so I'm approaching this with diet.

Since I started my sardine kick, I've also add other foods I have eaten every day.

Sardines
24 oz orange juice
2 small squares of dark choc (70%)
walnuts - hmmm...I eat the walnuts about half the time, by the end of the day I sometimes don't want them, since I've eaten enough.

I'm going to wait until closer to the end of the year, and ask to have bloodwork taken again.

I just got my bloodwork back.

For a month I ate sardines like 6 days a week, drank 3 glasses of oj (not from concentrate), ate walnuts maybe 4 times a week, and a small about of dark choclate maybe 4 or 5 times a week.

I'm really encouraged by that increase in HDL's.
It was really discouraging to up one's exercise, not eat some things you really like, and see absolutley no difference.
0 Replies
1
Reply Mon 20 Dec, 2010 05:10 pm
May I ask your age, weight and height?

Besides, I don't know what you mean by "all those things", since the only number that significantly changed was my HDL's (again, see the post I made directly above the one with the updated numbers.)
0 Replies
1
Reply Tue 21 Dec, 2010 05:46 am
@chai2,
Sardines for breakfast

Bela Sardines. I just had ones that were lightly smoked and packed in lemon and extra virgin olive oil. 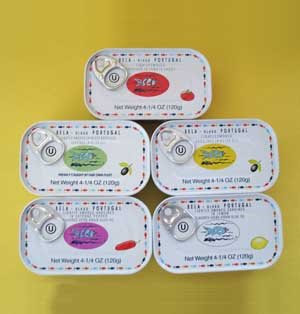 Just had some mashed with chopped onion and a squidge of tomato puree and a bit of the can/oil - on toast.
1 Reply