Forums: Appearance, School Photos, Photoshop
Email this Topic • Print this Page
Reply Sat 20 Nov, 2010 04:42 am
What the heck is going on? Don't talk fat - and now teach your children that you want them to be different from what they are and pretend they're something other than what they are at any given moment, because everyone else cares and that's important:

No Boo-boos or Cowlicks? Only in School Pictures

Oliver Tracy showed up for his first-grade portrait with a crisp white shirt tucked into navy slacks, a striped tie slightly too long for his tiny frame, and not a lock of his sun-streaked blond hair out of place.
When his school picture was taken, Oliver Tracy, a Brooklyn first grader, had a scab near his eye, from a tumble while he was playing tag.In his school photo, retouching made Oliver’s scab disappear. But just above Oliver’s right cheek was a scab; he had tumbled while playing tag.
His father, Jahn Tracy, had e-mailed the school, the Bay Ridge Preparatory School in Brooklyn, to see if Oliver could take the photo on another day, after the cut healed.
Mr. Tracy need not have worried. When the big envelope of photos arrived, Oliver’s blemish was nowhere in sight. The practice of altering photos, long a standard in the world of glossy magazines and fashion shoots, has trickled down to the wholesome domain of the school portrait.
Parents who once had only to choose how many wallet-size and 5-by-7 copies they wanted are now being offered options like erasing scars, moles, acne and braces, whitening teeth or turning a bad hair day into a good one.
School photography companies around the country have begun to offer the service on a widespread basis over the past half-dozen years, in response to parents’ requests and to developments in technology that made fixing the haircut a 5-year-old gave herself, or popping a tooth into a jack-o’-lantern smile, easy and inexpensive.
And every year, the companies say, the number of requests grows. Joseph Sell, the New York area manager for Lifetouch, which says it takes about 30 million student photos a year, estimates that 10 percent of the company’s photos of elementary school pupils are now altered or, in the industry parlance, retouched.
Another company, Highpoint Pictures, estimated the proportion at 2 to 5 percent. The numbers go up after the seventh grade, Mr. Sell said.
By senior year, sometimes half of a class requests retouching, he said. “The media and magazines have exposed our marketplace to people that are well groomed and well cared for,” Mr. Sell said.
Lifetouch offers several levels of retouching, which can include a $6 “basic” treatment for small changes like removing the glare from eyeglasses; a $10-to-$20 “premier,” in which the teeth will be whitened or a cowlick tamed; and intricate, and more expensive, custom changes, like adding a tie or making short sleeves long.
What else can be tweaked? “There’s really not much limit,” Mr. Sell said. Mindy Cimmino of Wrentham, Mass., who owns an event-planning company, said she was initially aghast when she noticed a small check box on her children’s photo order forms asking whether she wanted retouching.
Then, two years ago, her daughter Delaina scratched her face the day before her third-grade portrait. Delaina was despondent about going to school that day. So Ms. Cimmino checked the box.
“My rationale was, this is not something that is part of her face,” she said. “I didn’t feel like I was changing my child.”
(The father of Oliver, the Brooklyn first grader, gave a similar explanation for choosing retouching. “It’s not like I’m making him thinner,” Mr. Tracy said.)
But Ms. Cimmino said she was stunned to learn that a parent of a classmate of Delaina’s had asked for the congenital strawberry mark on the child’s face to be wiped away. “That’s your kid,” Ms. Cimmino said in an interview. “You really need to think about the message it gives your kids about accepting themselves.”
Glossing over lasting disfigurements might not be a bad thing, said Dr. Bradley S. Peterson, chief of child and adolescent psychiatry at Columbia University and the New York State Psychiatric Institute. “There are kids who have some substantial socially stigmatizing features that they want to tone down,” Dr. Peterson said. Doing so in a photograph can build confidence, he said.
But parents who choose to edit also run the risk of “potentially validating the concerns that it is not O.K. to be that way,” Dr. Peterson said. “In some ways,” he said, “even though they’re trying to help the child’s confidence, it could inadvertently undermine it.” Some companies have quietly offered retouching for many years.

The rest of the article is here:
http://www.nytimes.com/2010/11/20/nyregion/20retouch.html
Type: Question • Score: 2 • Views: 3,020 • Replies: 5
No top replies
1
Reply Sat 20 Nov, 2010 04:46 am
This is my all-time favorite school picture of my daughter. I forgot it was school picture day (and I'm so happy I did) so she just looked like she always did - like a little girl who loved to play and didn't care if her hair was messy...I wouldn't trade this picture for the world - and especially not for an air-brushed idealized version of what a little girl is SUPPOSED to look like:

0 Replies
1
Reply Sat 20 Nov, 2010 08:28 am
It's the banality of those mass market school photos that make them so endearing! I was upset that our school brought in a private photographer this year to do portraits because I love those cheesy school photos so much.

But I do understand that for some families these are THE photos for the year and they want them to be nice. I can understand getting rid of a scab or some acne but draw the line, like someone in the article said, at anything that is part of their face -- scars, birthmarks, that sort of thing.

I had a friend who worked as a retoucher for one of the major school photo chains. He worked group photos and his main job was to find kids giving the finger and making gang signs. He worked from a massive "hand bank" that had every type of hand in every possible color and he could drop a new hand in and save the picture for everyone. He loved turning a kid giving the finger into a kid giving a friendly wave. He always wished he could see their reaction.

I'm fully in favor of retouching in those situations.
0 Replies
1
Reply Sat 20 Nov, 2010 09:14 am
Related but not safe for work (and not for people who find Playboy objectional)...

It's "The Year Of The Rabbit" at Christie's, which has put up for auction an array of Playboy memorabilia. The most interesting are the copies of Playboy centerfolds from the 1990s and early 2000s that are marked up by editors and the art department — and subjected to a panel that grades them with a composite score.

Love the quote "When your fantasy woman is not fantastic enough."
0 Replies
1
Reply Sat 20 Nov, 2010 09:39 am
I dislike school pictures, period. In all the years, not one of the pictures taken
of my daughter in school, is really nice. She looks waxy and doll like in all of them and I never buy them either, except the one she needs for her yearbook. The backdrop choices alone are so hideous and straight from the 60s.

One of my friends is a great photographer and she would volunteer at schools to take school pictures, but no, it seems like the contracts for school pictures are
given through the city and gawd knows what the insider deal is there... 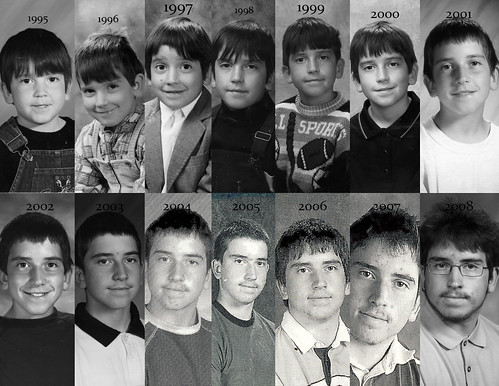 Boyfriend says I need to gain weight? - Question by ntaylor0568
How can I stop wanting guys to look at my body? - Question by IWantToBeCloserToGod
Does having a big nose make you ugly (on a guy) - Question by Thatkidagain
I'm just 15 & my beard is partially turning brown. What can I do? - Question by Swapnil
Do I look attractive with a shaved head? - Question by delancey
what can I do for discoloration of the skin on my face - Question by maemandy
Boys: How do you think I look? - Question by DexGirl28
nice smile - Question by mmaria623
Photobooks of Primary Care Physicians Online - Discussion by Miller
Not photogenic, or just ugly? - Discussion by Slappy Doo Hoo
Copyright © 2021 MadLab, LLC :: Terms of Service :: Privacy Policy :: Page generated in 0.03 seconds on 06/16/2021 at 03:37:14
▲ ▼