looks like a punto-aviles platoon until the kid figures out how to hit.

wake to announce his retirement today...

After 19 seasons in the majors -- 17 of them with the Boston Red Sox -- knuckleballer Tim Wakefield will announce
his retirement from baseball Friday afternoon.

The 45-year-old Wakefield will walk away with 186 victories with the Red Sox, just six short of the team record
shared by Cy Young and Roger Clemens. He recorded his 200th career victory late last season.

Wakefield said toward the end of last season that he wanted to return for his 18th season with the Red Sox, but as
the winter wore on it became clear he was not in Boston's plans. The team extended him an invitation to spring
training but did not guarantee him a roster spot. Had Wakefield accepted, he likely would have competed for the
fifth spot in the rotation.

The Red Sox extended a similar invitation to captain Jason Varitek, who has spent the past 15 years with the team.
It remains unclear whether the soon-to-be-40-year-old catcher will take them up on the invitation, sign elsewhere or
retire.

wake to announce his retirement today....

When asked, he said that his years pitching for the Boston Skinny Pups Fantasy Baseball team were his favorites.

Beckett and fellow pitcher Jon Lester met separately with reporters Sunday, expressing varying degrees
of responsibility for the team's collapse last September but agreeing that the fans' anger was understandable.

"They should be (angry),'' Lester said Sunday morning, reporting day for Red Sox pitchers and catchers.
"We didn't play very good. With all the other stuff added on top of that, it's obviously going to make it worse.
I don't blame them for being mad. We didn't play good. We stunk. I stunk. I take complete responsibility for it.

"With that being said, we've all learned from it. We've all moved on. I'm sure that's going to be a big theme
in spring training for a lot of guys. We're moving on and we're looking forward to 2012. I think that desire
(is there) to compete and really win and show the fans that we do actually care. I think a lot of fans don't think
we care and that we're a bunch of babies, but we do care. We want to win and we want to get back into the
playoffs and hopefully bring a World Series back to this town again and show these fans that we are a good team."

Beckett also acknowledged that the Red Sox must win back the trust of their fan base.

The Chicago Cubs are sending relief pitcher Chris Carpenter to the Boston Red Sox as compensation for hiring
Theo Epstein as president of baseball operations.

The Cubs and Red Sox will also exchange players to be named at a later date.

The sides had been unable to agree on compensation since Epstein left as general manager of the Red Sox in
October. The matter was eventually passed on to commissioner Bud Selig and both sides submitted written arguments
to Selig last week. But Epstein indicated Tuesday that the sides finally agreed on their own.

"I am relieved that this process is over and particularly pleased that the teams were able to reach agreement on their
own without intervention from MLB," Epstein said in a statement. "I truly hope and believe that this resolution will
benefit both clubs, as well as Chris, who is an extremely talented reliever joining a great organization at a time when
there's some opportunity in the major league bullpen."

"More than anything, I'm excited that we can all move forward and focus exclusively on getting ready for the season.
I wish Chris and the Red Sox nothing but the best in 2012 and beyond."

To make room on the roster for Carpenter, the Red Sox placed reliever Bobby Jenks on the 60-day disabled list as he
recovers from back surgery.

Carpenter, 26, made 42 relief appearances combined at Double-A, Triple-A and for the Cubs last season; with Chicago,
the right-hander had a 2.79 ERA in 10 relief outings in his first major league action. He is 21-19 with a 3.62 ERA in four
minor league seasons.

Beer consumption also will be cut off on the last leg of road trips, he said.

Valentine said he informed the team of the change Saturday morning during a meeting of the
full squad, with the Red Sox owners and the baseball operations staff in attendance.

Jason Varitek, the longest tenured member of the Red Sox and catcher of two World Series-winning teams,
will announce his retirement on Thursday in Fort Myers, Fla., a major league source confirmed Monday.

Varitek has been offered a position within the organization, but it is unclear whether he will accept it, the
source said.

Varitek, who turns 40 on April 11, was offered a minor league contract and an invitation to big league camp
by the Red Sox but has not been at the team's training facility. He has been with the Red Sox since his trade
from Seattle in 1997 and retires having played all 1,546 games of his major-league career with Boston. His
1,488 games caught is a club record.

Red Sox pitcher Jon Lester wrote on his Twitter account: "Can't believe Tek is retiring. Such an HONOR to
have him behind my plate all these years! Awesome man & amazing teammate."

Varitek last season signaled a desire to continue playing for at least a few more years, and fellow catcher
Jarrod Saltalamacchia said earlier this spring that Varitek has been catching, throwing and hitting all winter.

But Varitek, a free agent who served as the Red Sox captain, has not been offered a big league job by another
club. 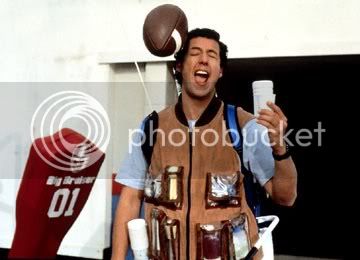 Wonder if Ortiz would serve as team captain? Oh, wait! I know who'd be an awesome captain...Dustin Pedroia.

plus we got luke scott mouthing off...
0 Replies
2
Reply Sat 3 Mar, 2012 07:44 am
@Region Philbis,
Re the Captainship issue: Pretty interesting strategy...or is it an appropriate response to the poor performance and mental shutdown of last year's "team"? Bobby V is a good and sometimes top-tier manager...but his burn-out rate is about 3 yrs before he loses effectiveness. Hopefully in less than 3 yrs this collection of athletes can become a division-leading team again.

Speaking of strategy and master-of-headgames, that business of jabbing at Jeter, etc... that's pretty much part of the theater of Bobby V; however, who really thinks the Red Sawx-Yankees rivalry needs stroking? Any of the Yankees or Red Sawx players? Nawww! Purely a feeding of the media - not a horrible tactic but pretty meaningless. Jeter surely laughed it off as he never lets anything get under his skin.

As for Luke Scott's comments about Sawx fans and his arrogance and gloating over the Oriole's doing the final insult at last season's end...I got news for Scott about his former team and its fans. I went to an Orioles game when they played the Sawx and the stadium was 90% LOUD Red Sawx fans. Nice team support, huh?
0 Replies