Muslim man sues workmates for laughing at his beard. But have you seen the beard?

A Muslim police officer claims he was forced out of his job by colleagues who made fun of his beard and called him a 'f***ing Paki'.

PC Javid Iqbal, 38, said white officers openly discussed in front of him how they were ' better' than their ethnic-minority colleagues.

The married father of two also claims officers pulled faces at each other if told they had to go out on patrol with him and forced him to walk home from a job instead of picking him up.

Now I don't condone discrimination, but really, have a look at this beard. I couldn't keep myself from laughing if I tried.

or a lot more going on than a beard.
0 Replies
1
Reply Tue 17 Mar, 2009 09:20 pm
As one reads the whole story, it becomes apparent that there is a lot more to the happenings in this police force than mocking a beard. 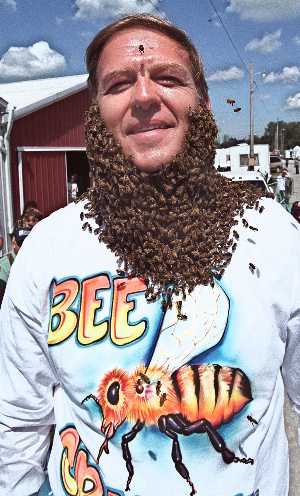