Scientist claims Pterodactyls were too heavy to fly

Try doing google searches on 'podkletnov' and/or 'boeing grasp'.....
2 Replies
2
Reply Thu 2 Oct, 2008 10:42 pm
@gungasnake,
You can't be serious can you? You are pointing to a quack like Podkletnov as evidence?

"The recent report that we are is based on a misinterpretation of information. For instance, GRASP is not a codename for a current project but rather an acronym for a presentation entitled "Gravity Research for Advanced Space Propulsion," in which a Boeing engineer explains Podkletnov's theory and proposes that we should continue to monitor this work and perhaps even conduct some low-cost experiments to further assess its plausibility. No steps have been taken beyond this point by Boeing."

The reason why is because Podkletnov can't demonstrate any of what he claims he has observed and after being shunned by the scientific community he moved back to Russia to work as an engineer.

He claims his research continued at an unnamed "chemical scientific research center" but still hasn't been able to demonstrate it.

He's just a quack who managed to get some journalists a bit giddy, what are you citing him for? Anyone can claim they reduced gravity, but if they can't show anyone the proof what's the point?
1 Reply
0
Reply Fri 3 Oct, 2008 12:19 am
@Robert Gentel,
The USAF doesn't have the luxury of worrying about whose science paradigm they might be running over; they're charged with the protection of the United States.
1 Reply
2
Reply Fri 3 Oct, 2008 12:30 am
@gungasnake,
Others have already tried to invoke the military secrecy cover but the fact remains that there's no evidence for the claim.

The problem with that is that he also tries to claim he's demonstrated it at Universities who don't corroborate his story while he claims they are keeping quiet about it due to fear of ridicule.

"It's not BS, it's a secret!" gets old pretty quick, and in any case has no place in a scientific discussion. If there is no evidence for it there's little scientific value to it and it doesn't matter if you try to explain the lacking evidence away as due to it being a "secret".
3 Replies
1
Reply Fri 3 Oct, 2008 01:32 am
@Robert Gentel,
so the things with wings cant fly.

why would they have wings then...
1 Reply
2
Reply Fri 3 Oct, 2008 02:32 am
@OGIONIK,
I believe they could fly, there's a lot more than the wings that point towards that. However the presence of wings alone don't mean it could fly. 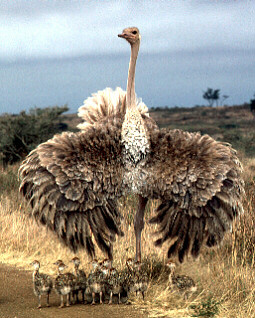 Try understanding mass and gravity and orbital mechanics. Aw hell, just get a grip on reality.

I believe they could fly, there's a lot more than the wings that point towards that. However the presence of wings alone don't mean it could fly.

Correct. The entire Pterosaur body plan was based on the ability to fly. Even it's teeth indicate a feeding mechanism which relied on flight.

We have no flying reptiles today. The physiology of Pterosaurs was probably very different from birds, and possibly different from any animal on earth today. For example, being cold blooded, reptiles don't need to eat as much as mammals or birds, and some reptiles today are VERY long lived. It's possible that the super-sized Pterosaurs were the oldest members of the population who may have spent most of their long lives flying and spent the later years only gliding from the highest roosts (which they earned by virtue of age and size). There's a lot we don't know about these creatures. A lot of possibilities.

0 Replies
0
Reply Fri 3 Oct, 2008 06:31 am
@Robert Gentel,
Reduced gravity is one theory you see for accounting for larger dinosaurs including sauropods as well as flying creatures. The other place you see it is in discussions of the ancient tectonic plates involving the former super continent; the claim is that the super continent itself had significantly greater curvature than the planet does at present, requiring that the planet has gained significant mass since then; that would affect gravity.

Weight is proportional to volume, a cubed figure while strength and every other measure of efficiency are proportional to squared figures, the familiar square/cube problem. You lose power/weight RATIO as you get larger no matter what you do, which is why you do not see 200-lb athletes in gymnastics. Calculations based on that idea apparently show an upper bound of somewhere between 20K and 30K lbs for anything to be able to stand up and walk in our world today. The biggest elephants are around 15,000 lbs and that's probably about one percent of elephants.

The problem with the Podkletnov experiment is that Einstein's version of what gravity is would forbid it. But then again as I noted, the USAF does not have the luxury of assuming Einstein to be right.

2 Replies
3
Reply Fri 3 Oct, 2008 06:51 am
@gungasnake,
After examining several fossils of so called flying dinosaurs, I have come to the conclusion that none of them can fly because they were made of stone. Nothing made of stone today can fly on its own so that proves beyond a reasonable doubt that dinosaurs can't fly.

Also after having conducted gravity experiments and talking to gravity itself, I have found that gravity is a great jokester and likes to keep secrets. It is it's secretive nature that allows gravity to change under "top secret" classification. Both gravity and I had a wonderful private laugh at Podkletnov after gravity changed in front of him in private but then refused to do it in public experiments. Gravity is snickering as I write this. I realize that this is going to cost me in revealing this truth and gravity will probably pants me during some public moment.
1 Reply
2
Reply Fri 3 Oct, 2008 07:01 am
@parados,
The issue of gravity weighs heavily on this discussion.
0 Replies
0
Reply Fri 3 Oct, 2008 09:09 am
@Robert Gentel,
One other stray thought... Podkletnov would require that gravity itself be some sort of an electrostatic effect and not a basic force in nature or some sort of a four dimensional differential geometry thing as Einstein claimed. There are a couple of theories out there which offer such descriptions and one which is particularly interesting since it arises from a study of reversible electrostatic fields being generated by currents i.e. does not appear to be any sort of an attempt to arrive at any sort of a pre-determined back-of-the-book solution to anything, and that would be Ralph Sansbury's version of what gravity is:

Reduced gravity is one theory you see for accounting for larger dinosaurs including sauropods as well as flying creatures.

Well, it's one of the very stupid ones.

The problem with the Podkletnov experiment is that Einstein's version of what gravity is would forbid it. But then again as I noted, the USAF does not have the luxury of assuming Einstein to be right.

No, the problem with his experiment is that he claims to have observed things that he subsequently has been unable to show anyone else. That lacking evidence for his bullshit is what the problem is. If the scientific community could verify his claim he'd be one of the most famous scientists on earth instead of a laughing stock.

And as to the idiotic USAF arguments you use: The USAF told me that they have proof positive that he was full of BS and that you are retarded, but the evidence is a "secret". Mind you, that just means I can't show it to you because of national security, but it's there and points to you being mind-numbingly retarded.
0 Replies
0
Reply Fri 3 Oct, 2008 06:21 pm
Yet another stray thought here... Aside from animals which wouldn't work under present circumstances, there are other kinds of things as well, e.g.

The army corps of engineers has stated that no modern technology could move that stone a single inch, much less any ancient technology.

The army corps of engineers has stated that no modern technology could move that stone a single inch, much less any ancient technology.

That stone (Hajar el Hibla) is still attached to the base of the quarry.

They didn't move it an inch.

You need a new mailing list gunga.
1 Reply
2
Reply Sat 4 Oct, 2008 04:36 am
The largest pterosaurs to date are the Quetzocatlus which had a reported wingspan of about 7.5 to 9 meters. Thats still way smaller than the "60 footer".

I did a shout-out to a paleo friend who stated that the 60 footer was an example of poor QA. The 60 ft pterosaur was created from a footprint in mexico and a supposed wing long bone from Isarel. (Frey 2007) reported that the Israely bone was actually a piece of "WOOD, and the footprint was probably from an early K dinosaur (It wasnt even of the same age formation as the wood'Bone" in Israel.

Sometimes eagerness to report some news gets in the way of factual evidence.

Quetzocoatl-did indeed fly, the skeletal remains were found in the sedimentological deep waters of a K sea. The assumption was that the flew over the area (of course, I suppose they could have used their wings as huge schooner-like sails and weve just missed this obvious feature for all these years).
Hell, when we look at the paleoecology of these critters, we see that almost all the skeletons were found from large embayments or estuaries and they were just paddling around with their jibs and mains'ls .


I think theres a paper in that speculation. Maybe gunga will help out.


1 Reply
1
Reply Sat 4 Oct, 2008 05:28 am
@Robert Gentel,
Although....flightless birds have little reason to have wings disappear quickly.....they can still be useful for display to mates and such, and do little harm....but the flying reptiles, insofar as I have seen their method of getting about on the ground modelled, woud seem to be seriously hampered by their wings on the ground.

I would have thought wings of any real proportionswould have been selected out relatively fast if they stopped flying, or took to falling out of the air because of those pesky gravity changes.
0 Replies
0
Reply Sat 4 Oct, 2008 07:09 am
@Robert Gentel,
They didn't carve the thing for funsies; they clearly meant to move it to a temple and then their plans got changed somehow or other. Grasping at straws trying to hold onto failed paradigms is not good science.

Aside from that there are other carved stones of similar sizes in Central America which HAVE been moved from quarries.

I did a shout-out to a paleo friend who stated that the 60 footer was an example of poor QA. The 60 ft pterosaur was created from a footprint in mexico and a supposed wing long bone from Isarel. (Frey 2007) reported that the Israely bone was actually a piece of "WOOD, and the footprint was probably from an early K dinosaur (It wasnt even of the same age formation as the wood'Bone" in Israel.

From the original article in 05 more or less:

..."The azdarchid fossils are small fragments but small fragments of something very big," said Dr Martill. "We now know the wing bones of their little finger were 12cm across which doesn't sound very much but that is phenomenal when you convert it into wingspan...

...Using computer three-dimensional imaging, scientists have calculated that the Israeli pterosaurs had a 14m wing span. But a new discovery of fossilised footprints in Mexico indicates some individuals had a wingspan of more than 18m....


Doesn't really sound like wood and nonsense to me; sounds like the bones of a finger indicating a 46' wingspan and a footprint indicating a creature with a 60' wingspan.

Again Langston originally wanted to construct his museum peices with 60' spans based on the bones he had and the aeronautics engineering dept. at UT wouldn't let him do it.

My god gunga.. if those rocks are the same size as your first picture, it means this man is 60' tall.
1 Reply