Forums: Finance, Economy
Email this Topic • Print this Page
Reply Sat 27 Sep, 2008 04:43 pm
have you stocked up on "buffalo" gold coins yet ?
apparently there has been a shortage of buffalo coins as some people buy gold coins in the hope of preserving some of their hard earned savings .
there will now be an allocation system to prevent any individual from hoarding too much of those precious coins .
(btw there are plenty of canadian "mapleleaf" gold coins and south-african "kruger-rands" available - so get your orders in - preferably for the canadian mapleleaf !) .
hbg

i notice that the buffalo is snorting "in god we trust" - so why are some people trusting GOLD ?

26 Sep 2008 | 03:48 PM ET : The U.S. Mint is temporarily halting sales of its popular American Buffalo 24-karat gold coins because it can't keep up with soaring demand as investors seek the safety of gold amid economic turbulence.

Mint spokesman Michael White said Friday that the sales were being suspended because demand for the coins, which were first introduced in 2006, has exceeded supply and the Mint's inventory of the coins has been depleted.

The Mint had to temporarily suspend sales of its American Eagle one-ounce gold coins on Aug. 15 and then later that month announced sales of the American Eagle coins would resume under an allocation program to designated dealers.

i notice that the buffalo is snorting "in god we trust" - so why are some people trusting GOLD ?

have you ever seen one of the german "inflation" banknotes ?
my dad told me that towards the end of the inflation period , workers were paid every day at NOON !
the wifes would be waiting with laundry baskets to carry the money . they'd spend the money IMMEDIATELY because by 4 pm the new exchange rate against the U.S. dollar would be set - making the day's pay practically worthless if it had not been spent .
we used to have a whole stack of the notes as "playmoney" when we were kids .
btw the possesion of goldcoins was punishable under german law at that time !
apparently one could buy a house for a few goldcoins - and hide them well !
hbg

26 Sep 2008 | 03:48 PM ET : The U.S. Mint is temporarily halting sales of its popular American Buffalo 24-karat gold coins because it can't keep up with soaring demand as investors seek the safety of gold amid economic turbulence.

Okay, now. The government has such a hot product that production can't keep up with demand. Is the solution to raise the price? No, it's to suspend production. No longer do I wonder why the economy is so bad. With that kind of thinking, I begin to wonder why it's as good as it is.

The Royal Canadian Mint is not suspending sales of its gold bullion coins and is able to meet rising investor demand for the precious metal, a spokeswoman said yesterday.

"Although we are facing growing demand, we can keep producing the coins to meet the demand as best we can," said spokeswoman Christine Aquino.

Investors are increasingly interested in gold products as the crisis ripping through financial markets makes them appear as the safest haven.

Coin dealers have reported a surge in buying of coins and other gold products. On Thursday, the U.S. Mint was forced to temporarily suspend sales of its American Buffalo 24-karat gold one-ounce bullion coins because strong demand depleted its inventory.
There had been market talk that Canada might make a similar move. But Canada's mint is less reliant on external suppliers than its U.S. counterpart. "The mint controls the gold bullion manufacturing process from start to finish: We refine our own gold, roll our own strip, make our own blanks and strike our own coins," Ms. Aquino said.

i think you might want to do what some russian ladies do : 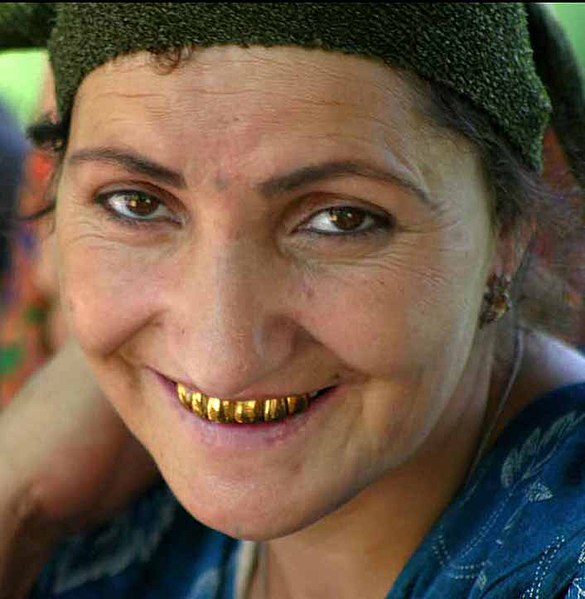 Edit: The site shows they are still selling them
http://catalog.usmint.gov/webapp/wcs/stores/servlet/CategoryDisplay?langId=-1&storeId=10001&catalogId=10001&identifier=0500

Edit again: It appears that the mint has stopped Platinum sales

0 Replies
2
Reply Sun 28 Sep, 2008 02:36 pm
@hamburger,
There's another bait and switch going on in the US with US currency. There's an outfit that advertises that you can get US coins "free," but the binders and shipping is 400% more than the face value of those currencies. I'm sure many are buying them, because they advertise in the media and on TV. Their meme is "urgency" to get these bargains, before they "run out."
1 Reply
1
Reply Tue 30 Sep, 2008 06:29 am
@dyslexia,
dyslexia wrote:

the day i buy gold to hedge against the economy is the day i take a shotgun and disconnect my brain.


I have been collecting coins since the mid 90's. I don't buy them because of the state of our economy.
0 Replies
1
Reply Tue 30 Sep, 2008 02:56 pm
@cicerone imposter,
Personally I wouldn't buy any coins advertised on tv. I would show pictures of some of my coins that are my favorites, but I don't keep my collection at my house.
0 Replies