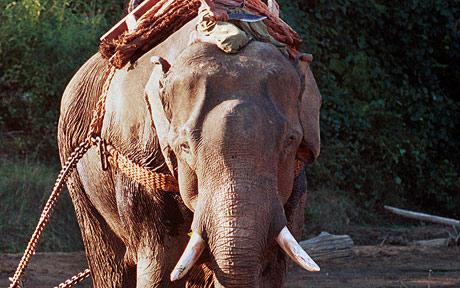 The four-year-old bull elephant appears to have put his years of drug abuse behind him thanks to time spent on China's tropical island province of Hainan.

A year of methadone injections at five times the human dosage helped wean the elephant off heroin.

Gradually, the dosage was reduced until he was completely weaned off the drug.

Referred to as 'Big Brother' or 'Xiguang' in Chinese media reports, the elephant was captured in 2005 in southwest China by illegal traders who fed him heroin-laced bananas.