Forums:
Email this Topic • Print this Page
1
Reply Mon 16 Jun, 2008 03:20 pm
BBB
When I had severe menstrual cramps, my mother would give me a teaspoon of turpentine to drink to thing my blood. Still makes me shiver to remember that.

Mustard plasters, also known as sinapisms, consist of a mixture of dry mustard powder and a small amount of flour, mixed with water or egg white to form a paste, and applied to the chest or abdomen to stimulate healing. In times past and present, the mixture was spread onto a cloth and applied to the chest or back. The mustard paste itself should never make contact with the skin. Applied externally, Black Mustard is used in the treatment of bronchial pneumonia and pleurisy.

Mustard oil irritates mucous membranes; therefore, excessive internal use has been known to cause stomach problems and kidney irritation. Breathing the vapors of a mustard plaster can trigger sneezing, coughing, and asthma attacks, as well as eye irritation. Leaving a mustard plaster on the bare skin for too long will lead to burning and blisters, even ulcers, and dead tissue. A mustard plaster should never be left on for longer than 30 minutes. The actual mustard paste never comes in direct contact with the skin, just the cloth on which it is spread. The paste resembles the Chinese mustard sauce served with eggrolls in many American Chinese restaurants.

A typical mustard plaster recipe includes powdered mustard (amounts vary from recipe to recipe) and flour combined with water or egg white. This is then spread on a layer of cotton or flannel cloth and placed on the body. Some old sources suggest that the mustard powder be blended with egg white rather than water to prevent blistering of the skin.

Mustard plasters are very common in Russia and other Post-Soviet states. It is a common belief there that mustard plasters stimulate the immune system, relieve pain and also have an anti-inflammatory effect. They are often used to treat common cold, runny nose, rheumatism and problems with the respiratory system.
0 Replies
1
Reply Mon 16 Jun, 2008 04:22 pm
shewolfnm wrote:

That's ridiculous. Everyone knows where babies come from. It's from having sex (unless you stand on your head, of course.*)


Does sex during handstands count?


THAT happens, I can assure you.

BBB came boogieing into the room, tossing pepper-coated cashew nuts right and left. Then she tripped over Eva's bunny slippers and flopped to the floor.
THUD!

What were you doing on the floor wearing Eva's bunny slippers? Were you trying to grab all of my cashews?

Will somebody help me up off the floor before I pee my pants?

Everybody over here! Hot buttered popcorn!!! 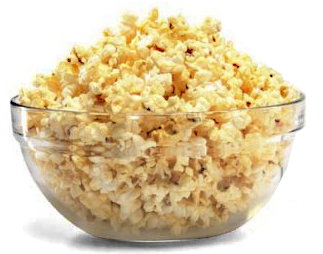 OKAY...First question: What was the biggest lie your mother ever told you?

It wasn't lies, so much, as awful attitudes.


Here's a thing...my mother wouldn't tell me about sex, so I remained totally ignorant for a long time.


I figured that babies must happen when you got married because god knew you were married and gave them to you (I knew they grew inside...I just didn't know how they got there...)


Now...my mother WOULD tell me that, if I got pregnant (though I didn't know how) I would be kicked out and would never be allowed to darken her door again.


This made me worry. I knew people got pregnant without being married...and it seemed to have something to do with what the letters to the advice columns in women's magazines called "being intimate" with a male.


I decided that, if you got very close to a boy, and spent lots of time with him, a busy god sometimes assumed you were married, and mistakenly gave you a baby.


As a lot of my friends were boys I was very nervous about this, since I didn't want to be thrown out of the family.

One day my mother and I had a big fight about unmarried pregnancy that went on for ages.

I knew it was all about god getting confused, and hence argued that it wasn't the girl's fault. My mother, who must have assumed I had found out about sex somewhere, was angrily denouncing the girls (NOT the boys you will note....grrrrrrrrr).


It is amazing how long you can argue about something without either of you discovering the reason for your disagreement.

Eva, it's not your turn to pick on Dlowan. There's a long line ahead of you.

she is NOT a bunny slipper


I await the return to proper spelling. 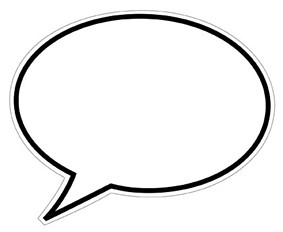 what r u sayn?

there are no boys here

simple.
Someone asks you truth or dare, you pick one that you want to do.
Do you want to tell the truth to what ever question they ask you?
Or do you want to do what ever they dare you to do?
0 Replies
1
Reply Mon 16 Jun, 2008 07:14 pm
Yes, but it doesn't have to be "the bottle", dare also can be something
daring one would have to do - like going out and kissing up to cjhsa,
or post a bootie picture of yourself. Things like that!
0 Replies