Howl with your friends.

the coyotes had best howl from a distance tonight, there is a bounty on them at the moment.

wishing I could have just a few more bits of miss noddy's sage wisdom aboot now...
0 Replies
3
Reply Thu 28 Mar, 2013 07:29 am
We mentally howled while walking to dinner last night.*

The July 2013 full moon falls on Monday, July 22, 2013 at 18:16 UTC. This month’s full moon falls one day after July’s lunar perigee, which is the moon’s closest point to Earth for this monthly orbit. Astronomers will call this full moon a perigee full moon, but everyone else will call it a supermoon, according to a definition coined in recent decades by an astrologer.

watched it rise over the pond.

I howled last night for Noddy and mrs hamburger and other friends and family to help Drew through the surgery that's coming up.

Gonna do it tonight. 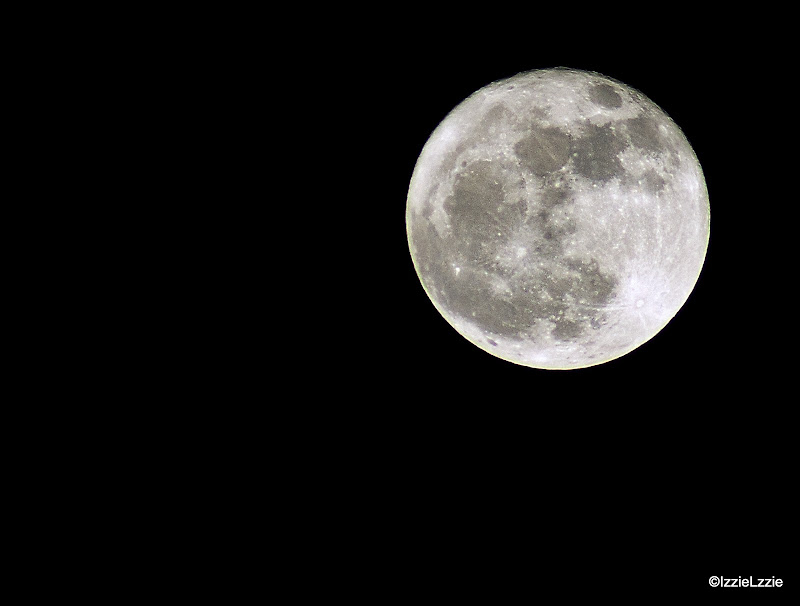 and absent friends and family

CNN) -
Blood moon, Act II, opens soon in the heavens near you. And it will be bigger than Act I.

If you live in the western half of the United States, you'll have a front-row seat on a lunar eclipse that will turn the moon a burnt reddish orange for about an hour Wednesday, creating the second blood moon in relatively short succession.

Because it happens right after the perigee, the closest point to Earth in the moon's orbit, this blood moon will be nearly the size of a super moon -- appearing 5.3 percent larger than the previous blood moon on April 15.

With that frequency, one might be misled into thinking that blood moons are commonplace.

There are about two lunar eclipses per year, NASA says. Some of them -- penumbral eclipses -- are so subtle, they are vaguely visible and go greatly unnoticed.

Other eclipses just cast a partial shadow on the moon but lend it none of that blood moon color that only total eclipses do. And they come around, on average, less than once a year.

The brilliant hue comes from the edges of the sun peeking out around the periphery of the Earth through its atmosphere in a global sunset shining on the moon, which has to be in just the right position to catch those rays.

Lunar eclipses -- penumbral, partial or total -- occur in random order, NASA says. Getting four total eclipses in a row is like drawing a rare lunar poker hand of four of a kind.

"The most unique thing about the 2014-2015 tetrad is that all of them are visible for all or parts of the U.S.A.," said NASA eclipse expert Fred Espenak.

People in Europe, Africa and the Middle East, for example, will not be able to see Wednesday's blood moon.

In the 21st century, there will be many such tetrads, but look back a few centuries, and you'll find the opposite phenomenon, NASA says.

Before the dawn of the 20th century, there was a 300-year period when there were none, Espenak says. Zero.

That would mean that neither Sir Isaac Newton, Mozart, Queen Anne, George Washington, Napoleon, Abraham Lincoln nor their contemporaries ever had a chance to see such a sequence.

The stuff of mystics

There are those who like to veil these astral junctures in mysticism, and for them, the epilogue to Wednesday's celestial theatrics could sound like this:

When sun and Earth aligned, a cooper glow to cast,

Upon the face of the moon as it did by Earth pass.

It shall again, to mark another holy rite, alas!

It's common to hang superstitions on blood moons, citing their concurrence with Jewish religious holidays.

The first one in this tetrad fell on Passover; the current one falls on the lesser known holiday of Sukkot, four days after Yom Kippur.

But that's no reason to go loony over cosmic coincidences -- because there are none here.

The Jewish calendar is an ancient lunar one, and holy dates are set, on purpose, to the precise clockwork of the moon's phases.

They're the same predictable ones that make it easy for modern-day astronomers to exactly calculate blood moons.
0 Replies
2
Reply Fri 3 Oct, 2014 09:18 pm
I loved Noddy for other reasons, re her sanity.

Evidently the full moon (clouds or no) has the Men's Lodge restless and uneasy. A long-time A2K member has posted a thread hinting of a conspiracy among women to commit liberation.

Both Squinney and Marty have had Weeks of Woe and deserve some cheering up. Also, I'll be just as glad if I never have reruns of this week/month.

As a Celebration of Survival the Women who Run/Howl/Identify with Coyotes will be meeting tonight under the full room.

Dogs are welcome. Could someone see that succulent refreshments are shipped up to the Men's Lodge so they won't feel abandoned while we purge our souls?

Harvest Moon – the name given to the full moon closest to the autumnal equinox – will be in the sky tonight (Friday, Sept. 16.) Tonight's event will be particularly special as it's accompanied by a penumbral lunar eclipse.

This year's autumnal equinox, the time when the sun crosses the line in the sly above the Earth's Equator from north to south, is Sept. 22. The full moon occurs when the Earth, moon and sun are close to alignment with the moon on the opposite side of the Earth, allowing us to see the entire sunlit part of the moon.

Historically, the name for the final full moon before the autumnal equinox comes from its extra light it provided for farmers, giving them more time to work at their harvests.

Will howl for Bumblebeeboogie who has joined other powerful women this week.