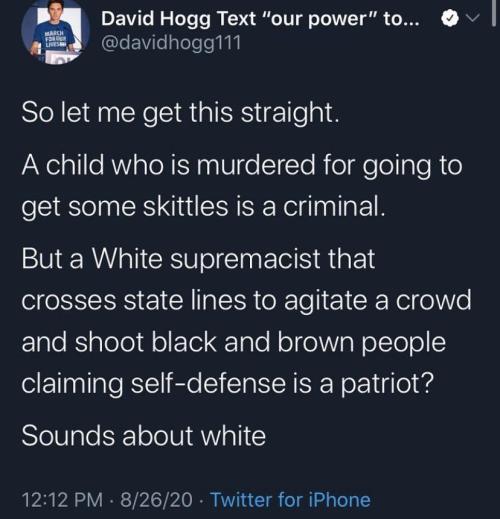 If you‚Äôre working at the State Department, like I was, and traffic isn‚Äôt bad, your trip across the border usually just takes a few minutes. The border between Juarez and El Paso has two lanes set aside for ‚Äútrusted travelers,‚Äù people who travel frequently into and out of the country and who‚Äôve been vetted in advance by the U.S. government. This group, which includes business travelers and diplomats, carry a pass known as a SENTRI card, issued by CBP, which is supposed to allow ‚Äúexpedited clearance for pre-approved, low-risk travelers upon arrival in the United States.‚Äù You‚Äôre directed to special lanes and hold your card up to a camera a few feet in front of a booth manned by CBP officers. Most of the time the officers wave through travelers using SENTRI cards, so the whole process takes just a few seconds. But if the officers have questions about the identity of the travelers, or any other suspicion, they can flag them off to the side for additional questioning and searches, including putting the car through an X-ray machine.

This is called ‚Äúsecondary inspection,‚Äù and sometimes being picked out for secondary inspection is just arbitrary, like a random check by the Transportation Security Agency at an airport. It's rare for U.S. consular officers to be regularly pulled over; in addition to having a SENTRI card, we carry diplomatic passports. Some of my fellow diplomats have told me they had not once been pulled into secondary inspection after living in Juarez for years. One told me he was always greeted with, ‚ÄúWelcome home to America, sir.‚Äù

But in the time I'd lived in Juarez ‚Äî less than one month ‚Äî I'd already been flagged for secondary inspection four times. This would be the fifth.

On one level, there was no obvious reason they were stopping me. I had passed extensive background and security checks to get my job and to qualify for a SENTRI card. CBP‚Äôs own website says that to get a SENTRI card, ‚Äúall applicants undergo a rigorous background check and in-person interview.‚Äù

A Florida man who called himself ‚Äúthe Antifa hunter‚Äù as he waged an online campaign to terrorize and harass those who opposed his white supremacist ideology was sentenced on Monday to more than three years in prison.

Daniel McMahon, 32, of Brandon, Florida, pleaded guilty in April to using social media to threaten a Black activist to deter the man from running for office in Charlottesville, Virginia. McMahon also admitted that he threatened to sexually assault the young autistic daughter of a North Carolina woman who protested against white nationalists.

A federal judge in Virginia sentenced McMahon to three years and five months in prison. McMahon declined an opportunity to make a public statement beforehand, but he heard from his victims during the hearing, which was conducted remotely by video conference.

In a written statement read aloud by a court employee, the North Carolina woman said McMahon methodically ‚Äúcultivated a culture of fear and chaos‚Äù in her community of anti-racist activists.

A shocking video in which a white man is randomly attacked from behind with a brick while the people filming the horrific incident laugh, whoop and cheer has been uploaded to Instagram by a Black Lives Matter supporter.

It is unclear whether the Instagram user ‚Äútray savage_‚Äù is connected to the vicious and cowardly attack or simply posted and celebrated the video.

Instagram users horrified by the disgusting attack and video have reported the post to the social media platform, but have been told it does not break the platform‚Äôs rules on ‚Äúviolence or dangerous organizations.‚Äú

So far this vicious attack has received no media attention. Please share this information far and wide to raise awareness.

This is a developing story and this article will be updated as more information becomes available.

https://newspunch.com/white-lives-dont-matter-white-man-randomly-attacked-with-brick-from-behind-in-baltimore/
0 Replies
0
Reply Mon 31 Aug, 2020 10:19 pm
White lives don't matter to white racists.....back in the 60's who were asking for a beat down if you were friendly with another adolescent child who was black.

1 Reply
2
Reply Mon 31 Aug, 2020 10:50 pm
@glitterbag,
How do you feel about the white man in the video who was just walking down the street when the avowed BLM supporter snuck up behind, and hit him over the head with a brick while other BLM supporters laughed?

Then they posted it on the internet saying "White lives don't matter."

How do you feel about that? Do you support it?

Do you think those blacks who cowardly sneak attacked that white man are Trump supporters?

How do you feel about the white man in the video who was just walking down the street when the avowed BLM supporter snuck up behind, and hit him over the head with a brick while other BLM supporters laughed?

Then they posted it on the internet saying "White lives don't matter."

How do you feel about that? Do you support it?

Do you think those blacks who cowardly sneak attacked that white man are Trump supporters?

Do you condone this?

-6 in like 30 seconds time. We all know for fact that bob and glitterbag used multiple sock accounts just now.


You're ridiculous....I have one account and I'm reporting you right now.
0 Replies
-1
Reply Thu 3 Sep, 2020 04:47 pm
Police shoot and kill Black veteran on his porch who was ‚Äúseeing ghosts‚Äù and hearing voices
August 28, 2020
Colin Taylor

Colin Taylor is the editor-in-chief of Occupy Democrats. He graduated‚Ä¶
Read Next

The family of Damian Lamar Daniels called the police on Monday, August 24th, saying that Daniels was having suicidal thoughts. The police visited the home but received no answer. Daniels himself called the police a few hours later, saying that he was ‚Äúseeing ghosts‚Äù and ‚Äúhearing voices‚Äù but did not let the officer into his home to check and see if anyone was there.

The next day, the police were again summoned twice to the house. The second time, they arrived to find Daniels outside with a weapon on his person. Deputies tried to speak to Daniels, who was not lucid, but half an hour later they inevitably ended up in a struggle with him and felt forced to shoot him twice, killing him.

The police claim they begged him to drop the gun and did everything they could to try to de-escalate the situation.

The officers in question have been put on administrative leave pending an investigation.

Once again, a mentally ill man who was in need of help ends up dead at the hands of police ‚Äî a story that plays itself out time and time again in the United States. Daniels was a combat veteran and likely suffered from PTSD, but clearly could not get the help that he needed.

Having deprived all other social services of desperately needed funds and resources in order to fuel our cities‚Äô colossal police department budgets, American society, rather unreasonably, asks its police officers to pick up the slack. They are expected to be social workers, mental health aides, family mediators in addition to ‚Äúlaw enforcement‚Äù while receiving almost no training to do anything but fire a gun.

That is why mentally ill Americans are sixteen times more likely to die in an encounter with the police and are the victims in anywhere from one quarter to a half of all fatal police shootings. Had the police bothered to call a properly trained social worker ‚Äî or if there was one available ‚Äî the situation could have been easily de-escalated and an innocent man would still be alive.

We owe it to Sgt. Daniels and all those innocents killed by police to take a sledgehammer to the police department budget and start spending that money on services designed to help people, especially the mentally ill, and improve their lives without violence.
Join millions calling for AG Barr to resign after he defied his constitutional
0 Replies
0
Reply Thu 3 Sep, 2020 05:59 pm

LAPD cops stop Black man on his bike and end up shooting him dead
September 1, 2020

Another Black man has been killed under questionable circumstances, this time in Los Angeles.

29-year-old Dijon Kizzee was bicycling in south Los Angeles when sheriff‚Äôs deputies patrolling the area decided to confront him over an undisclosed ‚Äúvehicle code violation,‚Äù according to Lt. Brandon Dean of the LA County Sheriff‚Äôs Department.

Upon being pulled over, according to the Lieutenant‚Äôs account, Kizzee dropped his bike and ran off.

The deputies were soon in hot pursuit and caught up with Kizzee who is then alleged to have begun struggling with the officers and managed to land a punch in the face of one of the law enforcement agents.

Lt. Dean goes on to explain that Kizzee had been carrying a bundle of clothing in his hands when the deputies reached him which he proceeded to drop on the ground as the struggle began.

Here is where the questionable part of the encounter begins.

According to Lt. Dean:

‚ÄúOur suspect was holding some items of clothing in his hands, punched one of the officers in the face and then dropped the items in his hands,‚Äù Dean said. ‚ÄúThe deputies noticed that inside the clothing items he dropped was a black semiautomatic handgun. At which time a deputy-involved shooting occurred.‚Äù

What masterful use of the passive voice!

As if the trigger pulled itself.

In the end, Dijon Kizzee was shot ‚Äúseveral‚Äù times and died at the scene.

Although only an eyewitness could be able to ascertain the true chronology of the events, the account seems to indicate that Kizzee may have had a gun on his person at one time, but was actually unarmed at the time he was shot.

Investigators cited in local media reports of the killing say that they will have to conduct interviews with the deputies to clarify the incident and that it was not immediately clear whether Kizzee had been reaching for the gun when he was shot.

Given the spate of police killings of unarmed Black men in recent years, unless there is body camera footage of an incident, the only witnesses to verify the accounts of the events that took place were the deputies themselves and their now-deceased victim.

The law enforcement officers are highly unlikely to implicate themselves as having reacted hastily in cases like these, and, since Los Angeles County sheriff‚Äôs deputies are not currently equipped with body cameras, there is no evidence to dispute their accounts of the killing and the true measure of risk that they faced from the suspect that they stopped for a bicycle violation.

The deputies have been removed from field duty during the standard investigations by the District Attorney‚Äôs Office, the coroner‚Äôs office, and the sheriff‚Äôs own Internal Affairs Bureau and inspector general.

In the meantime, the Los Angeles County Sheriff‚Äôs Department will be deploying body cameras to be used by all deputies starting sometime later this fall.

I see that the whiny brats are fact free on more issues than just the Second Amendment.

Trayvon Martin was very much a criminal. Only a criminal would try to murder the captain of his local neighborhood watch. 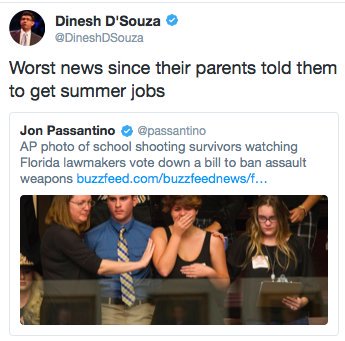 Warren ‚Äî A tear trickled down Candace Hall's cheek as she described feeling terrorized inside her own home, following three nights of harassment this week that culminated in bullets smashing through her front window Thursday night.

"I can't sit on my couch ‚Äî a bullet is in the back of it," said Hall during a press conference Friday in the lobby of Warren Police Headquarters.

"It's disgusting, and we're outraged about a hate crime we believe was committed against Mr. and Mrs. Hall," Dwyer said. "These are veterans who served our country. Obviously, we're very concerned."

Police say they recovered six 9 mm shell casings from the Halls' home from a shooting Thursday about 11:30 p.m. Police also have grainy video of a man slinking around the side of the Halls' house.