Fetishism - a thing I hate in Amercians

Forums:
Email this Topic • Print this Page
Reply Fri 31 Jul, 2020 04:49 pm
I'm a Hungarian. And I don't understand the fetishism of Americans. Well, I've seen an episode of a reality about antique dealers. Somebody has broght an object which was used in a film. Not in the Casablanca (for e.g.) but in a movie I've never heard about. Yet, everybody there was fallen in a trance how valuable that object is, becaue of its past. It's 100 times more valuable than another object of the same kind. Why?! What the hell happened to it during being used in a film? That's a thing nobody could explain to me, never. Everybody just says, because it was in that movie, but it's an explaining with itself. Yes, it was in that film, and then???? What kind of magic has entered that object? If I were there with anoter object of the same kind, which is exactly of the same appearance, and I grabbed both of them, I put them behind my back, and putting them back onto the table, I said 'Just take yours', he couldn't chose that object. He could say in vain, ''Magic, show yourself," that f*cking magic wouldn't do anything. So f*ck that!
Type: Question • Score: 5 • Views: 179 • Replies: 12
6
Reply Fri 31 Jul, 2020 04:54 pm
@KaJe,
I think you need a hobby.
0 Replies
7
Reply Fri 31 Jul, 2020 04:56 pm
@KaJe,
What's your stance on goulash?
1 Reply
1
Reply Fri 31 Jul, 2020 05:44 pm
@McGentrix,
Don't stand on goulash. It squishes through your sandals.

Don't ask how I know this.

1 Reply
1
Reply Fri 31 Jul, 2020 10:14 pm
@KaJe,
From Rolling Stone
"Kurt Cobain’s famed green cardigan from Nirvana’s MTV Unplugged concert sold for $334,000 at auction Saturday, establishing a new record for the most expensive sweater ever sold at auction and more than doubling its final-bid sale price from just four years ago."

Aside from being Cobain's green sweater, it's unique in that it has stains and burn holes from when Cobain wore it shortly before his death. The sweater's owners have been careful to not wash the garment.

Were there special details about the object other than the fact that it was used in a film?

You all have centuries of objects that you fetishize, e.g. 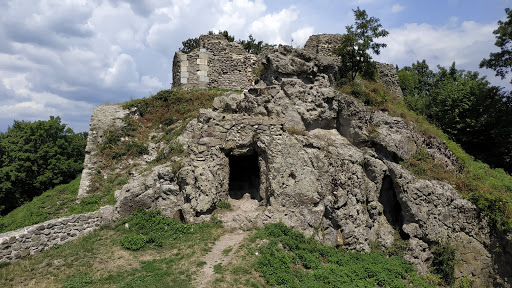 We have a fraction of that time, so we tend to fetishize our popular culture and its history.

Maybe I also need a hobby. I'm sure not telling why crowbars are on my mind tonight.

Hungarian, KaJe. You write like a natural born and raised American. I hope you take that as a compliment.

1 Reply
1
Reply Fri 31 Jul, 2020 11:58 pm
@roger,
Yes, I do, thanks.
0 Replies
0
Reply Sat 1 Aug, 2020 05:11 am
@InfraBlue,
I think it's a different thing. It was a personal thing of someone who is a legend. I think even Cobain himself was attached to it. So having the same sweater must cause a magical feeling, indeed. It conjures him up, keeps his memory alive. But there is a lot of thing without any personal connection with anyone, I mean that their past usage haven't caused special feelings in anybody. They are still dealt as some magical objects.
1 Reply
1
Reply Sun 2 Aug, 2020 06:53 am
@KaJe,
It's because they are unique, they have a certain attachment.

It's not confined to America either. The dress that Princess Diana wore when dancing with John Travolta was sold to Historic Royal Palaces for $264,000, where it will go on display.

So many people have been shepherded into believing ones' worth is defined by ones' possessions, valuables, accomplishments, status, views, likes, etc - That it's almost, now, a global-norm.

Each to their own, I say.

Have a Lovely Day

0 Replies
1
Reply Tue 4 Aug, 2020 02:49 pm
@KaJe,
Money is not enough, anyone can have money to increase their perceived social standing .... Anyone can buy a Ferrari .... But only TWO person can buy the Ferrari cars from say the film 'Ferris Buellers' day off', which are not even a Ferrari but a Ford based kit car; a 1985 Modena GT Spyder California.

However, there was only three made for the film and only two survive.

Why so much? Well, boomers like me remember the film and many of us have a great deal of money these days ... Now personally I like to be very private, hence I collect things like watches ... But some people want to say "Look at me! I have attained what you cannot!"

It is human nature in the competitive types.

Of course it is possible that if you are of the correct age group that you grew up under communism ..... Maybe your father or grandfather coveted a Trabant or a 'Torino Fiat' but couldn't even get on the waiting lists .... But now you can buy one or more if you wished ... It is called nostalgia.

In my garage I have a near perfect original Mercedes coupé of the same age, colour and specification as the new one that my father bought when I was a young child ... It reminds me of him when I drive it, of that time in my life. The vehicle cost me a great deal more than a new Mercedes. It is called nostalgia.