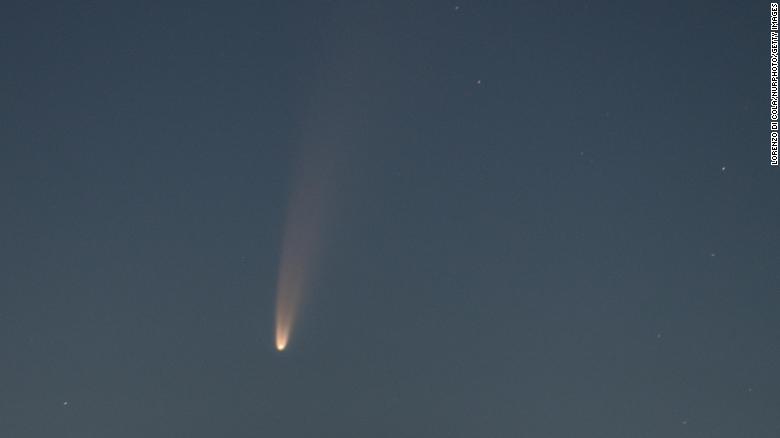 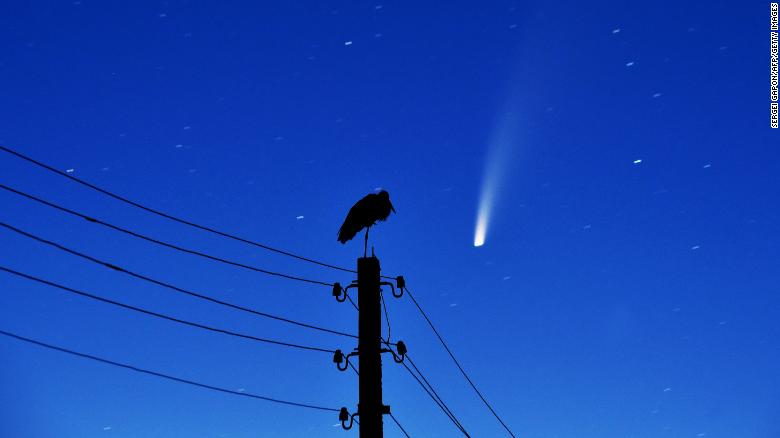 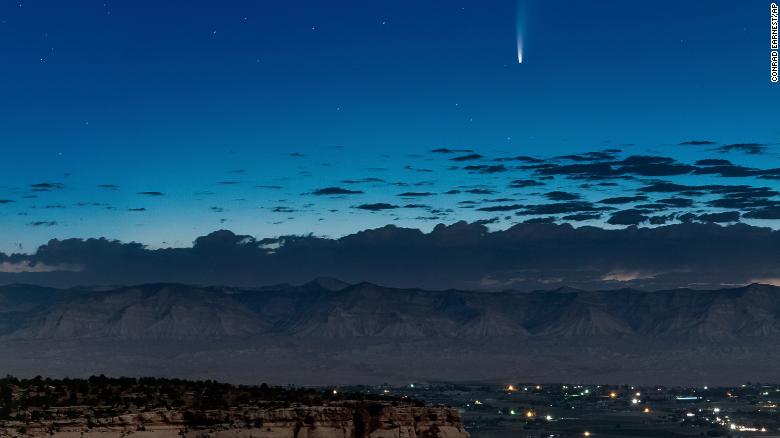 Being able to catch a glimpse of the comet, officially known as C/2020 F3,
is a once-in-a-lifetime opportunity as it won't pass Earth again for another
6,800 years.

It's extremely rare for comets to be visible to the naked eye. Hale-Bopp,
which experts describe as the "last great comet," was seen in 1997, which
was visible for a year and a half. NEOWISE is not considered a "great comet,"
though it is still a spectacle.

"This very close passage by the Sun is cooking the comet's outermost layers,
causing gas and dust to erupt off the icy surface and creating a large tail of
debris," NASA said in an article last week. "And yet the comet has managed
to survive this intense roasting." 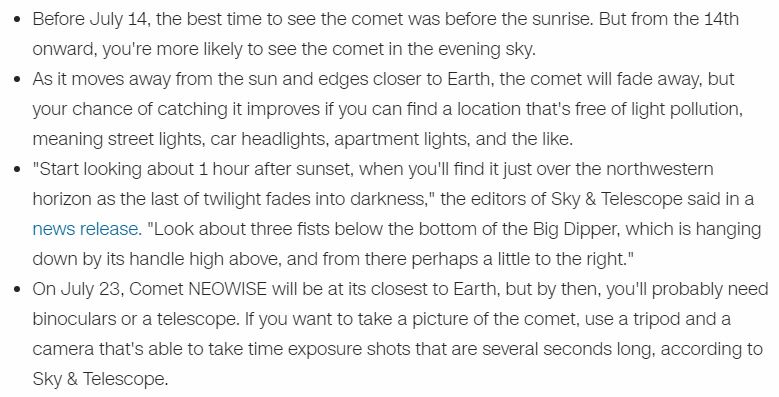 Eleven o'clock is also about the best time to look for it. It'll be visible a bit before that, but as the sky grows darker, the view becomes better. 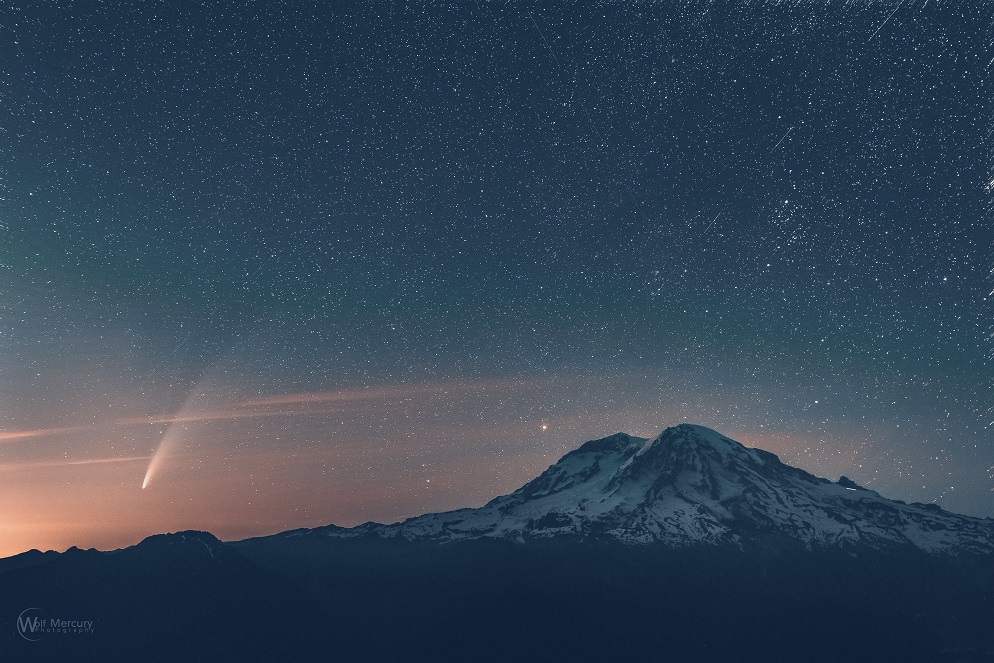 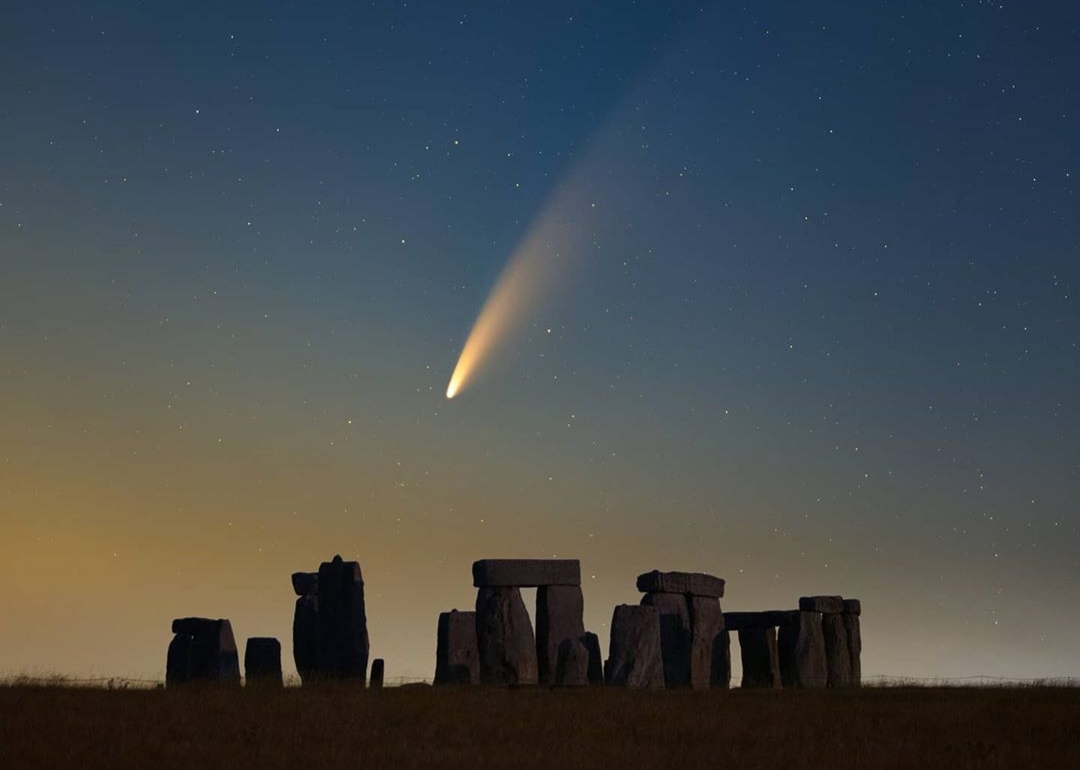 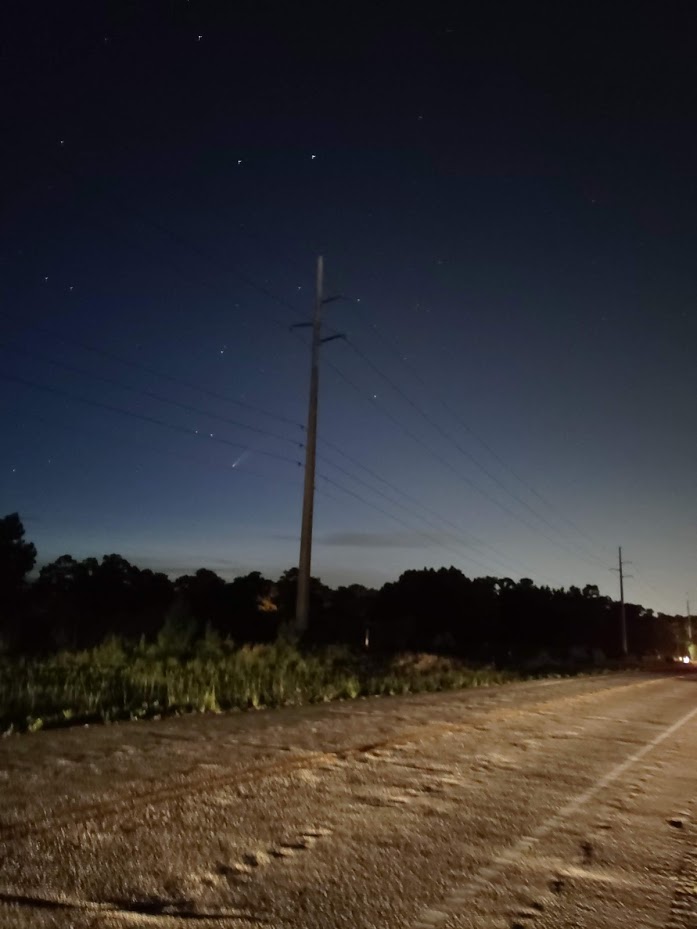 went outside briefly last night to see what i could see. 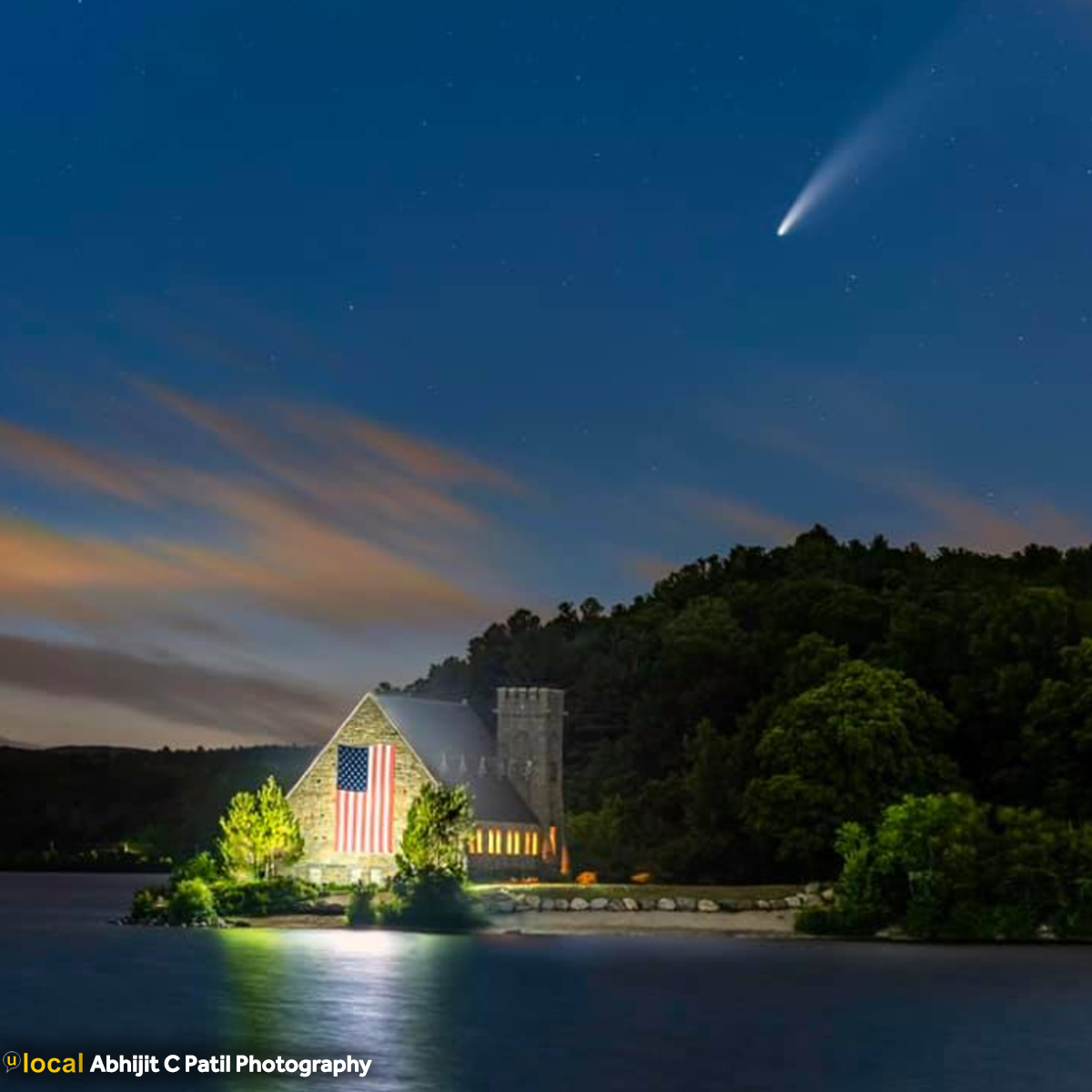 over the Old Stone Church in West Boylston, MA

.
1 Reply
2
Reply Mon 20 Jul, 2020 10:35 am
@Region Philbis,
Wow, that's a great shot! I am surprised that there are so few other stars visible. What I learned from my long exposure was that there are lots of stars you can't see with the naked eye that show up.
0 Replies
2
Reply Tue 21 Jul, 2020 05:02 am
@Region Philbis,
At 10 pm last night I saw it faintly viewable with the naked eye here in mid-Hudson Valley of NY. When I looked at the Big Dipper, it was to the southeast of it about at 5 o’clock position. It had a long comet tail so I was sure it was the right one. I had to use my peripheral vision to be sure I could see it. Not that exciting but at least the sky was clear.
0 Replies
0
Reply Wed 22 Jul, 2020 10:19 pm
@engineer,
engineer wrote:

Got some great pictures last night. It was too faint to see so I did some long exposure shots and it worked beautifully.

Pictures are nice, but get yourself to a dark sky location and view the comet through some large aperture binoculars.
0 Replies
1
Reply Sun 26 Jul, 2020 07:17 pm 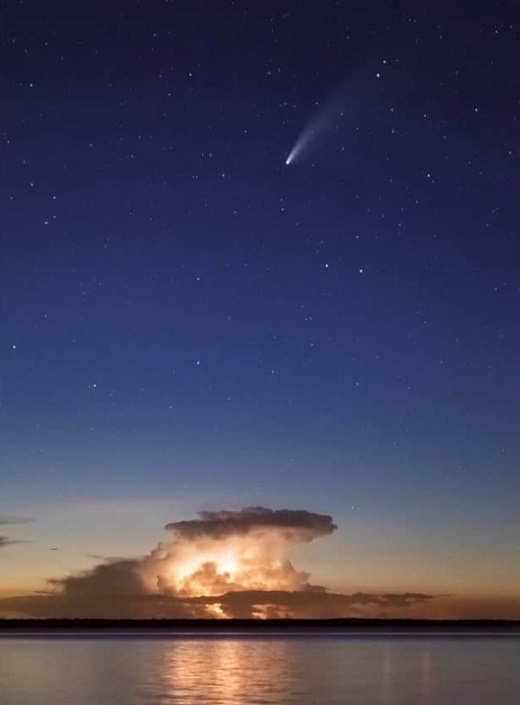 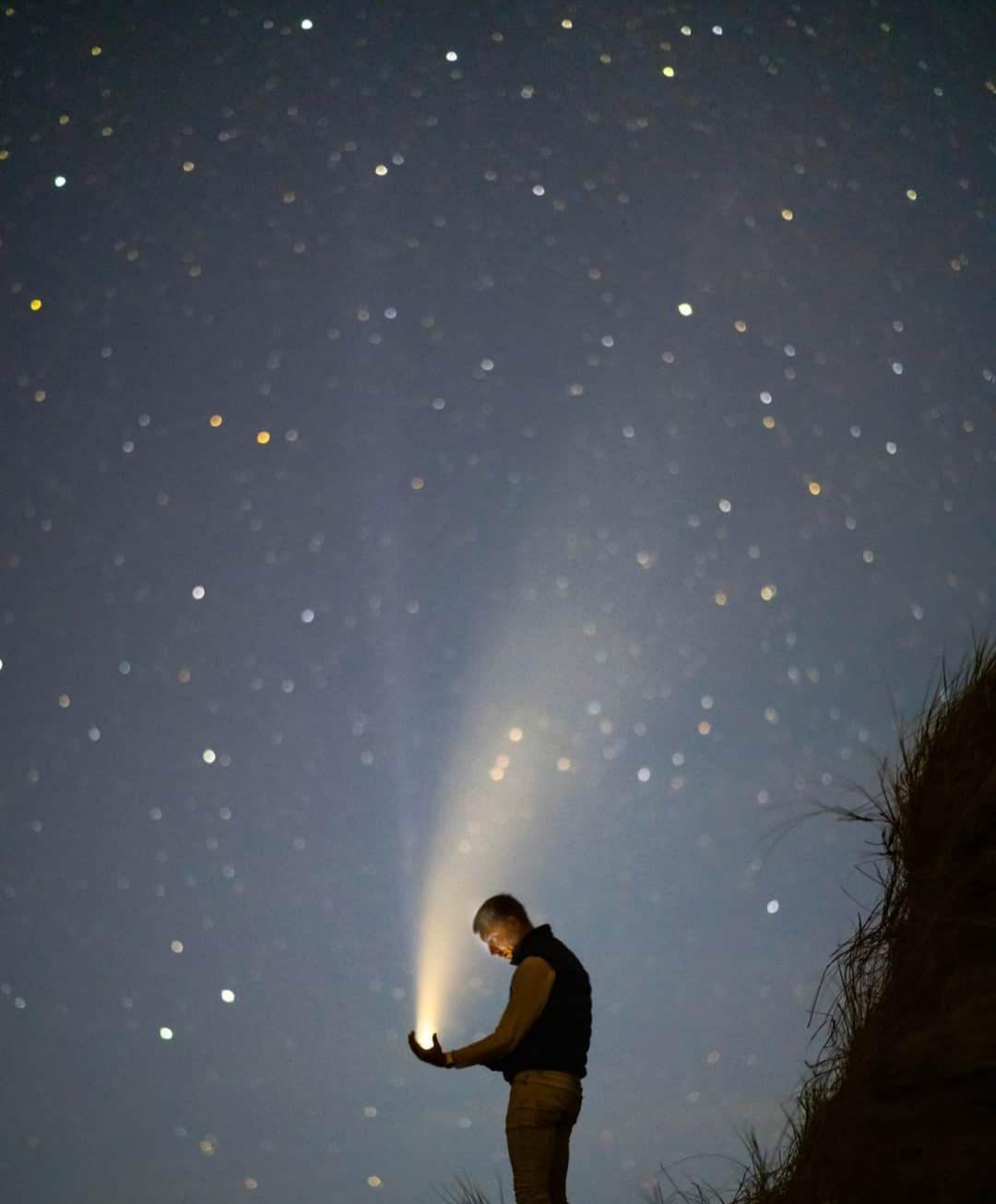