thinking it ovr, both liverwurst and braunschweiger will kill ya. They will give you a choleterol load that its good you got an EMT spousal partner there.


Now that you mention it, I really do miss liverwurst.

Yum! The soup sounds like the star. Grilled cheese, please.

Growing up, we used to eat thick cut fried bologna sandwiches with mustard. Really, so good.


You should come for lunch when the pandemic blows over (it will, right?) Mr Fix-it's go-to lunch is tomato soup and grilled cheese.

Fried bologna is pretty popular in the North -- some places have it as a substitute for bacon on the breakfast menu!
1 Reply
4
Reply Wed 1 Jul, 2020 02:27 pm
@edgarblythe,
edgarblythe wrote:

Now that I do the buying I never even browse the cold cuts.


I'm the same way, if I make the kids sandwiches I'll slice up a chicken or turkey breast.
1 Reply
2
Reply Wed 1 Jul, 2020 09:54 pm
@jcboy,
Personally I love good deli-meats like pastrami, corned beef, turkey, thin sliced baked ham......but I also remember taking tuna fish salad, boloney and PB&J sandwiches to school...I have a vague memory of braunschweiger...I think I liked it with mustard...haven't had any in years.

When my kids were in school (elementary) I would pack lunches with either chicken salad, sliced turkey, ham and cheese and other things that wouldn't spoil. My oldest son's friend was on vacation with us one summer and mentioned how much he liked my sandwiches......turns out Eric was swapping his Sammies with other kids....

My oldest son's friend was on vacation with us one summer and mentioned how much he liked my sandwiches......turns out Eric was swapping his Sammies with other kids....

I reminder my daughter telling me when I was packing stuff for her to go to the beach with some friends...oh so and so mom that is bringing us always pack lots of snacks; I like their snacks better.

Come to find out at least half the snacks were the same were very similar to what I was packing....my daughter confirmed that other people's food taste better.
1 Reply
1
Reply Thu 2 Jul, 2020 10:09 am
@Linkat,
I seem to remember garlic bologna........anybody else?
1 Reply
2
Reply Thu 2 Jul, 2020 10:57 am
@glitterbag,
awww yeh. That was good. In the Polak/Jewish sections of Wilmington or Allentown there was a series of garlic wursts or mixed "faith"baloneys. Laden with pork and made by non kosher Jewish butchers

Kielbasis (About 1.75 "thick
Kabanoszy (like a slim jim) Thats where slim jims got the idea cause Cabi' was smoked over cherry wood and had lots of garlic , caraway, and nutmeg as spices. They say its what a slim jim would dream of becoming when it grew up.

KRAKOSKA' A round garlicky pork.veal sausage balony. My gramma used to have the butcher make a roll and then, when it was smoked shed hve em deliver it an theyd hand out slices from the try piece and Busha would approve and she would do the slicing for sammiches . AWWW that stuff was great. Now Busha was originally a Jew from Ukraine. (The whole batch including jadek (my granpop on my moms side). They all turned Orthodox Chritian (then Catholic) to keep from getting executed by the Tsar.

But boy did the Xtian "wurstjadey" make the best sausages an baloneys . Garlic was a secret ingredient that must NEVER b overdone.

HMM, It turns out that the KRAKOWSKA baloney is a smoked sausage that is only hamm butts and some spices (no garlic is mentiond)> Apparently it was the Ukraine influence that put the garlic AND FENNEL (we calle it kimmel) in the wurst.
1 Reply
1
Reply Fri 3 Jul, 2020 12:11 am
@farmerman,
My parents spent about 18 months at Ft. Moultrie, South Carolina during WWII...I'm not sure if that's where learned about Hominy (it could have been Baltimore) but she would fry these wonderful pork chops, with Hominy and butter and a side of some stewed apples that were both tart and sweet...it was cheap eats, but damn it was good.
1 Reply
1
Reply Fri 3 Jul, 2020 04:16 am
@glitterbag,
Nowadays, you make those pork chops from a Duroc Hog and provide those sides with some fancy french names and youre gonna be involved in "fine dining"
0 Replies
2
Reply Sat 4 Jul, 2020 12:34 pm

FWIW, this showed up in my newsfeed... 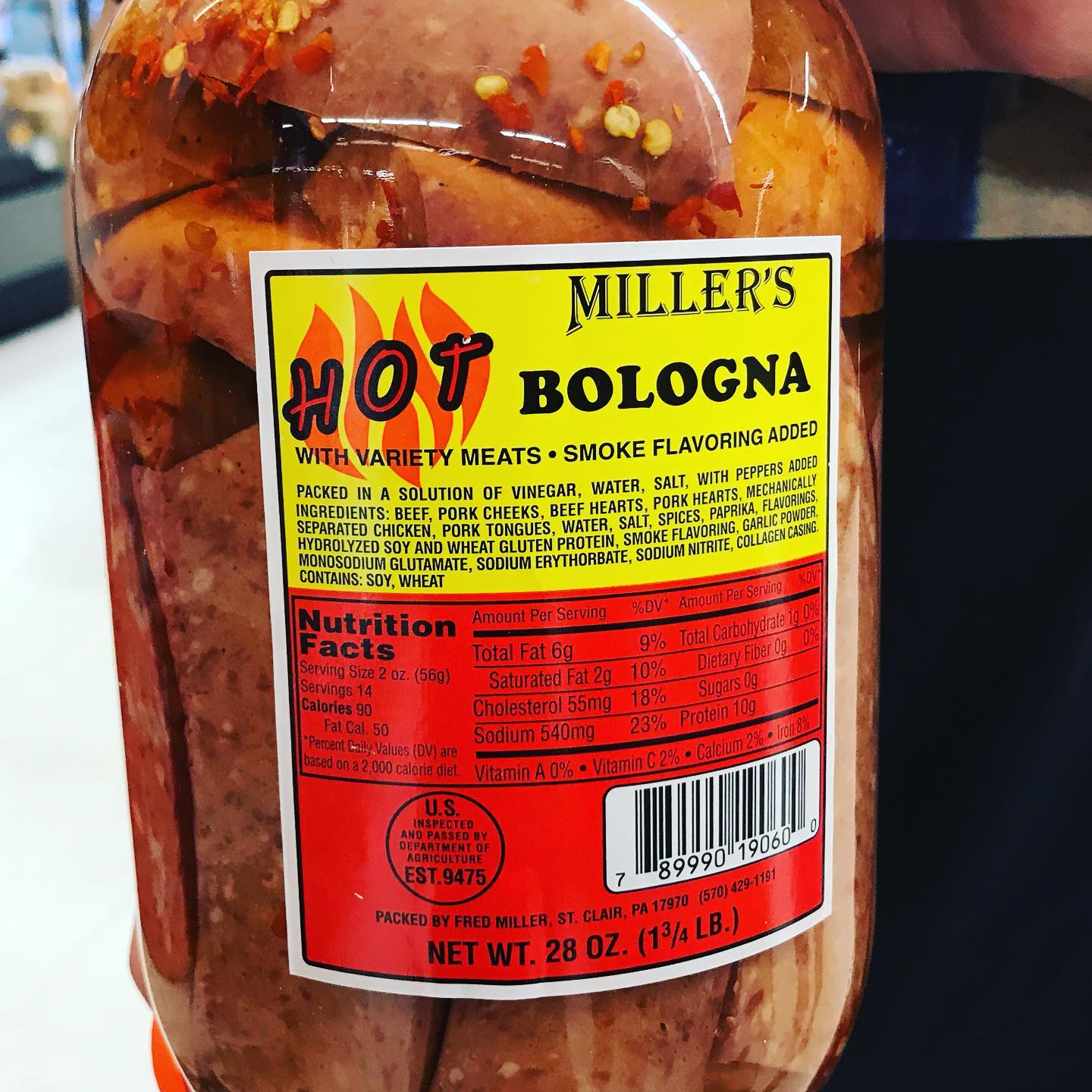