a reminder to wash yer hands... 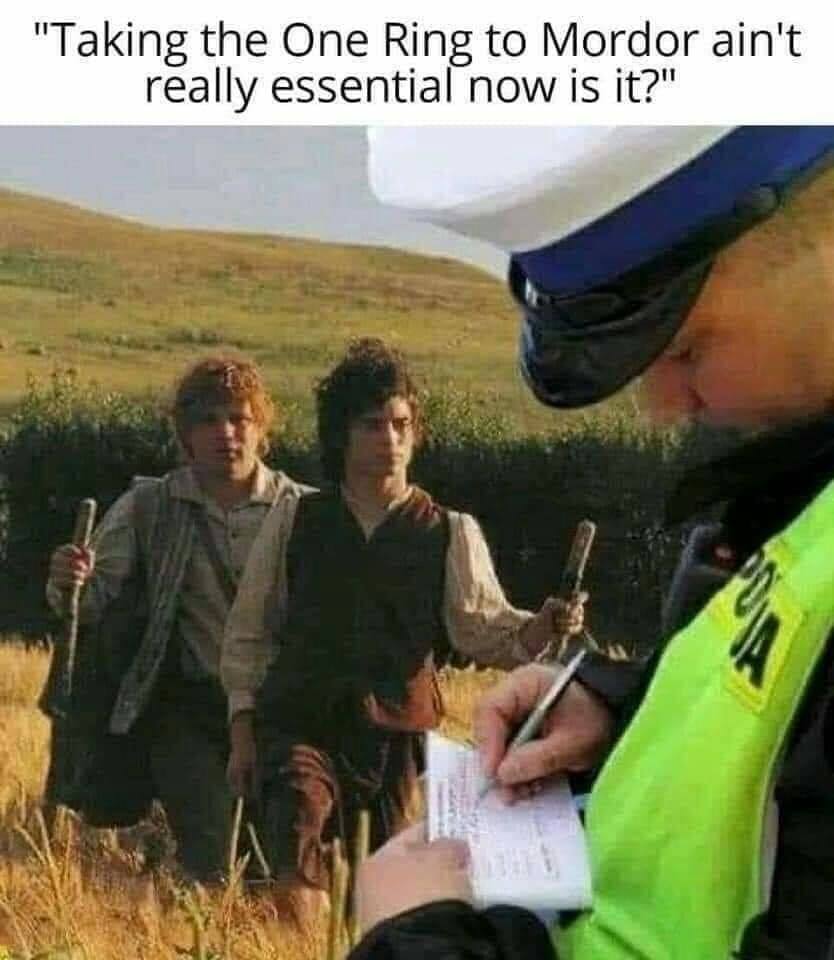 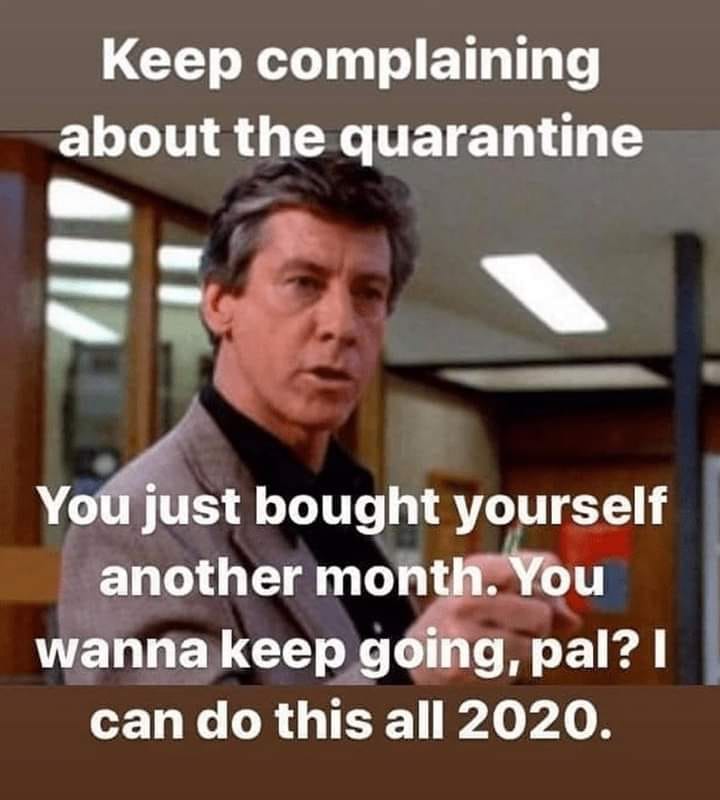 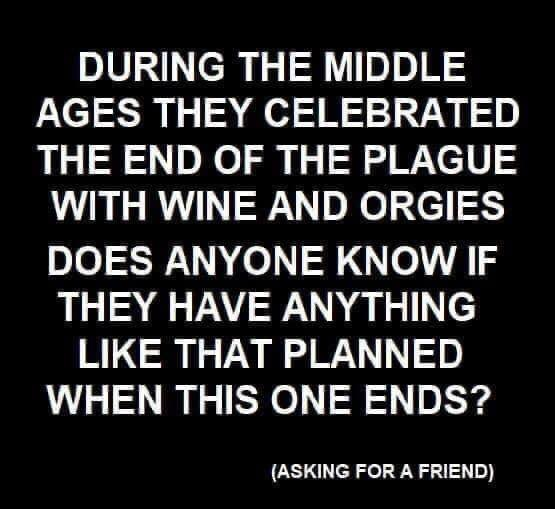 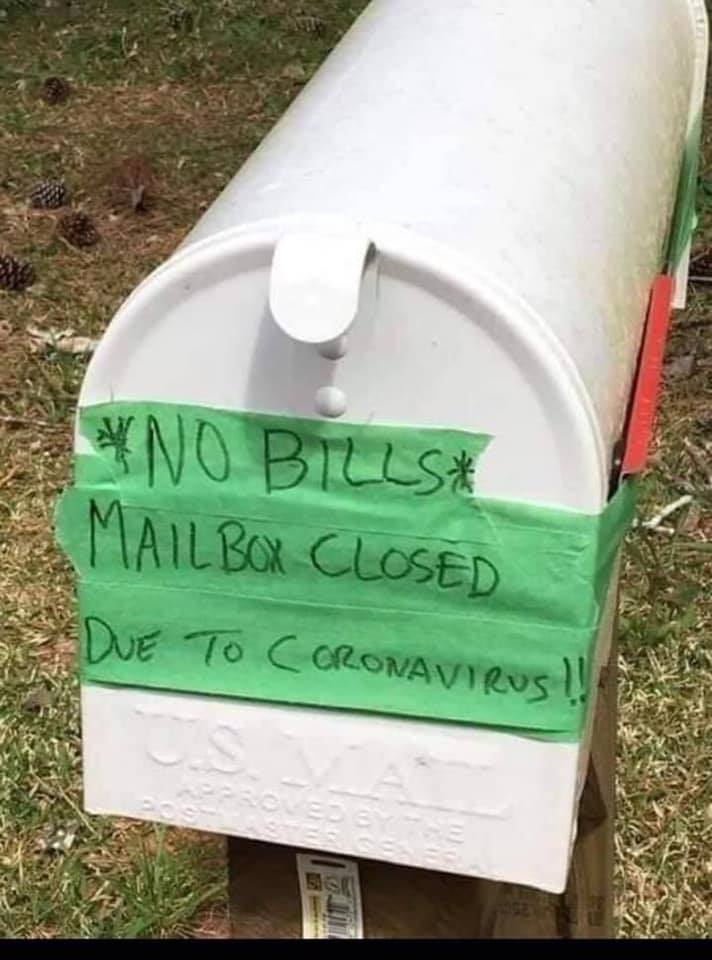 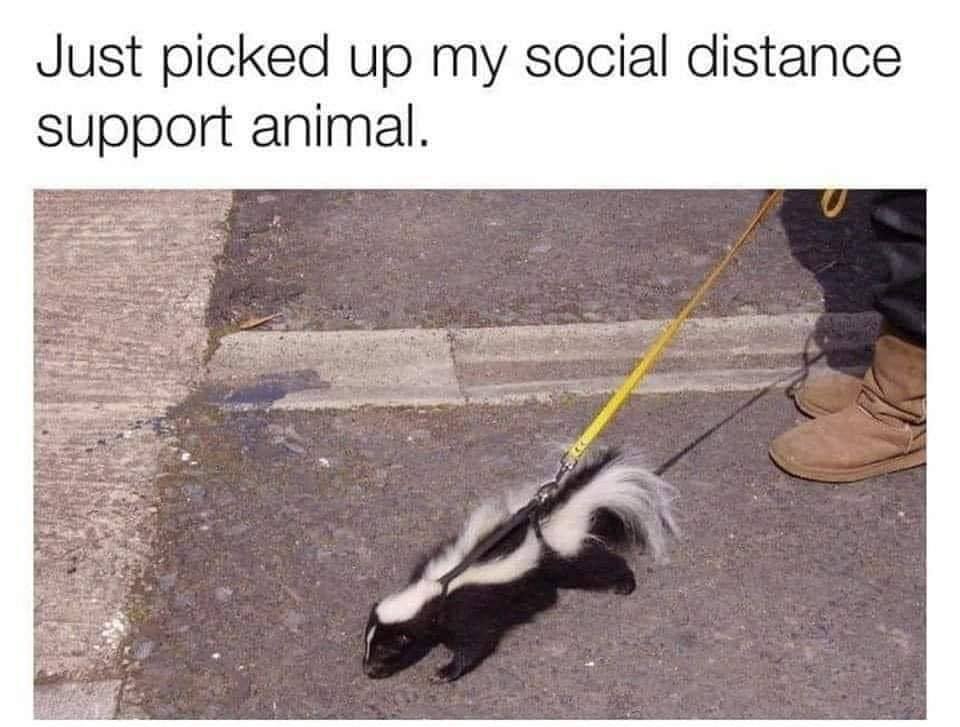 And while I wasn't going to even reply to this thread... forget trump or Biden, Vic for President!

0 Replies
3
Reply Tue 30 Jun, 2020 09:32 am
Here in the US, homeofthefreelandofthebrave, the emphasis is on giving all of our tax money for free to big corporations. The people are viewed as dung beetles and leaches.
0 Replies
1
Reply Tue 30 Jun, 2020 02:21 pm
@edgarblythe,
Yep. So we have the current virus, then a swine flu thing and then in around October or November, the regular flu season starts in... 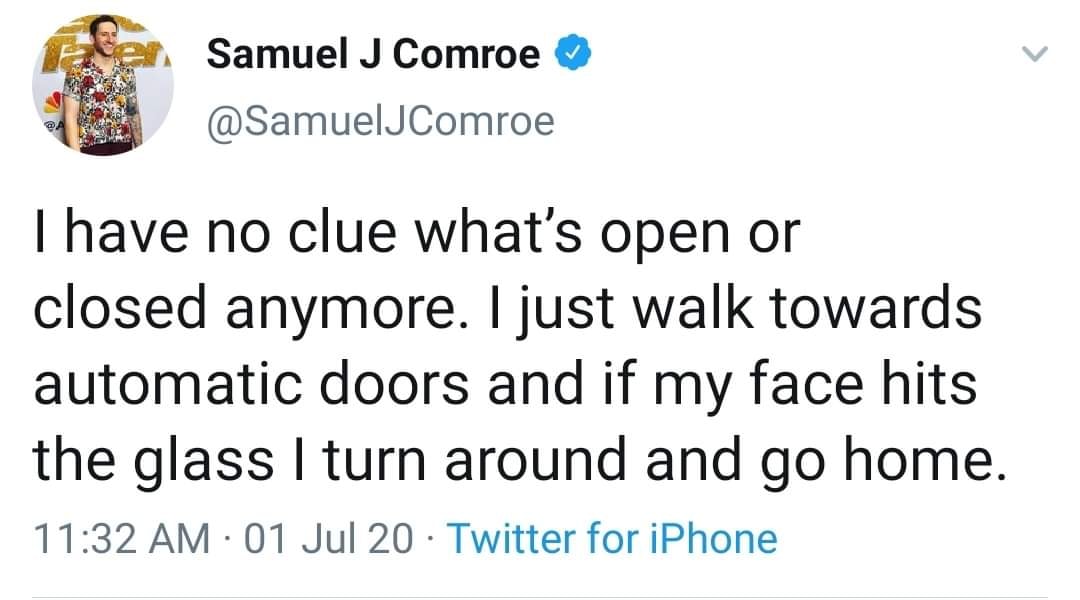 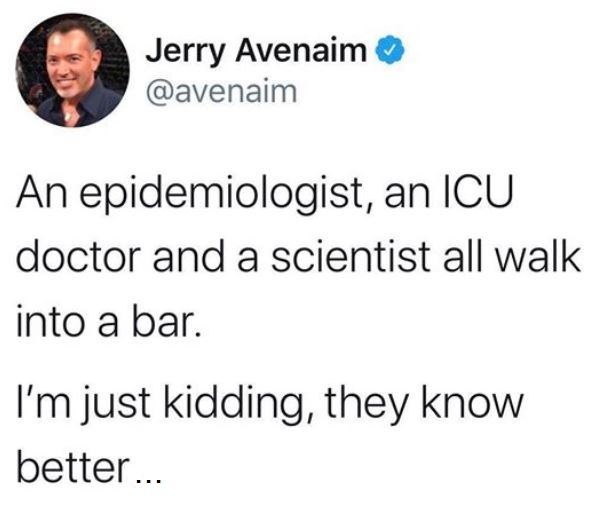 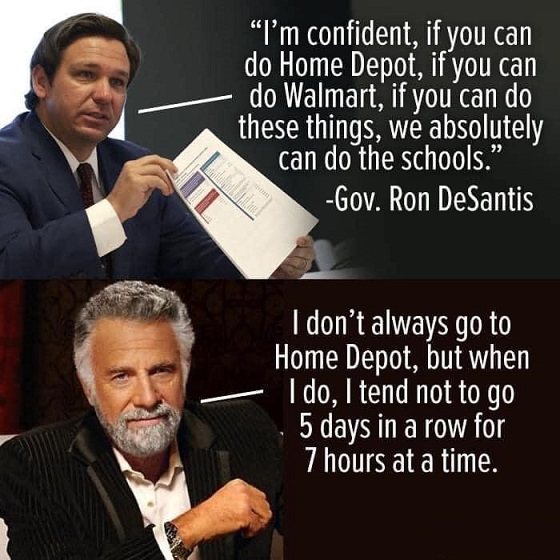 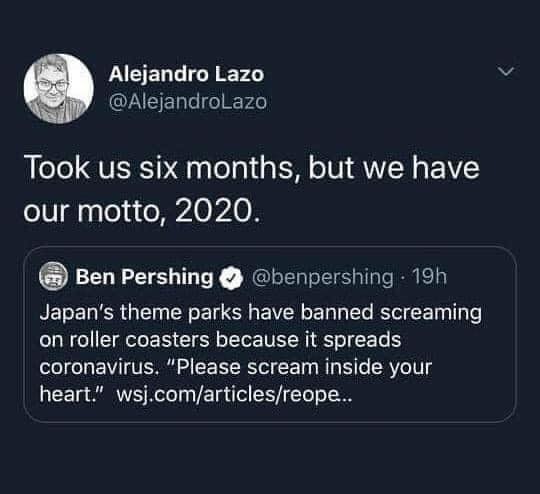 
Stephen Wright
July 8 at 1:00 PM
So if you didn’t catch this mornings shitshow, it went basically like this:

The CDC put out its official recommendations and requirements states should meet before reopening schools.

Trump went to twitter, shitted on the CDC recommendations, demanding that k-12 schools fully open up in the fall. He threatened to cut federal funding if they do not.

Then the coronavirus task force held a press conference, minus Fauci, because he’s on the President’s **** list.

Betsy Devos said she really really really wants kids back in school. She does not know how to do this, offered no suggestions. Just that they need to open, and leaves it up to local officials to figure it out.

Vice President Pence said children are resilient. Basically made out of cartilage with healthy lungs. They probably won’t get sick, so we shouldn’t worry about them. There is also no disagreement between the CDC and Trump. Trump wants schools to open, and just doesn’t want the CDC’s guidelines to be the reason for schools not opening?

Yes, he actually said he doesn’t want states to keep their schools closed just because their own CDC says it is not safe to open.

So the VP says, don’t worry, let’s bring up the Director of the CDC to clarify. -And I could‘ve sworn I heard this guy gulp off camera.

But the director of the CDC comes up and says he also wants schools to open safely. He said he likes his job and wants to keep it, therefore, he is also in full agreement with Trump, despite the guidelines they released hours before.

So then Dr. Birx comes on and says half the country has seen a surge of new cases. The country is worse off than it was back at the start of all this. She said they should return to phase 1 and start all over.

Now, an astute reader may wonder how do half the states return to phase 1, and still expect to open by fall? Good question. ..... And while you were thinking about it, Birx tries to leave the podium.

But before she gets away, Pence stops her, suggests she ‘talk about that other thing about the children’. She hesitates, then agrees.

She comes back up to the mic, says most children probably won’t die. Maybe 0.02%. And usually the ones who die were already sick, so you parents at home may want to keep an eye on them. Oh- and we have virtually no data on how transmissible the virus is in children because we’ve barely tested any of them, but let me get out of your hair.

So while all that is going Cuomo is holding his own press conference.

He says I don’t even give a **** what Trump is saying. It’s not worth responding to the clown. States control school openings, and we will do it as safely as possible, end of discussion.

Other states blew off our warnings, and now they are paying the price. You want to fix your states? Pull your heads out of your asses and follow our example.

And Fauci has gone total rogue. He has been giving interviews across the media spectrum, politely telling anyone who will listen that following trump’s orders regarding the Coronavirus will lead to certain doom. Death and economic disaster on a scale never seen before. Please turn back while you still can.

And now you are filled in.

——————————-
Update: Thank you all for sharing this nearly 100,000 times. I am very grateful for all the likes, messages, and friend requests. Due to the enormous response I’ve received, I’m starting a facebook blog: Your Daily **** Show.

This will let me continue giving my take on the news, and keep my personal stuff private. 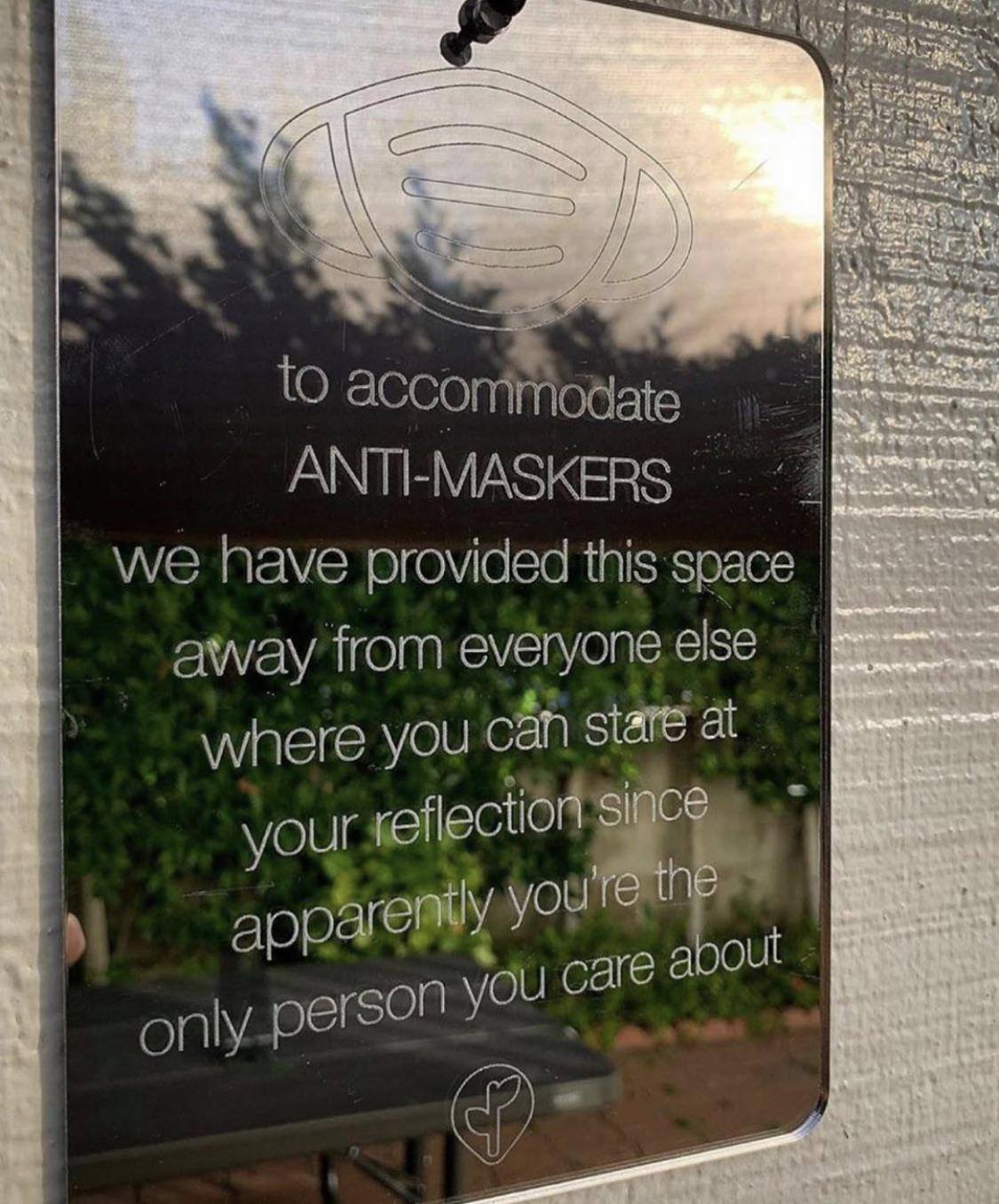 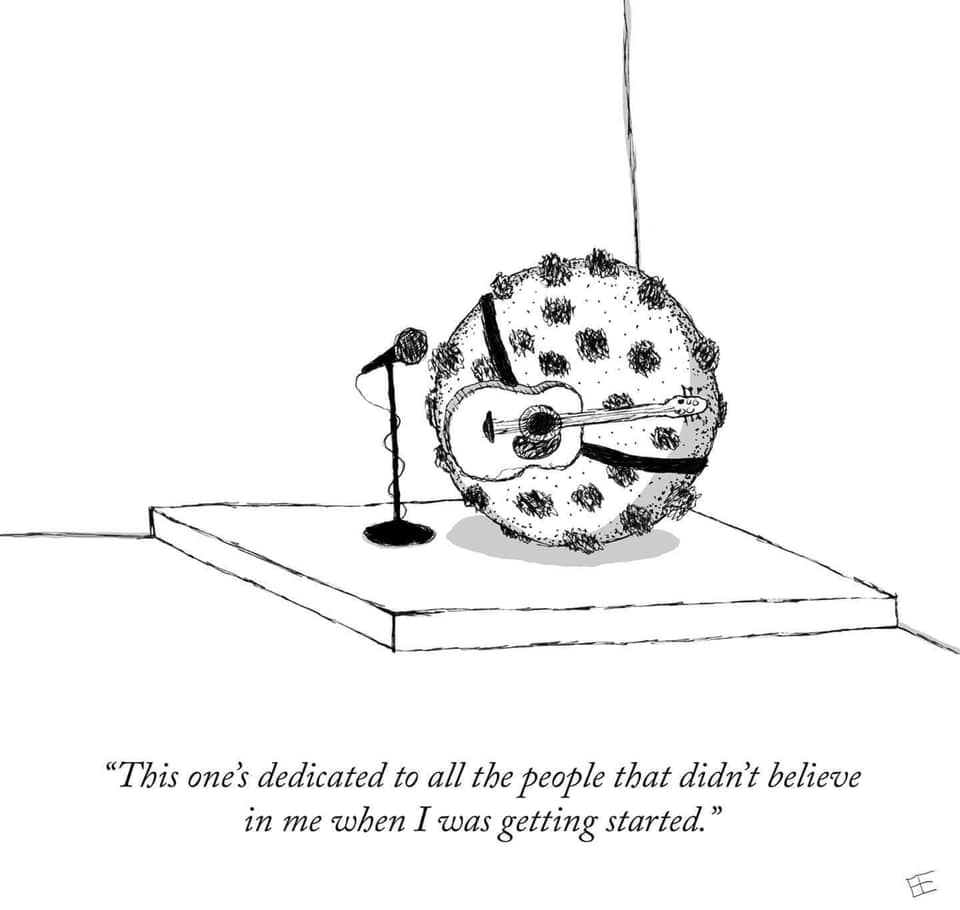