Should your children not want to have their pictures taken on christmas do you respect their wish?

We all had to get up, not eat, and go to Mass, which lasted about 9 and a half hours.
By the time we got home I’d be starving. Then of course you couldn’t just open anything until all family members were present.

That meant everyone sitting around waiting for my father to get out of the bathroom, then set himself up with his cigarettes and a 10am Manhattan.

Especially when the entire family is in The Witness Protection Program. It gets even worse if the parents then put the images on Instagram and Facebook.

Never heard of parents forcing their children out of bed on Christmas morning.


Did you think I was kidding?

I have notice that many parent go out of their way get their children out of bed early in the morning just to take pictures of their children so htey have something to brag about, To me not only is this wrong its dam rude and people should start asking their childrens permission
before doing such stupid thing...


Is it to brag about or to just capture the moment.

For many parents - they soon understand that the moments when they are very young are so short lived. Perhaps they want to capture the moment.

And I have never had to get my children out of bed on Christmas morning - they wake up their parents.

I’ll tell you what, I sure did.

We all had to get up, not eat, and go to Mass, which lasted about 9 and a half hours.
By the time we got home I’d be starving. Then of course you couldn’t just open anything until all family members were present.

That meant everyone sitting around waiting for my father to get out of the bathroom, then set himself up with his cigarettes and a 10am Manhattan.


Ah memories!
0 Replies
1
Reply Tue 19 Nov, 2019 03:08 pm
@Methen,
You talk about rude --- my mom took my brother when he was a toddler and forced him to get next to this creepy clown statue - it was sitting on a park bench and upon entering this kiddie park you could sit next to it to get a picture.

All I saw in this picture was my little brother screaming terrified for his very life and my mom's hands pushing her beloved toddler towards this terrifying creature.

I said yes picture mom - needed to capture that moment of terror in your child!

Now that is rude.

Capturing children in their pjs in front of the tree filled with joy at the potential
loot they will be tearing open soon is not rude.

No, I hadn't read you post, but I'm sure you did what you had to do. I'm also sure you motivation was not to get social media pictures up.


Not sure about the meaning of either of these sentences.

Like I as a 5 or 6 year old "did what I had to do"?
If you mean I, amongst the others, were forced out of bed to dress, and then, without being given anything to eat or drink, go to listen to a priest drone on forever.
Then to come home and still have to wait to open gifts until someone, who absolutely didn't care about watching us, was ready to preside. If you mean did I go along with that because I had no choice, then yes, I guess "I did what I had to do", because I was told to do that.

Honestly, I'm not even gonna get into calling that abusive, so we don't go down that rabbit hole.
I think most of the kids sitting in that church at 0'dark thirty hadn't eaten or gotten to open anything either. It was just the way it was.

My upbringing was far from unique.

I do remember coming back home and wanting to just go back to bed.


And are you saying it's a good thing to have motivation to get social media pictures up? I'm confused about that.

I'm not trying to be arugmentative about this, truly. No one, including me, knows what every family wakes up to.

Just because you as an individual has "never heard of" such a thing, doesn't mean much at all.

So yes, I definately think the childrens wishes (when they can express them verbally or non verbally) need to be considered every day when it comes to throwing images of them on the internet.
You don't own them. They aren't your possessions. You can't do whatever you want to them "Because it's Christmas!"

Taking private, candid, for families eyes only pictures are different.....even then there needs to be boundaries.

In Linkats story, that child was definately saying "Don't do this to me" Yet he/she was utterly powerless to stop others, including his own mother, from terrorizing him.
I know there's a picture floating around somewhere in the world of my brother looking like Edvard Munch's "The Scream" while sitting on the Easter Bunny's lap. Boy could I identify with him.

I have never liked waking up to someone elses agenda, even when little. My internal clock has always been shifted towards "stay up late, sleep in" At any age, being spoken to, noise, music, multiple people around when first waking up, has always been disorienting, mentally and even physically painful to me.

My husband is the same way. As young as 7 or 8, he would wake earlier than everyone else and go off into the woods to wake up, leaving his 10 brothers and sisters, and their chaos, behind him. By 12 or 13, he was sleeping out there half the time as well. Weather permiting.

I just asked him what xmas morning was like in his house, as he was 10th out of 11 kids.

He said you just woke up when you woke up, and when you parents saw you, they gave you your present. No spectacle. He said he enjoyed Christmas very much. He got a present, and everyone had a big dinner much later in the day.

So bottom line, there's family tradition for the sake of family tradition, which today I suppose means living in a glass bowl even against your wishes, then there's respecting others, even childrens boundaries.

If they don't want to get up, FFS let them sleep in.
If the don't want their pictures taken, respect that.

We were, without fail, up long before our parents, long before the sun would rise, and thus risk vampires and the walking dead to get to our presents. And time would crawl achingly.
0 Replies
1
Reply Wed 20 Nov, 2019 05:53 am
@chai2,

No, I hadn't read you post, but I'm sure you did what you had to do. I'm also sure you motivation was not to get social media pictures up.


I had to laugh at this - you do realize that Chai was not a child during social media days.

It is only with the most recent generation - I mean Chai is older than 20.

I have notice that many parent go out of their way get their children out of bed early in the morning just to take pictures of their children so htey have something to brag about, To me not only is this wrong its dam rude and people should start asking their childrens permission
before doing such stupid thing...


There are literally more reasons to take photographs during these holidays than to brag on social media.

Many kids don't like taking baths. It's just ain't their thing. Still, parents get the prerogative to force baths on them... for the kid's own good. The same can be said about photographing key moments in the child's life.

Years from now, the grown up child might want to look back with fondness these holiday memories (especially if a parent or sibling passed away since that well documented time).
1 Reply
2
Reply Wed 20 Nov, 2019 01:18 pm
@tsarstepan,
What did people do before cameras to remember events in life?

Taking a bath, or medicines can at times be for the childs own good.

I mean I totally get the Christmas photo thing, kids happy because presents, but today, children all over the world will remember happy family times as adults, pictures or no.

One area where I do agree with taking photos is with things that you think you must buy, because of it's looks, when you already have a full house, and even storage filled with your stuff.

Take a picture of it. You can have that forever. 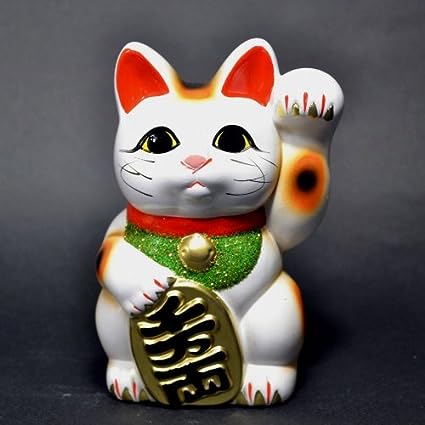 I can tell you what it isn't. It's not physical torture that even the prisoners at CIA black sites and Guantanemo Bay... would exclaim, "at least our torture isn't as horribly brutal as the privileged kids being woken up early so their social media savvy parents can get a dose of Instagram cred to their holidays. Being woken up early and getting toys and familial love? That's cruel and unusual punishment." As the OP seems to suggest the decades practice of taking family photos during the season might equivocate to be.

And thanks for reading my post. Phew! I was afraid that people would NOTICE I already answered that question. BECAUSE I ALREADY DID.
1 Reply
2
Reply Wed 20 Nov, 2019 04:18 pm
@tsarstepan,
I don't think anyone even alluded any comparison to physical torture, CIA or Guantanemo Bay.

Doesn't even have anything to do with what I asked.

Don't know where the OP stands, I just think it sucks to get woken up for any reason when you're sleeping, unless it's necessary, and should be avoided.

The presents are there whether the kids get up first and wake up the parents, vice versa, or if everyone is allowed, on a day off, to wake up whenever it suited them.

What exactly does it mean in social media world if parents don't get those picture up by an exact deadline? Are they shunned by the parents who do? So they get to post stuff while not actually participating what is going on, in front of them?

It all seems like manufactured merriment.
******* stop posting and be in the moment.

Bottom line is, if anyone indicates they don't want their picture taken, or posted. Then don't do it. You're not doing anyone any good.