31 Days and Nights of Halloween! 0 Replies
1
Reply Wed 2 Oct, 2019 11:33 am
@engineer,
Funny I had heard somewhere that Halloween actually started in Ireland and remember hearing it called beggars night so I figured it was not just the US. There are also places like in Mexico where are slightly different versions of it.

So since I couldn't remember the specifics so I tried to look it up and this is what I found:

Halloween began as the festival of Samhain. It was part of the ancient Celtic religion in Britain and other parts of Europe. 0 Replies
2
Reply Sun 6 Oct, 2019 03:12 pm
@Region Philbis,
This reminds me last week we were driving home and came upon a house that like your neighbors had made a cemetery. One of the tombstones said "Roger Goodell".
1 Reply
1
Reply Tue 8 Oct, 2019 07:58 pm
@Linkat,
Spooky abandoned mental asylums! Boooooooooooooooooooooo!
The Kirkbride Plan 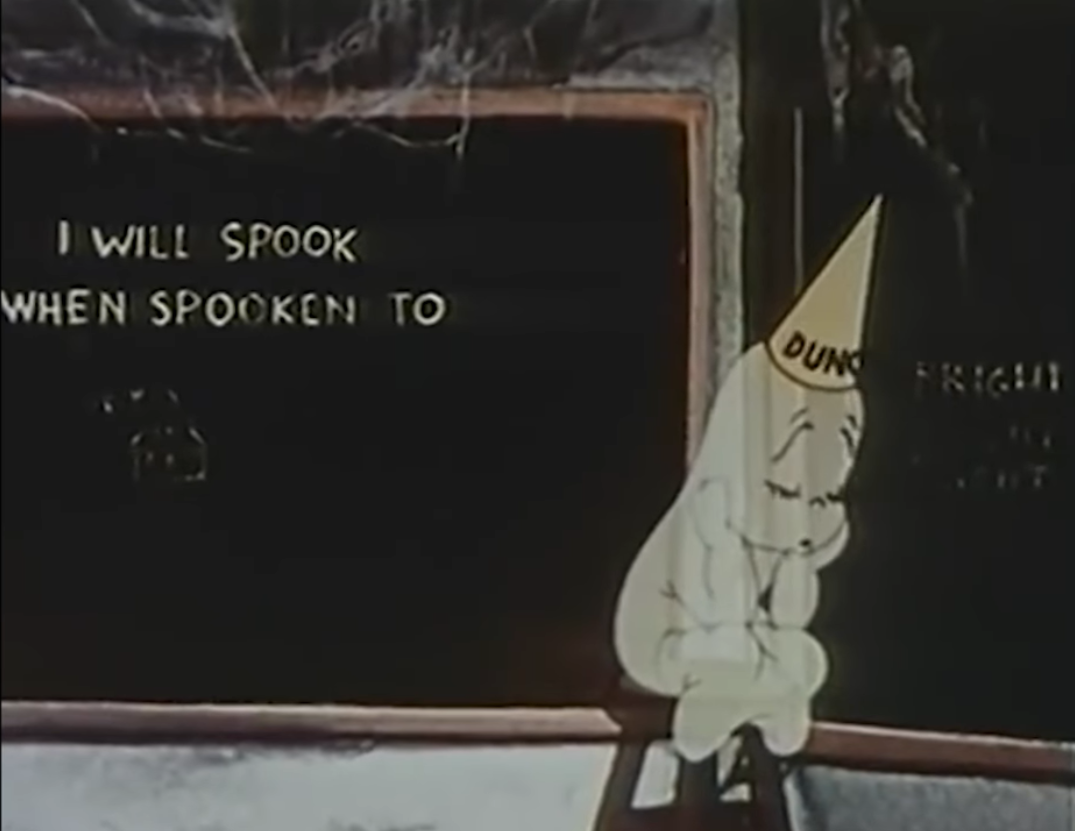 no halloween would be complete without...

Halloween is a holiday celebrated each year on October 31, and Halloween 2019 occurs on Thursday, October 31. The tradition originated with the ancient Celtic festival of Samhain, when people would light bonfires and wear costumes to ward off ghosts. In the eighth century, Pope Gregory III designated November 1 as a time to honor all saints. Soon, All Saints Day incorporated some of the traditions of Samhain. The evening before was known as All Hallows Eve, and later Halloween. Over time, Halloween evolved into a day of activities like trick-or-treating, carving jack-o-lanterns, festive gatherings, donning costumes and eating treats.
Halloween’s origins date back to the ancient Celtic festival of Samhain (pronounced sow-in). The Celts, who lived 2,000 years ago, mostly in the area that is now Ireland, the United Kingdom and northern France, celebrated their new year on November 1.

This day marked the end of summer and the harvest and the beginning of the dark, cold winter, a time of year that was often associated with human death. Celts believed that on the night before the new year, the boundary between the worlds of the living and the dead became blurred. On the night of October 31 they celebrated Samhain, when it was believed that the ghosts of the dead returned to earth.

In addition to causing trouble and damaging crops, Celts thought that the presence of the otherworldly spirits made it easier for the Druids, or Celtic priests, to make predictions about the future. For a people entirely dependent on the volatile natural world, these prophecies were an important source of comfort during the long, dark winter.

To commemorate the event, Druids built huge sacred bonfires, where the people gathered to burn crops and animals as sacrifices to the Celtic deities. During the celebration, the Celts wore costumes, typically consisting of animal heads and skins, and attempted to tell each other’s fortunes.

When the celebration was over, they re-lit their hearth fires, which they had extinguished earlier that evening, from the sacred bonfire to help protect them during the coming winter.

By 43 A.D., the Roman Empire had conquered the majority of Celtic territory. In the course of the 400 years that they ruled the Celtic lands, two festivals of Roman origin were combined with the traditional Celtic celebration of Samhain.

The first was Feralia, a day in late October when the Romans traditionally commemorated the passing of the dead. The second was a day to honor Pomona, the Roman goddess of fruit and trees. The symbol of Pomona is the apple, and the incorporation of this celebration into Samhain probably explains the tradition of bobbing for apples that is practiced today on Halloween.

On May 13, 609 A.D., Pope Boniface IV dedicated the Pantheon in Rome in honor of all Christian martyrs, and the Catholic feast of All Martyrs Day was established in the Western church. Pope Gregory III later expanded the festival to include all saints as well as all martyrs, and moved the observance from May 13 to November 1.

All Saints' Day
By the 9th century, the influence of Christianity had spread into Celtic lands, where it gradually blended with and supplanted older Celtic rites. In 1000 A.D., the church made November 2 All Souls’ Day, a day to honor the dead. It’s widely believed today that the church was attempting to replace the Celtic festival of the dead with a related, church-sanctioned holiday.

All Souls’ Day was celebrated similarly to Samhain, with big bonfires, parades and dressing up in costumes as saints, angels and devils. The All Saints’ Day celebration was also called All-hallows or All-hallowmas (from Middle English Alholowmesse meaning All Saints’ Day) and the night before it, the traditional night of Samhain in the Celtic religion, began to be called All-Hallows Eve and, eventually, Halloween.

Halloween Comes to America
The celebration of Halloween was extremely limited in colonial New England because of the rigid Protestant belief systems there. Halloween was much more common in Maryland and the southern colonies.

As the beliefs and customs of different European ethnic groups and the American Indians meshed, a distinctly American version of Halloween began to emerge. The first celebrations included “play parties,” which were public events held to celebrate the harvest. Neighbors would share stories of the dead, tell each other’s fortunes, dance and sing.

Colonial Halloween festivities also featured the telling of ghost stories and mischief-making of all kinds. By the middle of the 19th century, annual autumn festivities were common, but Halloween was not yet celebrated everywhere in the country.

In the second half of the 19th century, America was flooded with new immigrants. These new immigrants, especially the millions of Irish fleeing the Irish Potato Famine, helped to popularize the celebration of Halloween nationally.

History of Trick-or-Treating
Borrowing from European traditions, Americans began to dress up in costumes and go house to house asking for food or money, a practice that eventually became today’s “trick-or-treat” tradition. Young women believed that on Halloween they could divine the name or appearance of their future husband by doing tricks with yarn, apple parings or mirrors.

In the late 1800s, there was a move in America to mold Halloween into a holiday more about community and neighborly get-togethers than about ghosts, pranks and witchcraft. At the turn of the century, Halloween parties for both children and adults became the most common way to celebrate the day. Parties focused on games, foods of the season and festive costumes.

Parents were encouraged by newspapers and community leaders to take anything “frightening” or “grotesque” out of Halloween celebrations. Because of these efforts, Halloween lost most of its superstitious and religious overtones by the beginning of the twentieth century.

Halloween Parties
By the 1920s and 1930s, Halloween had become a secular but community-centered holiday, with parades and town-wide Halloween parties as the featured entertainment. Despite the best efforts of many schools and communities, vandalism began to plague some celebrations in many communities during this time.

By the 1950s, town leaders had successfully limited vandalism and Halloween had evolved into a holiday directed mainly at the young. Due to the high numbers of young children during the fifties baby boom, parties moved from town civic centers into the classroom or home, where they could be more easily accommodated.

Between 1920 and 1950, the centuries-old practice of trick-or-treating was also revived. Trick-or-treating was a relatively inexpensive way for an entire community to share the Halloween celebration. In theory, families could also prevent tricks being played on them by providing the neighborhood children with small treats.

Thus, a new American tradition was born, and it has continued to grow. Today, Americans spend an estimated $6 billion annually on Halloween, making it the country’s second largest commercial holiday after Christmas.

All Souls Day and Soul Cakes
The American Halloween tradition of trick-or-treating probably dates back to the early All Souls’ Day parades in England. During the festivities, poor citizens would beg for food and families would give them pastries called “soul cakes” in return for their promise to pray for the family’s dead relatives.

The distribution of soul cakes was encouraged by the church as a way to replace the ancient practice of leaving food and wine for roaming spirits. The practice, which was referred to as “going a-souling,” was eventually taken up by children who would visit the houses in their neighborhood and be given ale, food and money.

The tradition of dressing in costume for Halloween has both European and Celtic roots. Hundreds of years ago, winter was an uncertain and frightening time. Food supplies often ran low and, for the many people afraid of the dark, the short days of winter were full of constant worry.

On Halloween, when it was believed that ghosts came back to the earthly world, people thought that they would encounter ghosts if they left their homes. To avoid being recognized by these ghosts, people would wear masks when they left their homes after dark so that the ghosts would mistake them for fellow spirits.

On Halloween, to keep ghosts away from their houses, people would place bowls of food outside their homes to appease the ghosts and prevent them from attempting to enter.

Black Cats and Ghosts
Halloween has always been a holiday filled with mystery, magic and superstition. It began as a Celtic end-of-summer festival during which people felt especially close to deceased relatives and friends. For these friendly spirits, they set places at the dinner table, left treats on doorsteps and along the side of the road and lit candles to help loved ones find their way back to the spirit world.

Today’s Halloween ghosts are often depicted as more fearsome and malevolent, and our customs and superstitions are scarier too. We avoid crossing paths with black cats, afraid that they might bring us bad luck. This idea has its roots in the Middle Ages, when many people believed that witches avoided detection by turning themselves into black cats.

We try not to walk under ladders for the same reason. This superstition may have come from the ancient Egyptians, who believed that triangles were sacred (it also may have something to do with the fact that walking under a leaning ladder tends to be fairly unsafe). And around Halloween, especially, we try to avoid breaking mirrors, stepping on cracks in the road or spilling salt.

Halloween Matchmaking and Lesser-Known Rituals
But what about the Halloween traditions and beliefs that today’s trick-or-treaters have forgotten all about? Many of these obsolete rituals focused on the future instead of the past and the living instead of the dead.

In particular, many had to do with helping young women identify their future husbands and reassuring them that they would someday—with luck, by next Halloween—be married. In 18th-century Ireland, a matchmaking cook might bury a ring in her mashed potatoes on Halloween night, hoping to bring true love to the diner who found it.
(I assume that's where the Barmbrack comes from.)

In Scotland, fortune-tellers recommended that an eligible young woman name a hazelnut for each of her suitors and then toss the nuts into the fireplace. The nut that burned to ashes rather than popping or exploding, the story went, represented the girl’s future husband. (In some versions of this legend, the opposite was true: The nut that burned away symbolized a love that would not last.)

Another tale had it that if a young woman ate a sugary concoction made out of walnuts, hazelnuts and nutmeg before bed on Halloween night she would dream about her future husband.

Of course, whether we’re asking for romantic advice or trying to avoid seven years of bad luck, each one of these Halloween superstitions relies on the goodwill of the very same “spirits” whose presence the early Celts felt so keenly.

(No mention of the Banshee.)