Forums: Belated Seasons, Reboots, Cancelled Tv Series, Tv, Movies
Email this Topic • Print this Page
Reply Mon 10 Jun, 2019 10:23 am
Is there any tv show or movie (over 20 years old or more) that has long ended without resolution in character or plot (due to being cancelled or planned sequel failed to be made) that you would like to come to fruition (with or without the original cast) to be made today or rebooted?

This is an American problem, programme makers are allowed to believe their show will run for six seasons then it's pulled after three.

That doesn't happen over here, usually they're told they'll only get one season so it has an ending, then season 2 comes along, with another ending.

J. Michael Straczynski must have total control over the project. No having some moron substitute their vision for his.

We also need 4K/high-dynamic-range/ATMOS versions made of the original shows (with J. Michael Straczynski in charge of the restoration).

If I ever win hundreds of millions of dollars in the lottery, I'll see to it that it happens.
0 Replies
1
Reply Wed 19 Jun, 2019 09:26 am
Not sure ... after so many years, I wonder how they would handle the Community movie repeatedly promised under the "six seasons and a movie" mantra that the producers and cast were oft repeating in their attempt to resuscitate it back from cancellation.
1 Reply
1
Reply Wed 19 Jun, 2019 09:37 am
I thought Carnivale ended too soon. 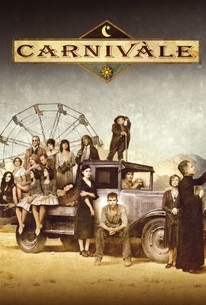