Odd, strange, or bizarre news stories from the Bay State


Couldn't find if panzade actually made one for Massachusetts. Thought I might have made one myself. 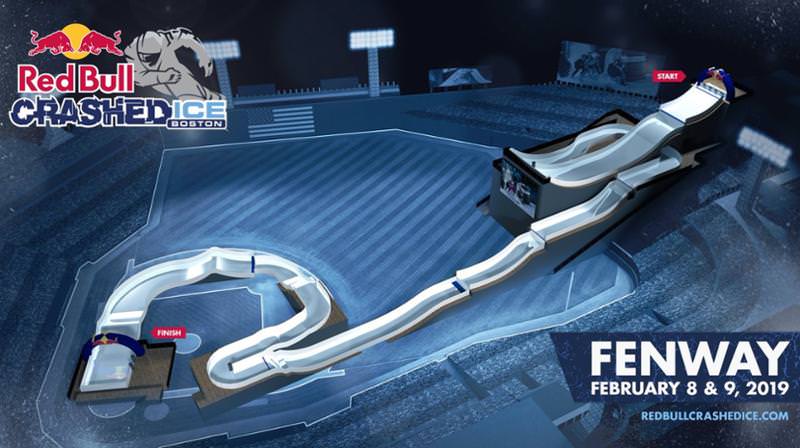 A series of article starting with :
"Is this farewell for Hanover‚Äôs Yellowman?"
About an eccentric older man living my his own rules not harming anyone and the town trying to kick him out. As noted " ‚Äù He‚Äôs known for dancing in local bars and picking up bottles and cans along Route 53 ‚Äì and accumulating them in the yard along with other odds and ends he sometimes sold."

‚ÄúWe‚Äôve been concerned for some time about the clutter and potential safety issues from that,‚Äù Clarkson said Thursday."

"He has, with a lot of help from his friends. The junk is gone, as are two pickup trucks and a motorcycle. Two plaster Jesus figures with yellow robes are still there, along with a winged angel and an old yellow pickup truck."

Their site visit came amid an outpouring of support for Watt. Facebook postings about the town‚Äôs court action went viral. A small group of his defenders spoke at Monday night‚Äôs selectmen‚Äôs meeting. On Tuesday several passing motorists beeped their support when they saw Watt.

There‚Äôs more support for Watt just up Route 53, at the Rosa Farms grocery and deli. The store has sold out of more than 100 Yellowman T shirts, and owner Andy Adams said he‚Äôs ordered 250 more. He said proceeds from those sales will be given to Watt.

At the end of Tuesday‚Äôs visit, Marino said town officials have no interest in forcing Watt to leave the house, which Watt says he helped his father build in the 1960s. Now it‚Äôs the only residence in a commercial stretch of the highway.
0 Replies
-4
Reply Thu 13 Sep, 2018 03:59 pm
@tsarstepan,
The original "odd, strange or bizarre... " thread was about Florida. Starting a similar thread about Massachusetts is like starting a thread titled "Stupid, frightening or offensive tweets" thread about Merkel or Trudeau.
0 Replies
2
Reply Fri 14 Sep, 2018 06:42 am
@Linkat,
Drunk History did a segment in their recent seasons:
Boston's Great Molasses Flood
Learned a fair deal about the event I basically knew nothing about other than it happened....
0 Replies
0
Reply Fri 14 Sep, 2018 07:04 am
@tsarstepan,
We are going back 99 years for the bizarre news story from Massachusetts. The latest from Florida goes back 99 minutes.

Thomas Wasilewski was sitting in his mudroom early Wednesday morning looking at photos of his late son, Cory, when he heard something suspicious.

It was his birthday and said he was having a particularly difficult time without his son and couldn‚Äôt sleep.

‚ÄúI was sitting in the dark room and I heard a voice outside,‚Äù Wasilewski told The Enterprise. ‚ÄúI peeked around the curtain and I saw the interior lights on in the Mustang. I saw two people in the car and one person outside of it.‚Äù

The Mustang was purchased by Thomas Wasilewski and his wife, Jessica, after their son died in a crash on Route 24 in February 2017. He had always wanted a Mustang, but couldn‚Äôt afford it, and they purchased it as a tribute to their son. Cory‚Äôs initials ‚Äì CSW ‚Äì are on the car‚Äôs license plate.

When he saw people inside the car, Wasilewski quickly grabbed the door and flung it open, he said, and the three men‚Äôs heads popped up.

‚ÄúThey bolted. They took off,‚Äù he said. ‚ÄúI went right out the door in my T-shirt, boxers and socks and chased them halfway down the street.‚Äù

The trio ran toward nearby Oliver Street and Wasilewski decided to run back home to get his truck to try to catch up to them.

‚ÄúWhen I got out to Matfield Street, I saw a silver Camry pulling out from behind the Grand Slam Deli,‚Äù Wasilewski said. ‚ÄúThey drove by me slowly and I could see there were three people in the car. I started to turn around and they stopped in the middle of the road. When I fully turned around, they bolted, going about 90 miles per hour down Matfield.‚Äù

He said he believes the driver must have thought they were out of Wasilewski‚Äôs sight when they turned onto Woodland Road. But they weren‚Äôt.

And, unlucky for them, Wasilewski said, that street leads right back to his neighborhood ‚Äì Pinecrest Road.

‚ÄúI came up behind them and they went straight on Woodland Road, which turns into a dead end,‚Äù Wasilewski told The Enterprise. ‚ÄúI had them pinned. I pulled up behind them and they didn‚Äôt do anything. They just sat there with their lights off. So I backed up in a driveway, turned around and blocked them in with my truck.‚Äù

That‚Äôs when a West Bridgewater police cruiser arrived, as Jessica Wasilewski had called 911 to report the break-in when her husband began chasing after the suspects.

‚ÄúThey were able to locate that vehicle eventually and identify the three people in the vehicle as Armando Alves, Elvis Andrade and Eric Braitwaite,‚Äù Assistant District Attorney Elizabeth Mello said during their arraignments Wednesday in Brockton District Court. ‚ÄúDuring the investigation, officers spoke to all three individuals. They gave different versions as to what the events of the night were, how they met up, what they were doing in that particular neighborhood ‚Äì none of which matched up consistent with each other.‚Äù

Police say they located several phone accessories as well as bags of change consistent with items taken from the vehicle. Police received additional calls for vehicle break-ins that morning on Pinecrest Road and Woodland Road.
1 Reply
1
Reply Thu 20 Sep, 2018 12:28 pm
@Linkat,
Would not even be reported in Florida.
1 Reply
1
Reply Wed 23 Jan, 2019 10:01 am
@roger,
Not humorous ... but HOLY WOW!
One School Shocks Students With Disabilities. The FDA Is Moving To Ban The Practice
0 Replies