Feminists are spawn of the devil

Forums: Women Evil, Women Bad, Women No Like Men
Email this Topic • Print this Page
0
Reply Mon 16 Jul, 2018 06:42 am
@engineer,
Thank you Engineer. That is a great example. The curious thing is that the extremes are more comfortable than moderate positions. Extremes don't have to be questioned, they are just accepted as is.

It is hard work when you allow people to question your beliefs. It takes courage to question your own beliefs. The extremes provide a safe space where everything is clear and easy. There is no give and take And there are no difficult questions.

Real life isn't that simple. There are facts on both sides. There are consequences to decisions you are sure are right and true. And there are people who are just as sincere as you are on the opposite side of your belief. I respect the people who question their own beliefs, and who acknowledge the facts even when they don't fit their ideological narrative. There is no simple truth; admitting that your truth (any truth) has another side is an act of intellectual courage.

I respect feminism as the idea that men and women should be equal, and there are many specific points made in the name of feminism with which I agree. I reject anything presented as absolute truth and any narrative that can't be questioned. That is when it becomes a problem.

Thank you Chai, this is a great topic that I was going to bring up myself.

There should be a middle ground on feminism, between "feminists are spawn of the devil", and "feminism is unquestionable truth". In today's fractious society, this middle ground is very difficult to inhabit.

There is quite a bit about feminism with which I agree. I support the movement to win equal pay. I am actively trying to help bring more women into engineering. I am raising a daughter who is intelligent, curious, confident and assertive... all qualities that I respect and encourage.

There are some things about current feminism with which I either disagree, or I believe is extreme. The discussion about free speech, and due process are important. When I disagree with feminists on the topics, it is because I don't share their opinion, not because I hate women.

This all or nothing ideology, where you either accept everything or you are an enemy of all women is the problem. It leads to a large group of ideologically pure people who think the same. They have lost the ability to question their own beliefs, or to accept when other people question. Our country is currently dividing itself into two opposing ideological camps with no ability to understand anything outside of each carefully constructed narrative.

I think someone is playing with the post positioning .

I want this post to be on the current page, because this is the point that I am trying to make. I am still hoping for a response to this.

Thank you Engineer. That is a great example.


I'm not sure what you mean or what the example is. There is a thread out there with twenty pages of discussion including commentary from people who have died or left the site. If you have something new to say, why not go to that one?
1 Reply
-2
Reply Mon 16 Jul, 2018 07:50 am
@engineer,
This thread is about extremes. It is different than that other thread (I didn't start either).

I am trying to start an interesting discussion on this thread about the possibility of taking a middle position; accepting the core goals of feminism while questioning some of the narrative.

This thread (which I also took as parody) has an underlying message that there is no middle ground, than any criticism of feminism equates to extremism. I don't accept this position. It is an either/or proposition that doesn't allow any questioning.

Would anyone be open to discussing the possibility of a reasoned position that accepts the core values of feminism while being open to question some of the narrative.

I also think this was meant to be more of a parody thread.

I wonder who was the intended target of this parody.... it would seem kind of unfair if this person wasn't allowed to respond

0 Replies
0
Reply Mon 16 Jul, 2018 11:24 am
The thumbing on this thread seems to be coming in waves (something I find interesting as a science/data geek).

I appreciate the upthumbs.... I want to ask that no one downthumb on my account unless there is a blatant personal attack. Engineer certainly doesn't deserve any downthumbs.
1 Reply
4
Reply Mon 16 Jul, 2018 12:37 pm
@maxdancona,
Stop violating rule 9! It'll turn you into a full fledged feminist!
2 Replies
3
Reply Mon 16 Jul, 2018 02:07 pm
@Sturgis,
Sturgis wrote: 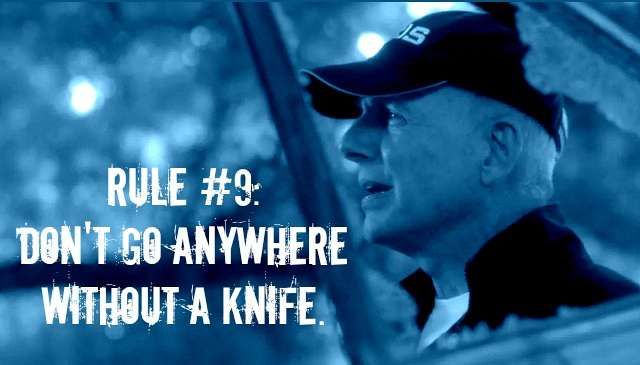 Most feminists do carry knives, they are big CSI fans
0 Replies
1
Reply Tue 17 Jul, 2018 07:04 am
@Sturgis,
Posts about feminism on a thread about feminism doesn't break rule 9 (unless you mean rule 9 to function as a catch-all rule).

I already am a feminist if you consider the dictionary definition of the word. There should be a way to consider lower-case feminism from the ideological/political movement that is generally called "Feminism".