I feel sorry for the poor girl and Harry. This weird step-sister and sad sack dad bode poorly for the tabloid future.

Or incredibly lucrative—based on your perspective.
Type: Question • Score: 1 • Views: 710 • Replies: 34
0
Reply Thu 17 May, 2018 01:00 am
@Lash,
According to reports her dad is undergoing surgery. Having said that he looks a lot like Al Murray. He should step in. Never mind, all this bollocks will be over soon enough and we can get back to normal. Most people will be watching the FA Cup anyway.

1,200 public invitations to the grounds of Windsor Castle.
66 million Britons to choose from.
Meet three who made the guest list.

I really hate this guy and the other people he created.

Despite assurances he would stop giving interviews about his daughter Meghan, Duchess of Sussex, Thomas Markle can’t quit talking to the press.

The former lighting director recently spent nine hours ― over the course of three days ― talking to the Mail on Sunday about the Duke and Duchess of Sussex in an interview published over the weekend.

Among his many bombshell quotes, he said that it would be easier for Meghan if he died, due to the fact “everybody would be filled with sympathy for her.”

’I refuse to stay quiet. What riles me is Meghan’s sense of superiority. She’d be nothing without me. I made her the Duchess she is today. Everything that Meghan is, I made her,” he said.

Markle also brought up the late Princess Diana and said she wouldn’t have allowed this treatment of him.

Thomas Markle during an interview on the show "Good Morning Britain."
″[The royal family] have Meghan treating her father in a way that Harry’s mother, Princess Diana, would have loathed. That’s not what Diana stood for,” he said.

He added that he likely won’t be able to see Meghan and Prince’s Harry’s future children because of their lack of contact.

“What’s sad is that some time in the next year Meghan and Harry will have a baby and I’ll be a grandfather, and if we’re not speaking I won’t see my grandchild,” Markle said. “How tragic is that, to deprive a child of its grandfather because I said a few things critical of the Royal Family?”

Chrissy Teigen slammed the former lighting director for his willingness to badmouth his daughter.

“This guy...this guy sucks. what is wrong with him? let your daughter be happy, please. this is embarrassing,” she wrote.


Thomas Markle isn’t the only family member that continues to hit out at Meghan. The “Suits” star’s half-sister, Samantha Grant, repeatedly attacked the duchess in a series of tweets two weeks ago.

She didn’t stop there, adding, “How about you pay tribute to your own father?! Enough is enough. Act like a humanitarian act like a woman! If our father dies I’m holding you responsible, Meg!”

Kensington Palace has yet to issue a response to any of Markle’s family comments.

The Duke and Duchess of Sussex haven’t commented on the repeated interviews either. The two continue to put on a united front at the recent events they’ve attended together.
2 Replies
1
Reply Mon 30 Jul, 2018 08:16 pm
@Lash,
Now, that's class.
0 Replies
0
Reply Tue 31 Jul, 2018 01:15 am
@Lash,
That's what the Mail does, hoover up anything Royal related. This is nothing new, there's always those on the sidelines making a big noise about why they're not let in.

I remember something similar happened to Princess Michael of Kent. Compared to her dad Thomas Markle is a saint.

Princess Michael of Kent acknowledged last night that her father had been an officer in Hitler's SS. A brief statement was issued by the Queen's press secretary, Mr Michael Shea, saying that the princess was "shocked" by the revelation in today's Daily Mirror.

The princess was born in the final months of the war to Gunther von Reibnitz, and his wife, Marianna, who had skied for Austria in the 1936 winter Olympics. The couple fled with their baby and her brother, Frederick, into American-occupied Bavaria when the Soviet army approached their estates in Silesia in 1945.

Accounts of this period have been sketchy since the princess, who was born Marie-Christine von Reibnitz, came into British public life with her marriage to Prince Michael in 1978.
Mr Philip Hall, the historian who uncovered his link with the SS, said last night that he was alerted by an interview in which Princess Michael's parents were said to be Austrian. "I noticed that, looking at the German aristocracy's Who's Who, Princess Michael's father was German."

"It struck me that someone was covering something up," he said. He went to the Berlin Document Centre and there he discovered evidence that Baron von Reibnitz was a major in the SS.

He had joined in 1933 and had been a member of the Nazi Party since 1930, three years before Hitler came to power. "He was somebody who went in early and ahead of the mainstream," Mr Hall said.

The documents found by Mr Hall referred to the baron fighting on the Polish front and being recommended for his next appointment by Herman Goering.

The Mirror's investigations place the baron as an SS officer, one of the elite Nazi force which was responsible, among other things, for the running of the concentration camps. He and his family parted after the war, with the children and their mother settling in Sydney, Australia, while he went to Mozambique to run a citrus farm.

It was not clear last night whether the princess was entirely ignorant of the baron's wartime service.

Princess Michael described in an interview with the Sunday Telegraph in January this year how she had spent nine months with her father in 1960 when he was 66.

Her civil marriage to Prince Michael followed controversy when the Pope refused to sanction a church wedding because of the princess's previous marriage to a merchant banker, Mr Tom Troubridge, which was annulled in 1978.

What he actually said was abhorrent.
1 Reply
0
Reply Tue 31 Jul, 2018 04:54 am
@Lash,
It's the mail, it's a sensationalist rag, it makes **** up and quotes out of context. If that's you're only source for what Markle said it's no different from hearsay. Wikipedia do not accept the mail as a source.

As for the Royals, they're not above a bit of scandal of their own.

Ernest was an active member of the House of Lords, where he maintained an extremely conservative voting record. There were persistent allegations (reportedly spread by his political foes) that he had murdered his valet and had fathered a son by his sister, Princess Sophia. Before Victoria succeeded to the British throne, it was rumoured that Ernest intended to murder her and take the throne himself.

Albert Victor's intellect, sexuality and mental health have been the subject of speculation. Rumours in his time linked him with the Cleveland Street scandal, which involved a homosexual brothel, but there is no conclusive evidence that he ever went there or was homosexual.[1] Some authors have argued that he was the serial killer known as Jack the Ripper, but contemporary documents show that Albert Victor could not have been in London at the time of the murders, and the claim is widely dismissed.

The Royals, sexual scandals and the press have had this sort of relationship for a long time. Markle is a minor figure only related by marriage the other side of the ocean. He won't be newsworthy for much longer, so don't worry about him, he'll soon be forgotten.

Btw, I'm not disputing anything the mail alleges he said, just that the mail is completely unreliable. 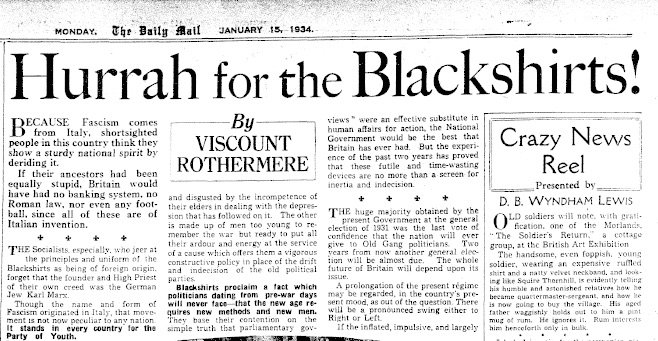 0 Replies
2
Reply Mon 17 Dec, 2018 03:49 am
The disgusting dad has popped up in the news again. It looks like he threatening to hang out in London until the queen finds living space for him. He’s on a morning show tomorrow.

Not sure what to think of his daughter, but I wouldn’t wish this level of humiliation on anyone. The stress isn’t good for a pregnancy.
1 Reply
1
Reply Mon 17 Dec, 2018 07:18 am
@Lash,
London's a massive city, 606 square miles compared to New York's 305. I doubt the Royals will even notice him. He's a foreign citizen and if he's only got limited finances and no ticket home he might not even be allowed into the country.

It's not a problem for the Royals, but Meghan may find it a bit uncomfortable.

And the Royals spend Christmas at Balmoral, which is quite a way from London.