Dolores O’Riordan, Lead Singer of the Cranberries, Dies at 46

Dolores O’Riordan, the lead singer of the Irish rock band the Cranberries, has died in London. She was 46.

Her death was announced by her publicist, who did not specify the cause.

“Irish and international singer Dolores O’Riordan has died suddenly in London today,” Lindsey Holmes,
the publicist, said in an emailed statement. Ms. O’Riordan had been in London for a recording session,
it said.

The statement said that family members are “devastated to hear the breaking news and have requested
privacy at this very difficult time.”

The Cranberries, an alternative rock group that formed in Limerick City, Ireland, in 1990, became widely
known for Ms. O’Riordan’s style, which combined a Celtic influence with vocals that could be sweet or
biting, depending on the song’s mood. 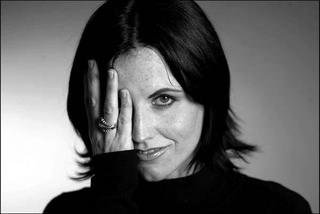 UK police say death of Dolores O'Riordan is not suspicious

The death of The Cranberries lead singer Dolores O'Riordan is not being treated as suspicious,
British police said Tuesday. A friend said the singer sounded excited and "full of life" just hours
before her death.

O'Riordan, 46, was found dead Monday morning at a London hotel. Police initially said the death
was "unexplained," but on Tuesday ruled it non-suspicious, meaning that they found no evidence
of foul play. The case will be passed to a coroner to determine the cause of death.

O'Riordan had suffered physical and mental health problems over the years. Last year The
Cranberries cut short a world tour because of the singer's back problems.

O'Riordan had spoken in interviews about being sexually abused as a child, her battles with
depression and a diagnosis of bipolar disorder. In 2014, she was accused of assaulting three
police officers and a flight attendant during an air-rage incident on a flight from New York
to Ireland. Medical records given to the court at her trial indicated she was mentally ill at the time.