How Does One Reconcile a Loving God? (a discussion)

Forums: Religion, Christianity, God, Bible, Philosophy Of Religion
Email this Topic • Print this Page
1
Reply Sat 3 Sep, 2016 01:15 pm
@CVeigh,
Oy vey, CVeigh.
0 Replies
1
Reply Sat 3 Sep, 2016 01:17 pm
@CVeigh,
Given the chance of some repetition, the apodictical existential pantheist maintains that there's something we haven't yet figured out--probably owing to our tendency to personify--that fills in a lot of the presently mysterious detail. When we do we'll find that some will call it God and others won 't

https://en.wikipedia.org/wiki/Oy_vey
0 Replies
1
Reply Sat 3 Sep, 2016 05:01 pm
@Smileyrius,
Edgar always answers as if No football player ever prayed for starving children in Africa, In fact Edgar assumes that you as selfish as he is and that you would never give, say, your extra earnings from winning a game to help feed those people.

The answer is that converts tend to be on a perceptual self validiction quest to rationalize their personal decision. I suggest he/she works on getting his chosen church to distribute some of its untold wealth to the poor it discourages from birth control . Personal accusations of uncaring would seem indicate displaced Freudian projection in this case !
0 Replies
0
Reply Mon 5 Sep, 2016 05:53 am
@CVeigh,
CVeigh wrote:

you can deny God's Omnipotence and wallow in pity, because the world has very sad things in it (we lost a longtime pet this morning) or you can believe that every tear can and will be wiped away.
I am a convert, now a Catholic, and I know that the emotional side of the temporary relief of 'there is no God' is very dark ultimately.


Sorry to hear about your loss, C.

Is a problem irrelevant if it is to be fixed? or is one entitled to ask why the problem arose in the first place? The question of "how a loving God allows suffering" or "how could a loving God do x" causes a large percentage of people to question their own or others faith, so is an answer not pertinent?

That is why Edgar had a very relevant input.

How Does One Reconcile a Loving God?

Neither of them properly address the reality of things. And unfortunately the old man with the beard, rather than humanize God, lends to the image of a distant and remote vision of God. This is because we have an image of an old (and slightly bored) king handing out edicts from a throne.

This is an unhelpful image, because it calls an image of someone who sends others and who risks others but not himself. In fact it calls to mind the exact issue that many atheists have with God. That he called Isaac to be killed. Even though Isaac was saved, the old man notion has another problem. "What does God need with a starship?" If you understand the reference, you know the problem with an aloof floating douchebag.
You see, in order for God to be loving, he necessarily must be one of us. Human (or as human as you can get while still being immortal). Rather than that "God" in Star Trek, a far more helpful image is the "man behind the curtain" in Wizard of Oz. Or since we used Star Trek, we have Picard, who is often godlike and aloof, but we see a movie where Picard meets Kirk. Kirk is authoritative enough to order Picard around ( awesomest scene ever, watching Picard meekly follow his orders) yet in every way very human. Chopping wood. Talking about his dog, and meeting a lover. Breaking eggs. He goes right into nearly every away mission and comes back because he's lucky.

So ditch that version of God. I want you to think of God as a number of forms. First, "the least of these." 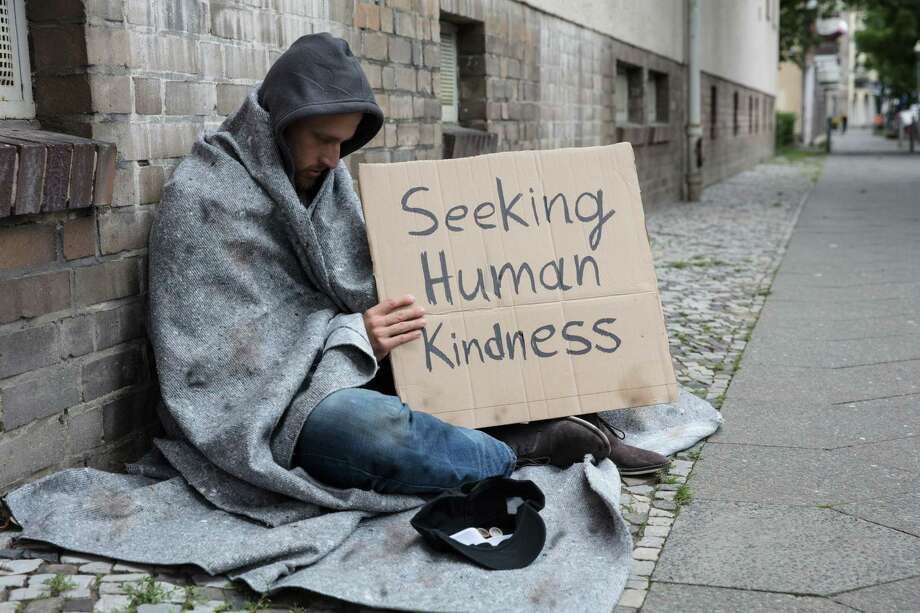 Then, as the classical Jesus 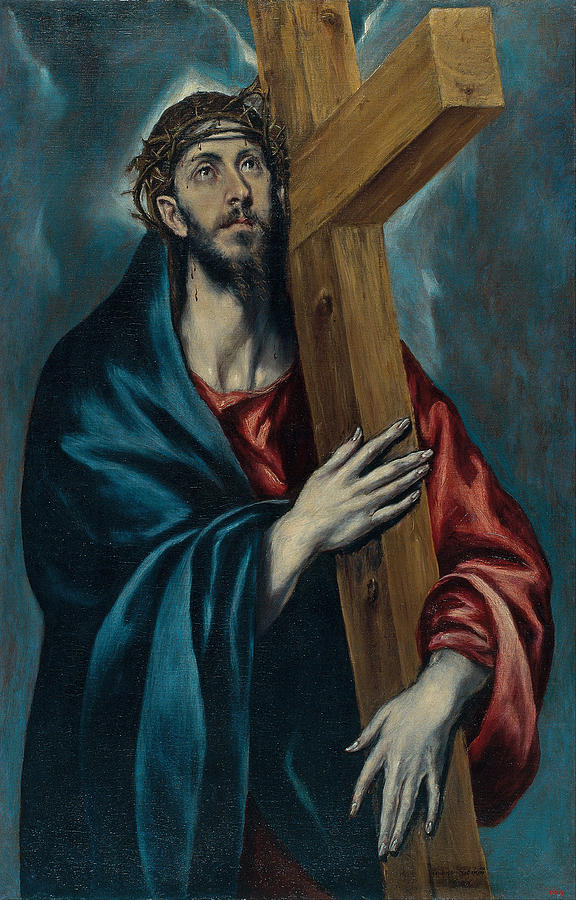 Third, as a woman. Why? Because the Church message has been tainted by a sort of toxic masculinity. "God can't be female." Wrong, God can be anything She wants. Let's call her Kyria after Kyrie (The Lord). 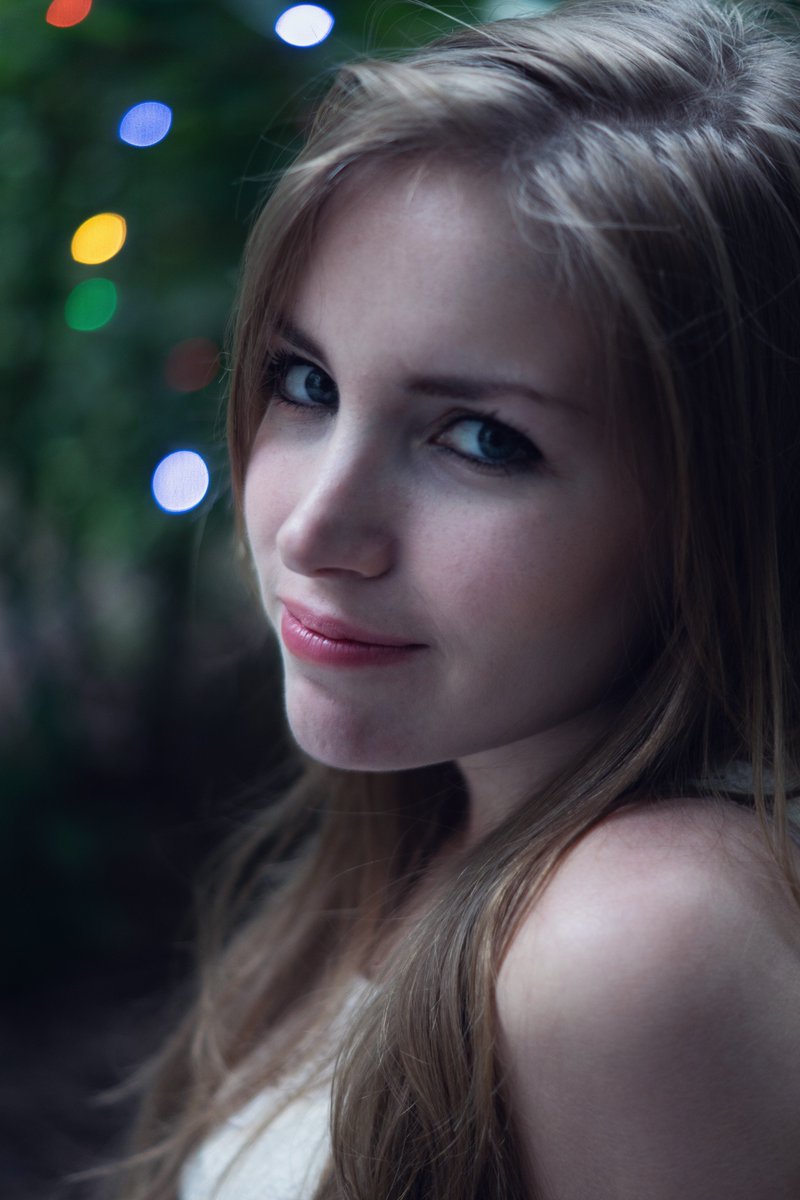 Lastly, it is important to see God as a Beloved. Dearest. The person you married. I can't help you with this one.

Another common assumption is that God will necessarily devout. When God takes human form, He may have a wide number of different beliefs. God's forms are personas (except for one, Jesus) and thus God's form will have any number of traits. God is there to encounter us and guide us.

How can we be sure that all religions are wrong? - Discussion by reasoning logic
What if no religions are correct, but there still is a God? - Question by neologist
We are all like little children who often say: "Mom, Dad, leave me alone, I want to be on my own". - Question by Leaffan
Beyond tribalism; How well does your religious label serve you? - Discussion by MattDavis
Is religion responsible for the opposition to peace in the Israel-Palestine conflict? - Question by maxdancona
Concern for Religious Freedom or Preaching Political Messages? - Discussion by wandeljw
Why believe in god? The theist perspective. - Discussion by msolga
Why People Seek Solace In Gods. - Question by mark noble
Catholic remarried couples should abstain from sex - Question by Tes yeux noirs
How can a good God allow suffering - Question by SawyerMentink
Religion and Fear - Discussion by TomTomBinks
Copyright © 2022 MadLab, LLC :: Terms of Service :: Privacy Policy :: Page generated in 0.06 seconds on 05/22/2022 at 04:30:19
▲ ▼