NEW YORK (AP) — Andy White, a top session drummer in England during the 1960s who played on songs by Tom Jones and Herman's Hermits among others and stepped in for newcomer Ringo Starr as the Beatles recorded their debut single "Love Me Do," has died.

White, 85, died Monday at his home in Caldwell, New Jersey. He died several days after suffering a stroke, his wife, Thea, told The Associated Press on Wednesday.

The Scottish-born White was already an experienced musician when EMI official Ron Richards called in September 1962 and asked him to come to the Abbey Road studio in London and help with a session by a new band from Liverpool. That band — the Beatles — was working on the John Lennon-Paul McCartney song "Love Me Do" and producer George Martin was unsatisfied with the work by Starr, who had recently replaced Pete Best.

Two versions of the song were released — one with White on drums and Starr on tambourine, and one with Starr on drums — and each have appeared numerous times over the decades. "Love Me Do" was a top 20 hit in England in the fall of 1962 and topped the charts in the U.S. two years later, at the height of Beatlemania. White also played drums on the song's original B-side, "P.S. I Love You," which featured Starr on maracas. 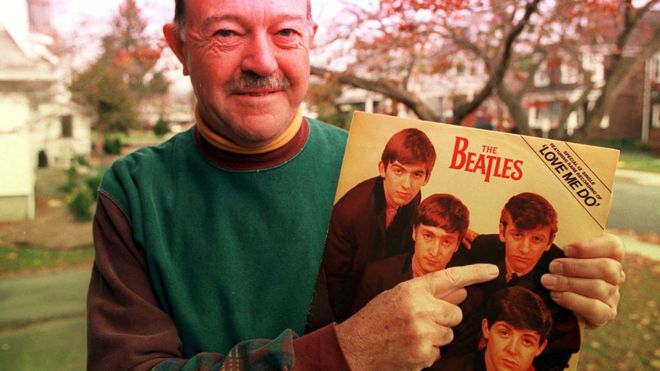 0 Replies
1
Reply Wed 11 Nov, 2015 05:42 pm
0 Replies
1
Reply Sat 14 Nov, 2015 10:31 pm
I'm not sure that Martin was unsatisfied with the work by Ringo, since Ringo had never been to Abbey Road before. I think that Martin called in White because he had suggested that Pete Best's drumming was inadequate and didn't yet quite get it that the Beatles had replaced him with someone competent. The very first time that Ringo went to a session at Abbey Road, he was relegated to playing the tambourine while white drummed.
1 Reply
1
Reply Sun 15 Nov, 2015 10:03 am
@Brandon9000,
Andy was a session drummer and a known quality to Martin. He went with the drummer he knew.
0 Replies