Uh, oh: cornetto. They're similar to croissants but not the same.

Forums: Cornetti, Recipes, Baking
Email this Topic • Print this Page
Reply Fri 3 Jul, 2015 03:12 pm
I just saw this news article in the Chicago Tribune, which is too bad as now I'm going to be trying two different Cornetti recipes, one by the article's author and one in a book I already have, The Italian Baker by Carol Field. Why too bad? I'll probably get aggravated while learning how to make them. 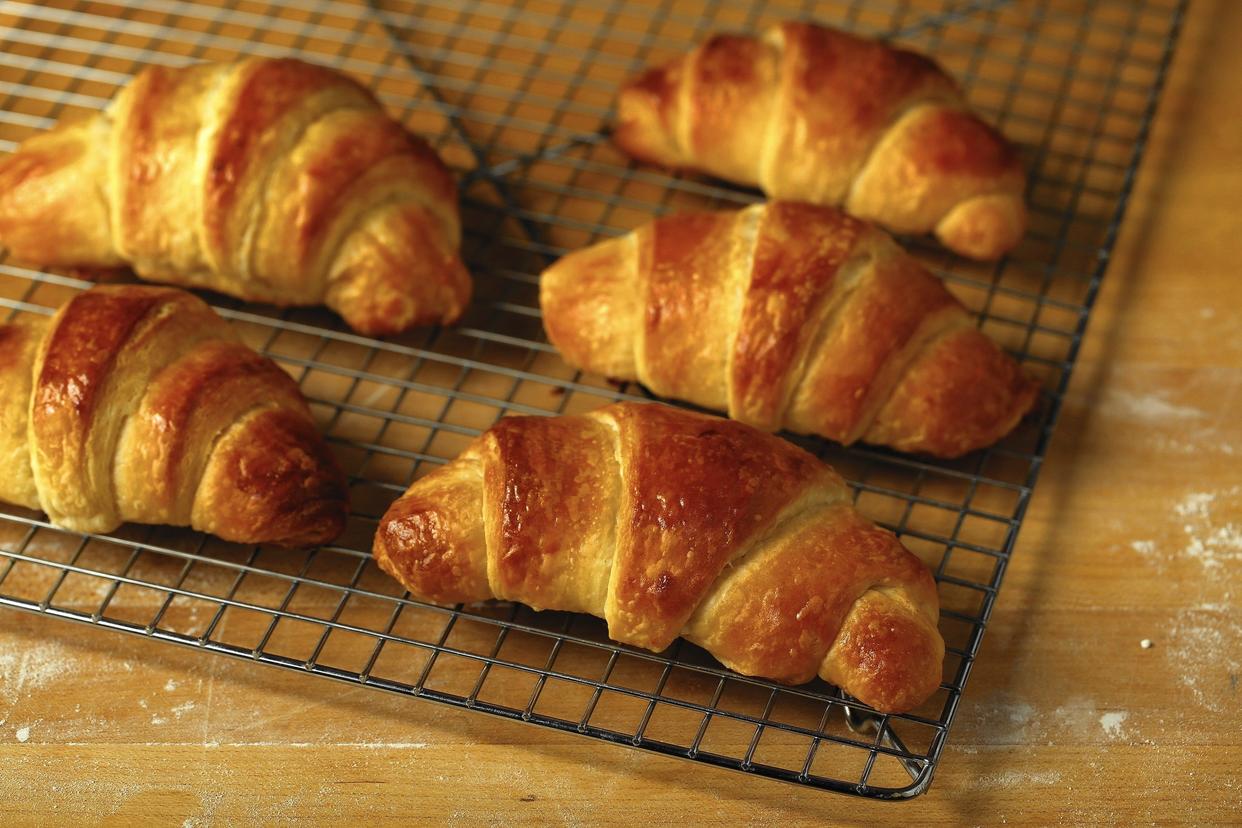 This all brings up a funny memory for me. We were on our second trip to Italy. By then I had taken italian language courses. After seven quarters, plus some classes in it back in high school, I was pretty good at writing essays in italian, and an utter fool at speaking it, though I could plod along in a messy way. My husband had read up a little, could read menus and plenty of signs by then, maybe bits of the newspaper, give polite greetings. So, one early morning in Rome we set out to find a bar (caffe). It was already on the crowded side, maybe 6 a.m. or a bit later. He got to the glass case and barista first and asked for un cappuccino e un cornuto. Probably he said due cornuto and cappuccino. Close, but no cigar, as cornuto means 'horns, as in betrayed man' in my dictionary, or normally, cuckhold. People laughed, and I caught up and told him, and he laughed too, maybe not quite as heartily. The room felt pretty happy, enjoying his tourist flubup. He's a theater person, so didn't get all bent out of shape.