Do you think "My Three Sons" was about a gay couple raising a family?

Forums: Tv Programs, William Demarest, My Three Sons, Alternative Lifestyles, Gay Couples
Email this Topic • Print this Page
Reply Tue 25 Nov, 2014 09:03 am
It's indisputable that this was an unconventional family, and I don't recall any episodes where the father was seen dating a woman; Steve and "Uncle Charlie" were clearly domestic partners and Charlie wore the apron, further there were two different "Uncle Charlies" in the series. Do you think the writers intended this to be a light-handed introduction to the public of alternative lifestyles? Steve got married during the show, to Barbara.


If anything, the show was totally about Steve predilection towards Dodie, Barbara's 5 year old daughter.
2 Replies
1
Reply Tue 25 Nov, 2014 09:34 am
@chai2,
I did actually watch the show but I stopped watching about the time Dodie appeared since the series was falling apart at that point, I had forgotten that detail.
0 Replies
1
Reply Tue 25 Nov, 2014 10:30 am
I don't know, but Winnie the Pooh is under suspicion because his sexual orientation is under question.

Steve got married during the show, to Barbara.
If anything, the show was totally about Steve predilection towards Dodie, Barbara's 5 year old daughter.

This also makes me wonder if maybe they were under pressure from network censors who possibly pushed a more heterosexual identity on the show and new writers.
0 Replies
1
Reply Tue 25 Nov, 2014 10:51 am
@Banana Breath,
One Uncle Charlie. Before that it was Bub, who was the boys' grandfather.

Part of the plotline of Ernie's adoption had to do with Charlie becoming a housemother in some kind of legal way.

Part of the plotline of Ernie's adoption had to do with Charlie becoming a housemother in some kind of legal way.

I just found the pilot episode on Youtube which is rather revealing. A salesman knocks at the door so Chip calls Bub to the door. Bub says "I'm the nearest thing to a lady around here."
https://www.youtube.com/watch?v=l7tRb3-hlng
0 Replies
2
Reply Tue 25 Nov, 2014 11:34 pm
@PUNKEY,
Winnie was straight like an arrow. Didn't have a lot of smarts, but straight. I used to know him.
0 Replies
1
Reply Wed 26 Nov, 2014 10:21 pm
@Ragman,
Ragman wrote:


What he said.
1 Reply
1
Reply Wed 26 Nov, 2014 11:08 pm
@Wilso,
I'll agree with Wilson and Ragman, and may I add, you are definitely overthinking the Uncle thing. Could that be because you had an awkward moment with Uncle Creepy?
0 Replies
1
Reply Sat 13 Dec, 2014 08:31 pm
@Banana Breath,
I’ve never seen My Three Sons before. Now if this show was about a Gay couple raising a family the producers would have insisted the actors trim their nose and hair in their ears before filming.

or at least none most of us would ever see

1 Reply
1
Reply Sat 13 Dec, 2014 08:57 pm
@jcboy,
My fav bear just moved from San Diego to be with his cub here. I've been helping with some of the wardrobing for their wedding next summer. There are going to be some hairy fellas under the gazebo

0 Replies
1
Reply Wed 2 Dec, 2020 11:12 am
No way ! ...The idea of a "gay couple" in 1960,when the show premiered,would have not even entered the producers minds.It was illegal to be homosexual in those dark days and homosexuality was classified as a grave mental illness. Furthermore,the father,Steve,was a widower and there were many episodes where he dated women.Uncle Charlie helped raise the family because the mother of the three boys had died.Just because a man is unmarried or a life-long bachelor does not automatically mean he is gay.Robbie was the sexy Italian-American eldest son, (Don Agrati),if anything,he was the clandestine gay heart-throb and sex-symbol i the 1960's on the hit tv series that ran from 1960 to 1972 !
1 Reply
1
Reply Wed 2 Dec, 2020 12:03 pm
@Big Boris,
Looks like the very prototype of the two-dad family. 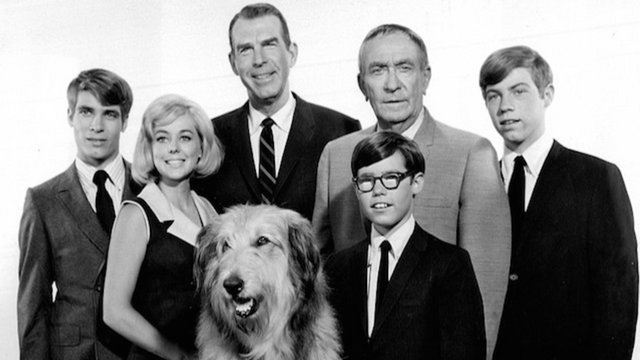 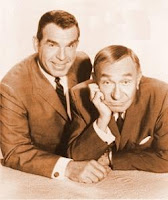 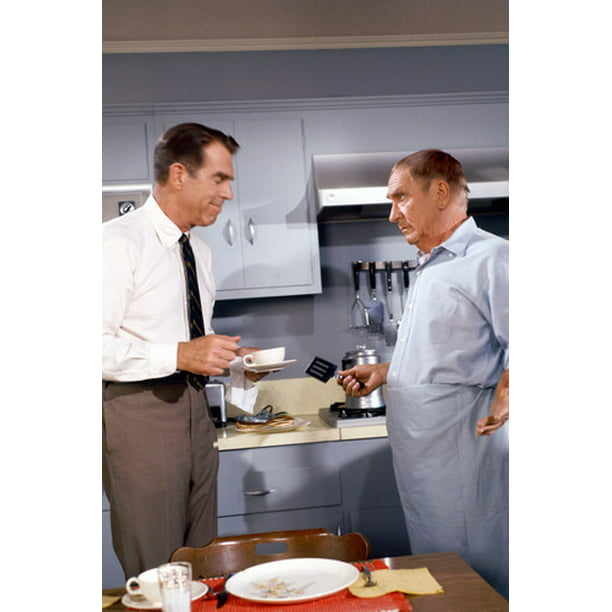 And as far as unconventional sexuality being against the law back then... that's kind of like assuming that because we have speed limits then as well as now that nobody drives faster than the speed limit. Many characters in television and theater intentionally broke the rules, for instance Milton Berle who often appeared in drag. The way to avoid running afoul of the censors and prosecutors of course was to say "It's ok, it's just a comedy skit." 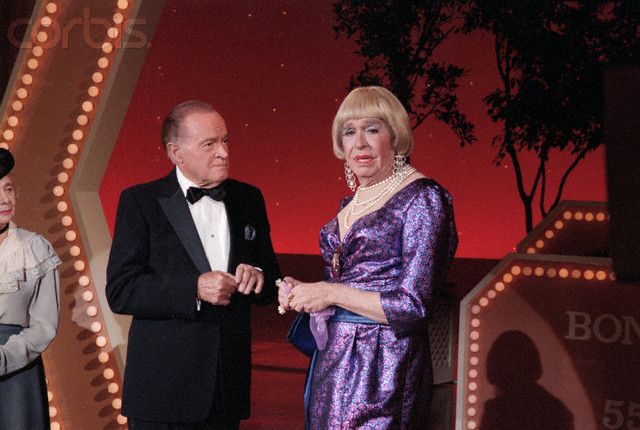 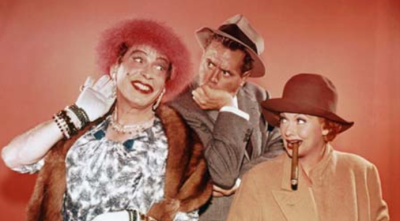