Look at what I noticed...

Forums: Goatse, Taco Bell, Quahoonymoth
Email this Topic • Print this Page
Reply Thu 23 Oct, 2014 03:04 pm
Every thread I ever created is clearly built on high levels of knowledge. Before you put on your try hard mask and start dancing the same "nah, you're just so and so" dance, read the damn evidence:

The evidence is simple. In every thread, I get responses, but when I call people out on their idiocy, people leave that thread immediately. I make another thread, same cycle happens. Now many will say "dats cuz you st00pid and we had time dat mo importint 2 uz". That's where I call you out on your idiocy again, because let's look at the thread of Que's, JTT's and Rosa's - do you see the difference between how people treat my threads compared to their threads which are 100% idiocy, hands down?

No more excuses. Just admit it. I'm more intelligent than you are. It doesn't mean you have to feel inferior. You should only feel inferior by deflecting this fact to lie to yourself about your own capabilities compared to mine. We're still human beings with common needs and common connections. Just because I can write this:

- Some Things I Have Done -

The "Solar System Was Shuffled Between Earth, Mars and Pluto For A Reason" Theory: 70 - 62 = 8. 1 + 2 + 5 = 8. The Solar System was Shuffled, that is why the planet's moons are in a weird order. When you put the planets in order of having least moons to having most moons, you will see that this theory is connecting the Planet System to the Fibonacci Sequence. Not only that, but the two are "intertwined".

I provided a picture for reference to my genius work: 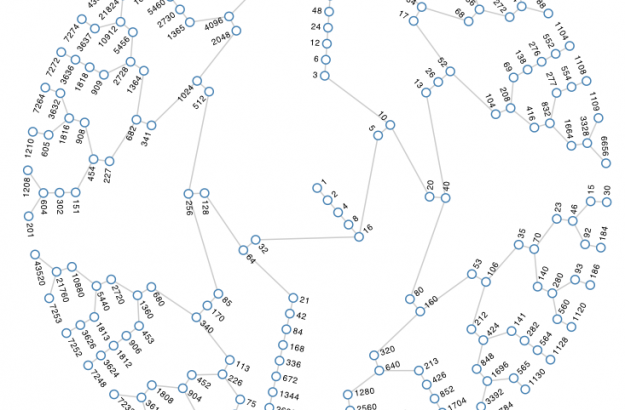 I provided an explanation as to why the Universe shuffled at Pluto (it has 5 moons): Space bends in the Universe, so the mathematical properties of space also bends in accordance to how it bends. Here on this planet, the Fibonacci Sequence is 100% chronological, but here on this planet, space does not bend. In fact, space bends in our heads hence why we have past, present and future tense. This world we live in is the physical model of a metaphysical system. Our brains are swimming in the metaphysical system and interacting with the physical model. Look at that picture - do you see where the numbers separate at 5? It's an advanced version of the Fibonacci Sequence. This is an incredible formula that should be heeded regardless of your ignorance and impatience for true knowledge.

I have other theories that are profoundly plausible: When someone has more than one theory that makes you want to rip your hair out because you can't destroy their argument as you could when it came to religious people and conspiracy theorists, that's when you need to just stop talking and start listening because you found yourself a genius.

I took the time to explain sex on a cosmic level:
Quote:

"The Male Penis Is To The Volcano And The Exploding Star..."

As the female vagina is to the soil and the sucking black hole.

The male penis is the female vagina inside-out. The star is the black hole inside-out.

The female vagina is the male penis outside-in. The black hole is the star outside-in.

The male creatures' life's purpose is to build up energy and release energy.

The star's life's purpose is to build up energy and release energy.

The gods of love, creation and destruction."

I explained why rainbows never change their colors: The colors are ROYGBIV. These colors are not just colors - they are the Universe's stages of personality ranging from low frequencies designed for our survival to higher frequencies designed for our "soul". Our planet from the core to outside of this planet is in this order of colors. Also the Zooid, a creature found in the ocean from the surface of the ocean to the bottom are found in this order of colors.

This isn't even the end of what I have accomplished: Ignorant people attack my intelligence just like fat people attack people for being fit. It's not news to me. I just wish people would of caught on by now, so they can save me from explaining myself by shaming these fools for attempting to bring people like me down to their level.

Doesn't mean that I took all the options from underneath you. Be creative. Be honest. Be ready to tear yourself apart to piece yourself together better next time around. Life is not about holding on to our imperfections - life is about evolving from reflecting on those imperfections. I am more intelligent than you - so what. We can still be friends. You don't have to look up to me or not keep eye contact with me. I will see into your eyes as I would into the eyes of any other genius. You are not small people to me - you are people. It's not your lack of knowledge that upsets me - it's your lack of acceptance of having that lack of knowledge. You act like you're suddenly a monster when you can't figure out extreme levels of analysis. There's no need - that's all a part of your evolution. Let go of your ego and remember your personal issues. Face them. That's all I ask. You don't have to solve the mysteries that I do - I just want you to be true to yourselves - at least attempt it. I know it's difficult and I know there's a lot of luck in a genius's time-line to end up where they are at now. It's not remotely easy to shape yourself as a genius, so I don't expect it - all I expect is for you to respect those who do and simply be inspired by it, not conspire against it vis a vis intelligence vs. ignorance wars.
Type: Discussion • Score: 1 • Views: 1,229 • Replies: 13
No top replies
1
Reply Thu 23 Oct, 2014 03:18 pm
@One Eyed Mind,
Are you in any way related to Quehoonymoth?
1 Reply
1
Reply Thu 23 Oct, 2014 03:20 pm
@Lordyaswas,
Address the OP.

I said no dances.

To answer your question, no I am not. Only an idiot who is reaching as a result of having nothing to say coherently and meaningfully would ask that question.
1 Reply
1
Reply Thu 23 Oct, 2014 03:29 pm
@One Eyed Mind,
One Eyed Mind wrote:

To answer your question, no I am not.

I think he is.

I will not respond until you're done dancing around with these games you play to avoid the direct interaction with my genius work. Now, address the OP. Or forever hold your chaos.

Until then, you're only poking me with a stick out of envy. If you have nothing to show to the public yourself, no work, no studies, no research, no knowledge, no findings, no data - nothing except childish jabs based entirely on the political culture of bullies and psychopaths and rehabs, then you only make this easy for me.