Geology of Ruggles Mine in Grafton NH

Forums: Ruggles Mine, Geology, New Hampshire, Minerals, Rocks
Email this Topic • Print this Page
Reply Mon 26 May, 2014 07:45 pm
Today my daughter and I visited Ruggles Mine in Grafton, NH. The mine charges an entrance fee but lets you take home whatever you can find.

It was a beautiful day and we had a great time wandering through the old mine caves and finding rocks. http://www.rugglesmine.com/Introduction.htm

The first thing I noticed is that the area is littered with large shards of mica, much larger than anything I've ever seen in nature before. At first I was amazed, but within minutes there is so much of it just lying around that it starts to resemble trash. Most of it is silver or clear, but there was also a bunch of black mica which I haven't seen before. The day was hot, but the mine shafts are pretty cool and a few of them still had huge slabs of ice from the winter which still haven't melted even though we've had a couple of 80 degree days this month.

The mine hollows are enormous and the place is just fun to walk around in. All the walls of the caverns are filled with mica and a few other veins of quartz like stuff. Most of the ground is littered with white rocks. I'm not sure what they are but they range in all sizes from boulders to chips and are a pure snowy white with just a hint of crystaline structure. They are hard and I'm assuming they are some type of quartz although they are opaque and not clear.

I'll include some photo's below. The most interesting things we found were a small light green crystal of Beryl, and then something with a darker green and some brown veins in it. One of the workers at the site said it might be a uranium ore with flecks of emerald in it. But he was a local teenager hired by the mine, not a geologist or anything, so I'm not sure exactly what the rock is.

I haven't figured out how to resize the images yet, so this is going to be a bit messy to start with. 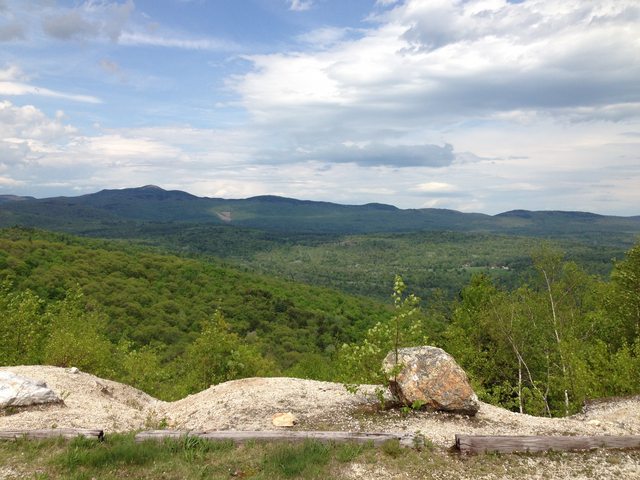 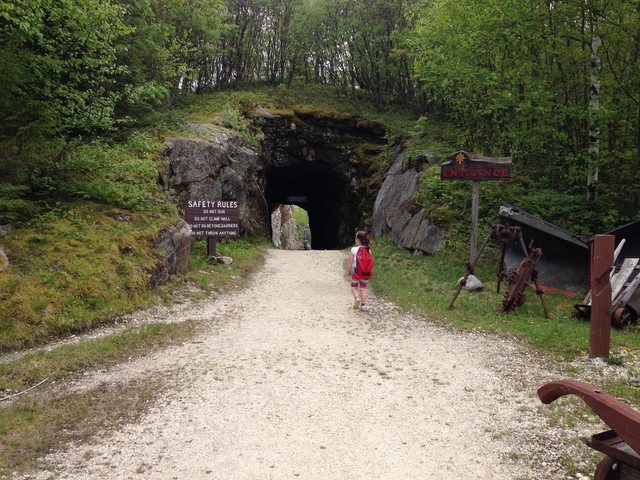 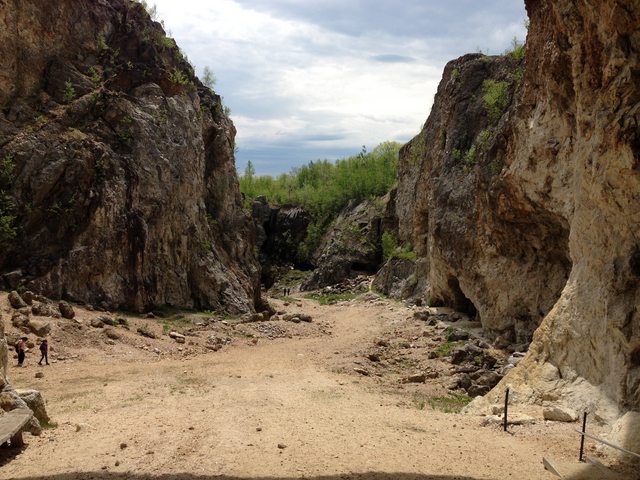 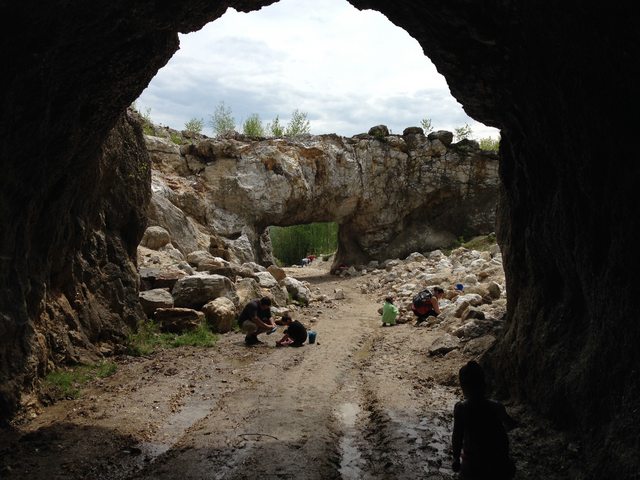 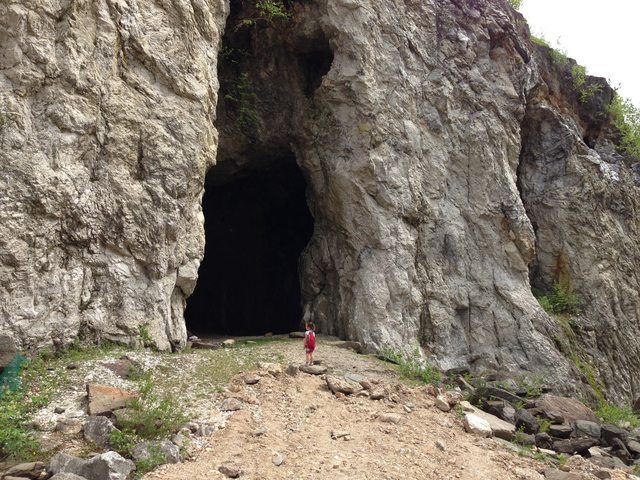 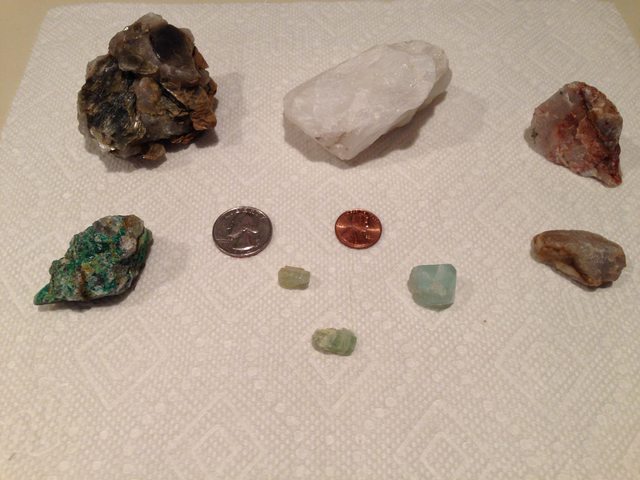 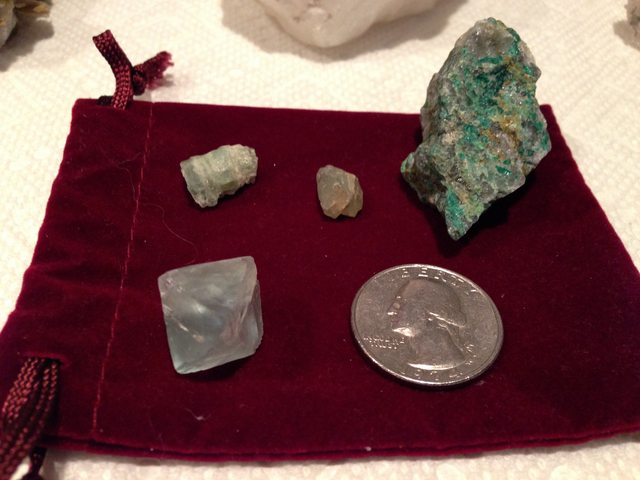 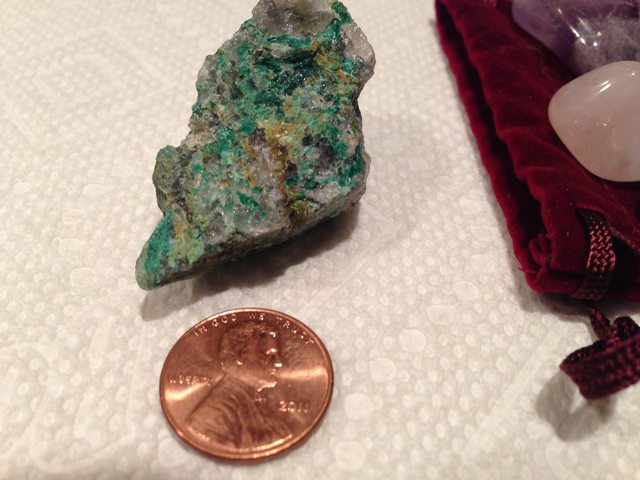 The polished ones are obviously from the gem shop, but everything else was found today 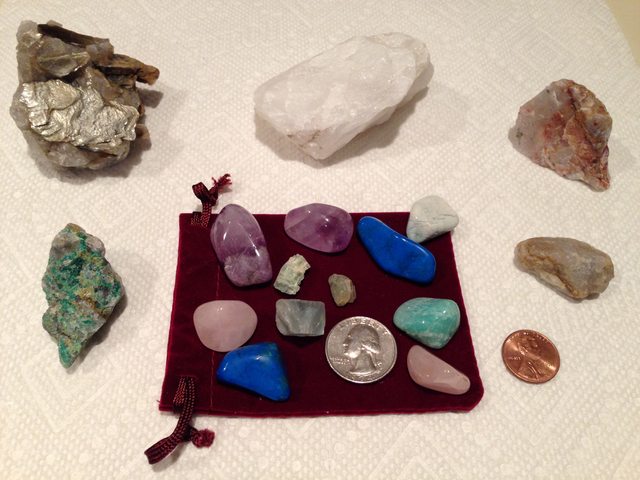 0 Replies
1
Reply Tue 27 May, 2014 07:15 pm
@rosborne979,
the mine is in a quartz and feldspar mica called a PEGMATITE. Pegs are usually long linear bodies with some neat mineralization. I see you have some of the green tourmaline segments. Collectors pay big premiums for samples that how the entire crystal along with its terminal ends . A kind of tourmaline that is unique to the NE mines is called a "watermelon".
Many people get metal detectors and look for gold also. You can follow these pegmatite bodies for distances beyond the mine property and go "panning" in streams that cross the pegmatite fractures, Often you can find nice beryl, garnet, zircon or tourmaline crytsals because they are slightly heavier than the quartz and the feldspar just "rots" into clay. Some places one can pan gold too.

1 Reply
1
Reply Tue 27 May, 2014 08:01 pm
@farmerman,
Thanks for the info. I wish I had more time to spend up there, but it's a long drive. I also found hiking around the mine exhausting. This isn't a flat mine area, it's essentially the top of a mountain that has been drilled full of tunnels, so a lot of areas are steep. But I really did like hunting for crystals. My daughter liked it too, but she was exhausted by the end of the day.
2 Replies
1
Reply Tue 27 May, 2014 08:05 pm
@rosborne979,
Are there places to camp nearby?

The darker green rock we found looks like it might have tiny flakes of emerald in it. But most of the larger crystals in the area are aquamarine.
0 Replies
1
Reply Wed 28 May, 2014 04:25 am
@ehBeth,
I'm sure there is camping nearby. It's New Hampshire so there are camping spots all over the place