Forums: Fashion, Clothing, Black
Email this Topic • Print this Page
Reply Tue 4 Dec, 2012 06:43 pm
I think I look good In black but a lot people I know be hating saying I need more clothes or more color. is having black clothing really a big deal? I mean it works for some and not for others.
Type: Question • Score: 41 • Views: 6,984 • Replies: 36
No top replies
1
Reply Tue 4 Dec, 2012 09:29 pm
@cornelljdav,
Nothing wrong with black clothing. You might consider adding some more colorful accessories and see if anyone notices the change.

Check out these suggestions:

As long as good hygiene is maintained, there nothing to complain, necessarily.
But there is the age old adage "Too much of anything is bad."

As the above post said, mix it up a bit so you won't be awfully predictable day in and day out.
0 Replies
1
Reply Tue 4 Dec, 2012 09:48 pm
@cornelljdav,
All black only works for old widows and punk rockers. People often wear all black cause they think it hides all kinds of flaws. It doesn't.
Wearing a good cut of clothing does.
Try adding some bright colour, no pastels, a scarf, some jewelry, a jacket or shoes.
You'll thank yourself in the end.
1 Reply
1
Reply Tue 4 Dec, 2012 09:57 pm
@Ceili,
I believe the OP is a man who works at Sams Club or someplace similar. He might find some accessorizing suggestions hard to pull off.
0 Replies
2
Reply Tue 4 Dec, 2012 10:05 pm
@cornelljdav,
I wore all black for years and years, and still do at times....my version of color was charcoal gray.....but my wife and sister bugged me so much about it, I finally started wearing colors.

I was around 30 when I finally gave in to peer pressure {nagging}.

Wear what you like.
0 Replies
1
Reply Tue 4 Dec, 2012 10:11 pm
You can also add some variety by adding textures and patterns. Here are some examples of adding a bit of variety to an all-black outfit using color, texture and patterns: 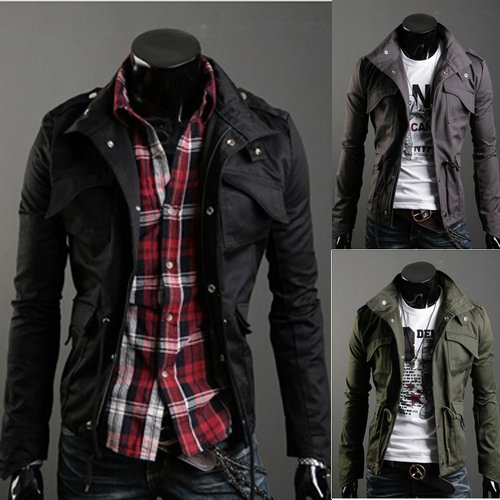 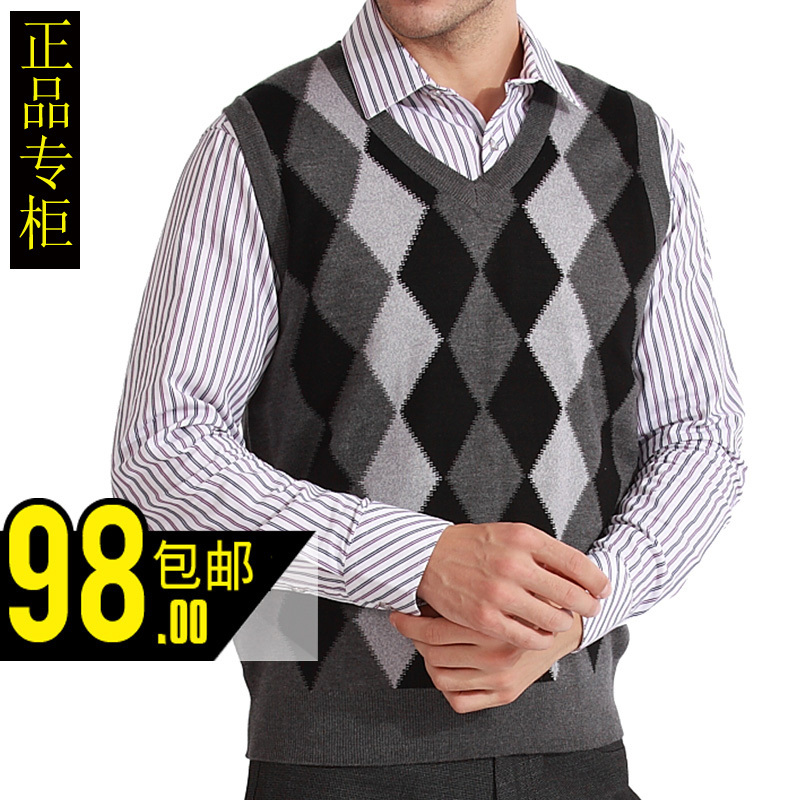 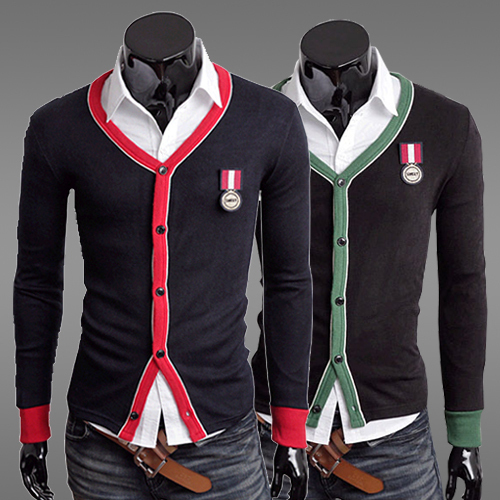 I think I look good In black but a lot people I know be hating saying I need more clothes or more color.

Depends on who you're dressing for, ultimately.

If you think you "look good" in a fairly objective way -- that anyone seeing you would say "hey, he looks good" -- that is being contradicted by the feedback you're getting. A lot of people are saying no, you don't look good wearing black all the time, you need more color and more variety.
1 Reply
1
Reply Thu 6 Dec, 2012 04:53 pm
I'm pretty idiosyncratic about about clothes and fashion myself. I tended to follow, somewhat, what was in when I was younger, and less so after I worked with a chemist and artist (same person) who shopped at thrifts, in my thirties. I got more playful, her taste really woke me up. Then sometime later I stopped with thrifts for a while, and got more ordinary.
Then in my fifties, I hit the thrifts again, and haven't stopped yet.

All the while, until recently and including when I was a teen, I've followed style magazines or blogs for interest both in style and style culture. The blogs varied.

But, as to black, I wore a lot of black - sometimes but not always - in the early sixties, sort of a take on the then bohemian culture (which was waning, if I remember). I was comfortable with it and still am when I wear blacks.

Have to edit - I'm right now not sure of the year, almost but not quite. Could have been '93, and October, makes more sense, but also fits more with memory.

Here, though, is one of my favorite photos of the ones I took on one of my much later trips to Italy. This was in 1999, early April, at a train station west of Florence.

Wearing black can be cultural past individual or goth/punk:

black from the train

Adds, some folks get into a uniform - for efficiency, ease, self association. I never did that, as I wore uniforms for twelve years, four of them very very ugly uniforms. I can imagine those using a lot of black.

My business partner, not all that long ago, wore a lot of black, grey, and red. Went with her grey black hair.


1 Reply
1
Reply Thu 6 Dec, 2012 05:12 pm
@ossobuco,
Nuts, I fit that edit - the last! - in the wrong place.
0 Replies
0
Reply Thu 6 Dec, 2012 05:35 pm
@sozobe,
I'm an odd person, in that I don't choose clothing for my particular "season", I missed that fad; or how it flatters my bod (body varying over the years), but because it amuses me. Thus irishfaced me with wrinkles galore will wear a mustard colored top because I like it. There has been a photo here of Diane and me that illustrates that.

I suppose clothing philosophers (a new blog? pho science?) can make categories, but people do play.
I think of African cities on that.

A lot of people are in trouble in those cities and gather clothing they can. I bet there is choice in miniseconds, if there is time for choice. But people have likes.

I think I look good In black but a lot people I know be hating saying I need more clothes or more color. is having black clothing really a big deal? I mean it works for some and not for others.


nothing wrong with going all black so long as you are either really cool, really powerful, or really sexy. otherwise you are slumming it.
1 Reply
2
Reply Sat 8 Dec, 2012 06:48 am
@hawkeye10,
hawkeye10 wrote:

I think I look good In black but a lot people I know be hating saying I need more clothes or more color. is having black clothing really a big deal? I mean it works for some and not for others.

nothing wrong with going all black so long as you are either really cool, really powerful, or really sexy. otherwise you are slumming it.

wear what you want

I wear the black for the poor and the beaten down,
Livin' in the hopeless, hungry side of town,
I wear it for the prisoner who has long paid for his crime,
But is there because he's a victim of the times.


Ah, I'd love to wear a rainbow every day,
And tell the world that everything's OK,
But I'll try to carry off a little darkness on my back,
'Till things are brighter, I'm the Man In Black.
0 Replies
1
Reply Wed 24 Apr, 2013 09:55 pm
@cornelljdav,
Most wardrobe consist of 70% black. I don't find it anything wrong.