Homeowners, would you sell your house if someone randomly offered to buy it?

Forums: Homeownership
Email this Topic • Print this Page
Reply Tue 3 Apr, 2012 11:19 am
I got a letter in the mail today that said "My wife and I would like to buy your house. If you're interested give me a call at this phone number."

It isn't a form letter or anything like that -- just a hand written note on regular paper.

So I was thinking about what it might take to get me to move.

My neighbors have a "make me move" price listed on Zillow. They say that if someone offered them the asking price they'd move in a minute.

What would it take for someone to make you move if you otherwise had no intention of moving?
Type: Question • Score: 8 • Views: 2,659 • Replies: 12
No top replies
1
Reply Tue 3 Apr, 2012 11:38 am
@boomerang,
If they pay me what I want, I'd move in a heartbeat! I am not that attached to a house. I do love where I live and like the neighborhood, but I could buy another house in the vicinity.

So yeah, if I were you, I'd call the people and see what they have to offer!
Will you call them?
0 Replies
1
Reply Tue 3 Apr, 2012 11:38 am
No, I would not move from my house.
Our summercabin has got a lot of requests recarding selling - calls, letters or just knocking on the door.

It isn't a form letter or anything like that -- just a hand written note on regular paper.


agents have people who write these things up and then pay to have them dropped off in desirable neighbourhoods - it's a proven technique to get houses
0 Replies
1
Reply Tue 3 Apr, 2012 12:16 pm
Quote:

I've seen plenty of those before -- this isn't one of those.

Houses in my neighborhood are very rarely for sale and one's on my street are almost never for sale.

Because we're still renovating, our house doesn't look like much from the outside which might have made someone think they could get it at a decent price. That's kind of how we got into this neighborhood. Everyone thought we would tear it down and build something new.

Nothing would get me to move at this point, I plan on staying here for a few years, then later? Who knows?

0 Replies
2
Reply Tue 3 Apr, 2012 07:38 pm
I've moved in rather wrenching ways twice in the last twelve years - I was very attached to both of those houses and neighborhoods (cry me a river, the song, fits the scenarios). Now I live in a lemon in the kind of development I'd thought I'd never try. I like the damned place, with its endless shortcomings. I like the street - though it's a tract of small townhouses, people make them differ from one to the next. Part of liking the street is liking the people, friendly but not intrusive.

So - what I wanna do is move the whole neighborhood, move it nearer buses, nearer commercial and artistic life. Or, in lieu of that, take all the land the catholic church of the neighborhood owns at both ends of a through street, the land sitting empty, and build small cafes, a book shop, a small shoe repair or similar place, a produce market, a bread and pastry place, small park areas to sit - you get the idea. Places for pedestrians to walk to, jog to, take the dog to.

So, I don't want to move exactly. I just want control..

Well, this brings up the matter of Albuquerque city planning. I don't have the energy to storm the castle.
0 Replies
1
Reply Tue 3 Apr, 2012 10:12 pm
@boomerang,
Quote:

What would it take

Think of a number and double it. 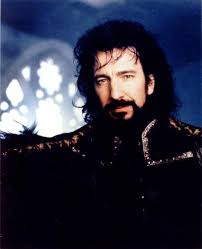 0 Replies
1
Reply Wed 4 Apr, 2012 12:59 pm
@boomerang,
It would take an astronomical-enough amount that it's really unlikely to happen, I think. I just don't think anyone would want to spend that much on this house.

I love it and hope to stay here a good long while.
0 Replies