Forums: Role Playing, Dungeons And Dragons, D And D, Girl Nerds
Email this Topic • Print this Page
Reply Sun 28 Aug, 2011 07:49 am
Anyone still do this? Pen and Paper style with miniatures and the likes?

I have been doing this almost every sunday now for about the past 2 years with a group of friends. Rolling the dice, seeing where adventure lays.

I was an elven cleric with mad bow skills.

somewhere there is still an old blue three ring binder covered with sharpie art. my sis prolly has it.

I was an elven cleric with mad bow skills.


lol just cant find any in my area. My girlfriend did bake me a cake and made it look like map from D&D this week. It was awesome

She might not be a nerd, but she supports me being one :-D
1 Reply
1
Reply Sun 28 Aug, 2011 12:10 pm
i just finished watching a great brit detective series called Luther http://en.wikipedia.org/wiki/Luther_(TV_series)


Season 2, Episode 3
Luther leaves Jenny in his flat to investigate an incident at a service station where a man with a baseball bat killed one motorist,maimed another and destroyed their cars. From CCTV footage it appears that he was rolling dice to select victims. The same man later enters an office disguised as a motor-cycle courier and kills five more people before Luther arrests him though in custody he refuses to speak. As Luther returns home to find that Jenny has killed Toby Kent after his attempted rape of her, the dice man's exact double prepares another outrage.

Season 2, Episode 4
Luther and Jenny dispose of Kent's body and give Baba cause to believe that he was actually killed by her other henchman Frank. To ensure that there will be no reprisals he threatens her with the ultimate weapon of revenge - Alice. Meanwhile the second dice man murders four people on the subway and Luther deduces that the two killers are twins, competing to see who can claim the most victims. With this in mind he plays on the vanity of his prisoner, Robert Millberry, to help him net his brother Nick, leading Luther into a showdown with Nick Milberry. 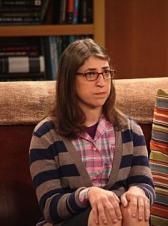