Forums: Books, Fiction, Sci-Fi
Email this Topic • Print this Page
Reply Tue 20 Jul, 2010 07:23 pm
I am trying to identify (and find) a science fiction story that I read probably between 35 and 50 years ago. The premise was that there was a great machine to test the skills of would-be major administrators by hooking them up to a mini-biosphere where a race of tiny creatures went through an entire year in the 24 hours that a human subject was hooked to the machine. Each "year" these creatures would get a new god (the latest administrative applicant) who would communicate directly with one of the creatures, who in turn would become the prophet of this new god. If the applicant/god caused too much turmoil, too many deaths, the feedback through the machine could actually kill him, but if he were too cautious he would fail the test. The main character in this story, whose own father had been killed by the machine, started off doing a dismal job, being too cautious and letting his own prophet down repeatedly (to the dismay of the audience in the gallery surrounding the machine). How he coped with his year of godhood was the essence of this story.

That's about what I remember.

reminded me of that story too, and it is at least 31 years old, it was published in the August 1979 issue of Omni Magazine (where i first read it)

Oh shoot... I remember Omni Magazine from my adolescence. What a bunch of aging nerds we are here. 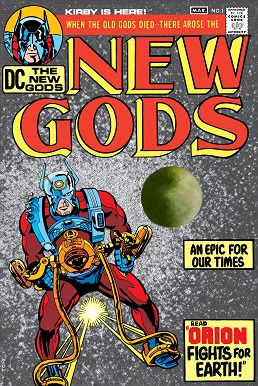 1 Reply
1
Reply Wed 21 Jul, 2010 08:19 am
@wandeljw,
No, I definitely remember a print story.
1 Reply
1
Reply Wed 21 Jul, 2010 01:43 pm
There is an Australian website that lists the top sci-fi stories of all time:
http://home.austarnet.com.au/petersykes/topscifi/lists_short_stories.html
0 Replies
1
Reply Thu 22 Jul, 2010 07:28 pm
@DrewDad,
Yes, it was definitely a print story, though I don't remember if I read it in one of the many sci-fi magazines published back then, or whether it might have been in an anthology. Reading the different comments posted here made me realize that I left two things out that maybe can be "triggers" to memory -- one was the tone of the story. Unlike Sandkings, in which the main character had an attitude akin to arrogance, the tone of the story I am referring to was much more like that of "Ratman's Notebook," a man betraying the strong loyalty of a creature (even allowing it to be killed) because he was afraid for himself. And the ending was a strong one, in which the somewhat cowardly main character redeemed himself somewhat when his dying new prophet begged for at least one sign before he died, and the "god" sent a bolt and split the old prophet in half.

Don't know if this rings any bells in anyone's memory, but obviously this was a strong story for me to have remembered it after all these years (either that, or maybe I just have a weak mind).
0 Replies