Vic Chesnutt in a coma after reported suicide attempt 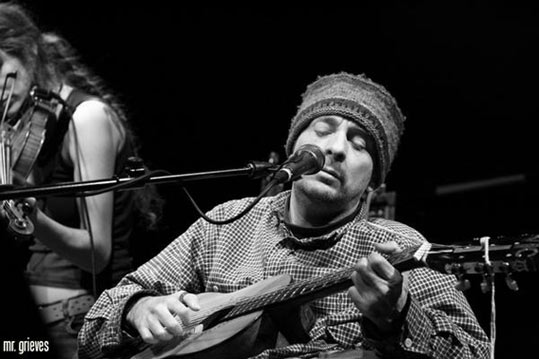 Vic Chesnutt, the critically acclaimed Athens, Georgia based singer/songwriter, is in a coma and currently finds himself battling for his life. His label, Constellation Records, confirmed the news earlier this evening:

“Vic is in the middle of a serious medical situation, he is in a coma, and his family and friends are with him,” said Constellation Records’ Don Wilkie in a statement. “We have no comment right now on the specifics other than that his doctors are continuing to assess his condition. We will issue a full statement at an appropriate time. In the interim, we request that everybody respect Vic’s privacy and that of his family.”

According to friend Kristin Hersh, the cause is believed to be a suicide attempt.

“Yeah, I can tell you what I know but no one knows much: another suicide attempt, looks bad, coma " if he survives, there may be brain damage,” Hersh wrote on her Twitter. An hour later, she added, “This time, it’s real scary: *this* time, he left a note, *this* time, he asked them to call me.”

The 45-year-old Chesnutt has been a paraplegic since the age of 18 and recently had been strugglingly to pay health bills. He told Spinner earlier this year that “right now, I am in huge trouble in that the hospital is suing me for $35,000 for payment, which is terrifying " and the rub is that I have health insurance.”

Chesnutt spent much of the latter part of the year touring in support of two new studio albums, At the Cut and Skitter on Take-Off. His resume also includes collaborations with the likes of R.E.M., Widespread Panic, Lambchop, Calexico, The Jayhawks, Fugazi, and, most recently, Elf Power.

But, I find it somewhat strange, ironic, whatever when they say it is a suicide attempt and he is battling for his life.
0 Replies
1
Reply Thu 24 Dec, 2009 10:09 pm
@djjd62,
This time of year can also be an existential tragedy waiting to happen. Hope he pulls through and to open and loving friends and family.
0 Replies
1
Reply Thu 24 Dec, 2009 10:13 pm
@djjd62,
a friend of mine pulled a kid out of a tree just last weekend out on a windy road to nowhere.

he had attached his self to a rope by the neck.

http://www.youtube.com/watch?v=x7xbL1_wUvg&feature=related
0 Replies
2
Reply Thu 24 Dec, 2009 10:18 pm
given all the political rhetoric these days, i find this passage interesting

"The 45-year-old Chesnutt has been a paraplegic since the age of 18 and recently had been strugglingly to pay health bills. He told Spinner earlier this year that “right now, I am in huge trouble in that the hospital is suing me for $35,000 for payment, which is terrifying " and the rub is that I have health insurance.”"

a guy, with health insurance, working (touring must be very difficult in his condition) and he still can't make a go of it, and some feel that a better system of healthcare is unnecessary, mind boggling
1 Reply
1
Reply Thu 24 Dec, 2009 10:23 pm
@djjd62,
Plus you have to figure that somewhere in his present day health care contract is some kind of fine print that will allow these health care profiteers just to eventually drop all of his benefits when they decide they can no longer make a profit off of his illness.
0 Replies
1
Reply Thu 24 Dec, 2009 10:24 pm
thanks for the link to this. i was not familiar with him. sad.
1 Reply
1
Reply Thu 24 Dec, 2009 10:28 pm
@realjohnboy,
i really like his music, he's not to everyones taste granted

not sure what i hope for him, he's obviously very troubled, and could be left in worse shape than ever, maybe best to go, and leave his suffering behind
0 Replies
1
Reply Fri 25 Dec, 2009 06:29 pm
Vic Chesnutt RIP

UPDATE: The Constellation Records website has posted an announcement that Vic Chesnutt died this afternoon in Athens, Georgia. "In the few short years that we knew him personally, Vic transformed our sense of what true character, grace and determination are all about. Our grief is inexpressible and Vic's absence unfathomable," the announcement said.
1 Reply
1
Reply Fri 25 Dec, 2009 06:34 pm
@djjd62,
Sorry.
Thanks for covering this.
0 Replies
1
Reply Fri 25 Dec, 2009 07:36 pm
Premature reports of his death circulated on the Internet on Christmas Eve, after frequent collaborator Kristin Hersh had posted on Twitter that Chesnutt attempted suicide, Entertainment Weekly reported.

In this hour: Reminiscences from Michael Stipe, Guy Picciotto and Jem Cohen " plus excerpts from Chesnutt's December 2009 conversation with Terry Gross.

0 Replies
2
Reply Sat 9 Jan, 2010 03:11 am
@djjd62,
He's never been reticent about his intentions of being the one to end it when he was ready to end it. He's had a hard row to hoe. But has given the world some wonderful words and music.
0 Replies