http://thepolicyproject.org/id1.html
Type: Discussion • Score: 1 • Views: 1,414 • Replies: 18
No top replies
1
Reply Sun 21 Dec, 2008 08:02 pm
Two types of people tend to talk about global warming: informed scientists who suggest you should be scared and something must be done.
And people who are trying to sell books. Put it this way: See how many scientists buy beach front houses. If you dont believe in global warming; try and get your house by a river insured, when businesses bet on it, its time to get scared.
0 Replies
1
Reply Mon 22 Dec, 2008 01:14 am
Does this mean global warming is not happening? Does it mean that all those scientists at Harvard, Yale, Princeton, UCLA, MIT and the government agencies like the NOAA and EPA are wrong? Whew! Now that I know everything is going to be OK I'm going to take my girlfriend out for an ice cream.
1 Reply
1
Reply Mon 22 Dec, 2008 09:25 am
@NickFun,
Quote:

Does this mean global warming is not happening?

http://www.danwei.org/front_page_of_the_day/beijing_winter.php
1 Reply
0
Reply Mon 22 Dec, 2008 09:44 am
@gungasnake,
Are you saying the weather is occasionally cold?

Apparently they saw a few sunspots in October but that's been ab0ut it for 2008 and the guys in the observatories are going nuts. Last time anybody ever went two months without seeing sunspots was just prior to and during the Little Ice Age. Welcome to LIA-2: God's plan to make demokkkrats look stupid. 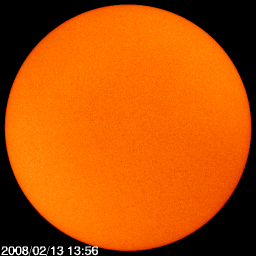 Last time anybody ever went two months without seeing sunspots was just prior to and during the Little Ice Age.

You are a riot gunga. Your statements are always out there to be sure.
0 Replies
1
Reply Mon 22 Dec, 2008 12:09 pm
Not to mention the late 19th and early 20th century, when years with between 200 and 300 sunspotless days were common. Everybody remembers the Great Ice Age of 19oo, right, Gunga? Pathetic. Seen any more alien life on Mars lately, Gunga?
http://science.nasa.gov/headlines/y2008/30sep_blankyear.htm

Tsuneta said solar physicists aren't like weather forecasters; They can't predict the future. They do have the ability to observe, however, and they have observed a longer-than-normal period of solar inactivity. In the past, they observed that the sun once went 50 years without producing sunspots. That period, from approximately 1650 to 1700, occurred during the middle of a little ice age on Earth that lasted from as early as the mid-15th century to as late as the mid-19th century.

2 Replies
1
Reply Mon 22 Dec, 2008 09:07 pm
And it's producing sunspots this year, and it went comparable periods since the little ice age(while global temp. was rising, I might add) when there were no sunspots. So your point is?
1 Reply
1
Reply Tue 23 Dec, 2008 08:55 am
@gungasnake,
The June story certainly does nothing to back up your story about October.

In June we were in a low period. No surprise since we were still in that low in July and August. You claimed there were no sunspots on October to start this thread. You also claimed there had never been 2 months with no sunspots since the little ice age in the 1600s. You were incorrect. This story doesn't make your earlier statement true. Your claim was and still is false.
0 Replies
1
Reply Tue 23 Dec, 2008 08:59 am
@gungasnake,
They are like weather forecasters though. Here is their prediction of sunspots through 2017. Note the name of the file includes the word "predict."

Nothing new from you there gunga. You get your years mixed up all the time.
0 Replies