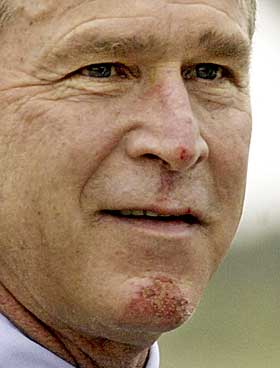 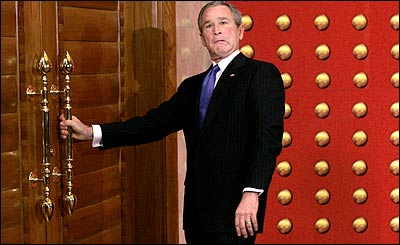 And the Spaniards are just plain stupid.
0 Replies
1
Reply Mon 27 Apr, 2009 11:54 am
My current guilty television pleasure is Celebrity Apprentice.

Former Playmate of the Year Brande Roderick was asked did she forgo something-or-other.

BLOOMINGTON, Minn. -- Police in Bloomington say a 23-year-old man is in stable condition after he pretended that he was falling off a bridge over the Minnesota River, then actually fell off the bridge.

Police got a call just before 5 a.m. Sunday from a 21-year-old man who said his friend fell off the Highway 77 bridge and into a marshy area about 30 feet below. The caller said he was driving north when his friend, who he said had been drinking, told him to pull into the bridge's emergency lane so he could urinate.

The 23-year-old stood eventually climbed to the ledge of the bridge, then looked at his friend and pretended to fall. "He then in fact fell," reads a press release from the Bloomingtin Police Department.

Police say a 20-year-old man had filled up his car at the QuikTrip at Seneca and 31st Street South and had returned to his vehicle when a stranger approached him at about 7:35 p.m.

The stranger demanded that the victim surrender his car, and began to reach behind his back as if to produce a weapon, police said. The victim bolted from the car and ran toward the store, and the suspect got in and tried to drive off.

But he didn't know how to work the manual transmission and the car stalled, police said, so he abandoned the car and ran east from the convenience store.

Not sure about the authenticity, though. How did he wind up with the camera pointing in the right direction?
0 Replies