Forums: Game, Soccer, Fantasy Football
Email this Topic • Print this Page
1
Reply Mon 13 Aug, 2018 02:48 pm
Ah no. Didn't pick a team yet. I'm used to doing that by draft. Will pick one tonight when I'm back on the laptop (or mebbe ask the legion gang to pick)
0 Replies
2
Reply Mon 13 Aug, 2018 07:19 pm
Aha! You pick your team BEFORE joining the league. That is entirely opposite
to the way the Yahoo Baseball and (Pointy-end) Football fantasy leagues are
set up.

* points are awarded for each player that actually plays
* bonus points are awarded in a number of ways e.g. player scores a
goal; player assists in the scoring of a goal; defender/goalkeeper's
team does not concede a goal
* points can be deducted if a player is disciplined (receives a red or
yellow card; player concedes a penalty)
* you can make one 'free' transfer per week i.e. replace a player with
another. A defender can only be replaced by another defender etc.
A certain amount of knowledge helps here; for example if Liverpool
are playing someone rubbish like, say, Southampton (that's for you
izzy) then it makes sense to put in a Liverpool player that week

At the moment, three of us are registered for the head-to-head. I suggest signing up for the classic league as well - the same team will cover both plus you get to see how you're doing against the world (currently I'm in approx. 2.9 millionth place out of approx. 5m).

There are three buttons, "Bench Boost", "Free Hit", and "Triple Captain".
Are these special benefits that are only available once a season?
2 Replies
1
Reply Tue 14 Aug, 2018 07:28 am
@eurocelticyankee,
Hamster Huggins and its auto-select team has joined - with apparently one decent player. I suspect there will be trades in the future.
1 Reply
2
Reply Tue 14 Aug, 2018 11:02 am
@ehBeth,
Yeah, it's like auto-select has it in for you.

Now you can make 1 transfer p/w or you can skip 1 week and carry that transfer into the following, so you can do 2 then.
Two's the most you can accumulate.

You get two wildcards, one now at the start of the season and one in the new year.
You can make as many transfers as you want with the wildcard.

Unfortunately the good players are expensive but then that's the game. 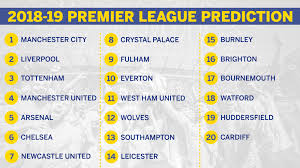 0 Replies
1
Reply Tue 14 Aug, 2018 01:15 pm
@izzythepush,
May I say, for the 29th season in a row, this is going to be our year.
0 Replies
1
Reply Tue 14 Aug, 2018 01:27 pm
@George,
Yes, these are once-a-season options. 'Bench boost' means all your players count that weekand not just the 11 that make up your team. 'Triple captain' is self-explantory I think. Your captain gets double-points in a normal week. Had to look up 'free hit' but it appears to mean that you can change as much of your squad in one week on a once-off basis with your original squad 'returning' the following week. Useful if a number of players are injured or suspended or if a cold-snap results in games getting postponed.
0 Replies
2
Reply Tue 14 Aug, 2018 01:30 pm
@eurocelticyankee,
eurocelticyankee wrote:


I was in the Canal End in 1982 when Seamus Darby flattened Tommy Doyle before scoring the famous last-minute goal (my memory may be clouded with prejudice). These Dubs look like they'll go on forever.
0 Replies