White terrorists have killed more victims in the US than Jihadis 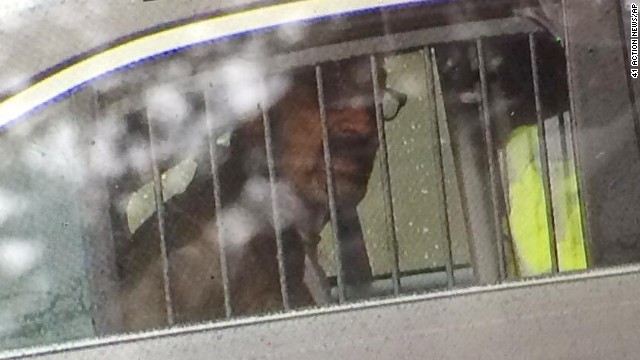 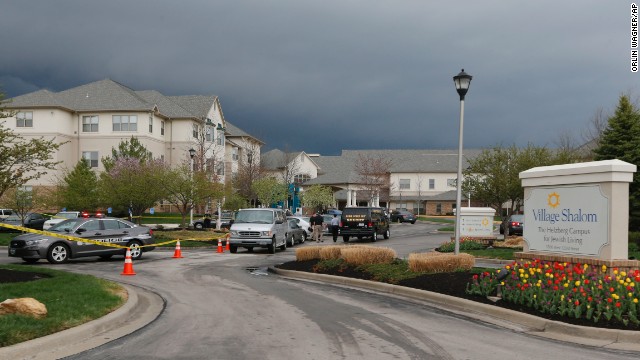 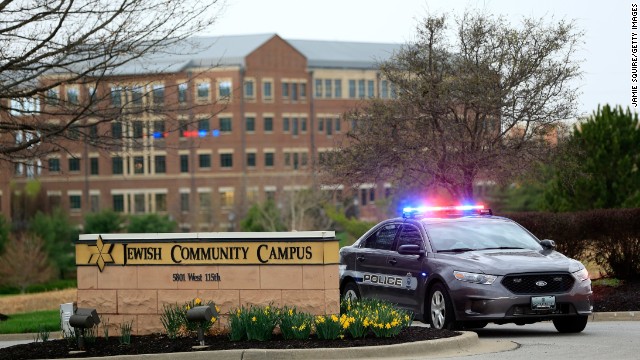 Peter Bergen, David Sterman: Man killed three at Jewish centers in Kansas
Suspect shouted "Heil Hitler;" if it had been "Allahu Akbar" media would cover it more, they say.

(CNN) -- On Sunday, a man shot and killed a 14-year-old boy and his grandfather at the Jewish Community Center of Greater Kansas City and then drove to a nearby Jewish retirement community where he shot and killed a third person. Police arrested a suspect, Frazier Glenn Cross, who shouted "Heil Hitler" after he was taken into custody.

Cross, who also goes by Frazier Glenn Miller, is a well-known right wing extremist who founded the Carolina Knights of the Ku Klux Klan and the White Patriot Party, according to the Southern Poverty Law Center.

Now let's do the thought experiment in which instead of shouting "Heil Hitler" after he was arrested, the suspect had shouted "Allahu Akbar." Only two days before the first anniversary of the Boston Marathon bombings, this simple switch of words would surely have greatly increased the extent and type of coverage the incident received.

Yet the death toll in the shootings in Kansas is similar to that of last year's Boston Marathon bombings, where three people were killed and the suspects later killed a police officer as they tried to evade capture. (Many more, of course, were also wounded in the Boston attacks; 16 men, women and children lost limbs.)

By contrast, terrorists motivated by al Qaeda's ideology have killed 21 people in the United States since 9/11.

(Although a variety of left wing militants and environmental extremists have carried out violent attacks for political reasons against property and individuals since 9/11, none have been linked to a lethal attack, according to research by the New America Foundation.)

Moreover, since 9/11 none of the more than 200 individuals indicted or convicted in the United States of some act of jihadist terrorism have acquired or used chemical or biological weapons or their precursor materials, while 13 individuals motivated by right wing extremist ideology, one individual motivated by left-wing extremist ideology, and two with idiosyncratic beliefs, used or acquired such weapons or their precursors.

Opinion: Why do racists and anti-Semites kill?

A similar attack to the one that Frazier Glenn Cross is accused of in Kansas occurred in August 2012 when Wade Michael Page killed six people in a shooting at a Sikh temple in Wisconsin. Page was a member of a white supremacist band and associated with the Hammerskins, a white supremacist group. Page committed suicide during the attack.

Page is not, of course, the only right wing extremist to have used lethal violence to achieve political ends. In 2009, for instance, Shawna Forde, Albert Gaxiola, and Jason Bush raided a house in Arizona, killing Raul Flores and his daughter Brisenia. The three attackers sought to use the burglary to finance their anti-immigration vigilante group, Minutemen American Defense. Forde and Bush were convicted and sentenced to death. Gaxiola was sentenced to life in prison.

Also in 2009, Scott Roeder murdered Dr. George Tiller, who ran an abortion clinic in Wichita, Kansas. In 2010 Roeder was convicted of first-degree murder. According to the Southern Poverty Law Center, Roeder not only had ties to the extreme anti-abortion movement, but he also had been pulled over while driving with a fake license plate bearing the markings of the Sovereign Citizens, a movement of individuals who deny that the government has authority over them.

Of course, the deadliest terrorist attack on American soil prior to 9/11 was the Oklahoma City bombing, which was masterminded by Timothy McVeigh, a man with deep ties to far-right militant circles. McVeigh killed 168 people when he bombed the Alfred P. Murrah federal building on April 19, 1995.

Despite this history of deadly violence by individuals motivated by political ideologies other than al Qaeda, it is jihadist violence that continues to dominate the news and the attention of policy makers.

Some of this is quite understandable. After all, on 9/11 al Qaeda's 19 terrorists killed almost 3,000 people in the space of a morning. Since then al Qaeda's branch in Yemen tried to bring down with a bomb secreted on a passenger an American commercial jet flying over Detroit on Christmas Day 2009 and al Qaeda's branch in Pakistan tried to launch bombings on the New York subway system a few months earlier. Luckily those plots didn't succeed, but certainly if they had the death toll would have been on a large scale.

Yet the disparity in media coverage between even failed jihadist terrorist attacks and this latest incident in Kansas is emblematic of a flawed division in the public's mind between killing that is purportedly committed in the name of Allah and killing that is committed for other political ends, such as neo-Nazi beliefs about the need to kill Jews.

Part of the reason for this disconnect might be that when a Department of Homeland Security report warning of violent right wing extremism was leaked in 2009, it generated a substantial political controversy.

In a 2011 interview with the Southern Poverty Law Center, Daryl Johnson, the leader of the team that produced the report, argued that following the controversy, DHS's examination of such threats suffered, stating "Since our report was leaked, DHS has not released a single report of its own on this topic. Not anything dealing with non-Islamic domestic extremism—whether it's anti-abortion extremists, white supremacists, 'sovereign citizens,' eco-terrorists, the whole gamut."

The threat from al Qaeda and its associated forces has changed significantly since 9/11. Today, almost 13 years after 9/11, al Qaeda has not successfully conducted another attack inside the United States. And since 2011, no individual charged with plotting to conduct an al Qaeda-inspired terrorist attack inside the United States has acted with more than one accomplice. This demonstrates the difficulties today of forming a jihadist group sufficiently large enough to conduct a complex attack anything on the scale of 9/11, and is a tribute to the success of law enforcement agencies in detecting and deterring jihadist terrorist activity.

Today in the United States, al Qaeda-type terrorism is the province of individuals with no real connection to foreign terrorists, aside from reading their propaganda online. Given this, it becomes harder to explain, in terms of American national security, why violence by homegrown right wing extremists receives substantially less attention than does violence by homegrown jihadist militants.