Feds: Mermaids do not exist

The federal government last week went to unusual lengths to assure America that mermaids do not exist.

"No evidence of aquatic humanoids has ever been found," asserts the National Oceanic and Atmospheric Administration in an item posted June 27 to its website, www.NOAA.gov.

But it gets stranger. Another federal agency seems to be muddying the mer-waters.

Search for BelieveInMermaids on the web, and the Department of Homeland Security appears to have seized that domain.

Does the government protest too much? Just why are the G-men suddenly interested in mermaids?

NOAA's interest, according to a spokeswoman, was spurred by a recently telecast TV show.

On Memorial Day, the Animal Planet channel aired a documentary purporting to show the discovery of a real mermaid.

"Mermaids: The Body Found" was the culmination of the channel's annual Monster Week, which otherwise focused on piranhas, killer sharks and man-eating alligators. Real creatures all.

And the mermaids episode was based on fact.

One fact, to be exact: In 1997 two NOAA scientists recorded a bizarre sound in the Pacific. Called "The Bloop," the sound was never identified.

The rest? Well, to put it politely, it's less than true.

The faux-umentary purports to show two NOAA scientists as they go rogue, discover humanlike remains in the belly of a shark, conclude it's a mermaid, and then are subject to a federal cover-up.

Then why the denial? Why post a refutation now?

Short story: The documentary convinced viewers that mermaids were real.

"After the show ran, people were talking about mermaids a little more. It started popping up on social media," said spokeswoman Keeley Belva. "It was an interesting topic, so we posted a short explanation. Maybe it will entice people to visit the NOAA.gov website."

All well and good.

But what about the seized domain?

"It's a hoax," said Ross Feinstein, spokesman for U.S. Immigration and Customs Enforcement, which oversees the Department Homeland Security.

A look at the code behind the page reveals it's still held by the parent company of the Animal Planet channel, Discovery Communications, which bills itself as "The World's No. 1 Nonfiction Media Company."

A spokesman for Discovery did not immediately return calls.

"The websites we seize are part of what we call 'Operation In Our Sites,' a sustained law enforcement initiative to protect consumers by targeting counterfeit and piracy on the Internet," said ICE's Feinstein. "This operation is focused on counterfeit goods and piracy, not freedom of speech - including those regarding the existence of mermaids."

Meanwhile, creatures looking suspiciously like real mermaids have been cavorting on the Gulf Coast of Florida since 1947.

Women with a certain piscine silhouette have been entertaining audiences from around the world at Weeki Wachee Springs, said spokesman John Athanason.

"Many of our young fans do believe that mermaids exist," Athanason said. "When a young girl or boy asks us, 'Are you a real mermaid?' of course we answer with a resounding 'Yes!'

Here is the complete mermaid text posted on NOAA's website:

"Mermaids - those half-human, half-fish sirens of the sea - are legendary sea creatures chronicled in maritime cultures since time immemorial. The ancient Greek epic poet Homer wrote of them in The Odyssey. In the ancient Far East, mermaids were the wives of powerful sea-dragons, and served as trusted messengers between their spouses and the emperors on land. The aboriginal people of Australia call mermaids yawkyawks - a name that may refer to their mesmerizing songs.

"The belief in mermaids may have arisen at the very dawn of our species. Magical female figures first appear in cave paintings in the late Paleolithic (Stone Age) period some 30,000 years ago, when modern humans gained dominion over the land and, presumably, began to sail the seas. Half-human creatures, called chimeras, also abound in mythology - in addition to mermaids, there were wise centaurs, wild satyrs, and frightful minotaurs, to name but a few.

"But are mermaids real? No evidence of aquatic humanoids has ever been found. Why, then, do they occupy the collective unconscious of nearly all seafaring peoples? That's a question best left to historians, philosophers and anthropologists." 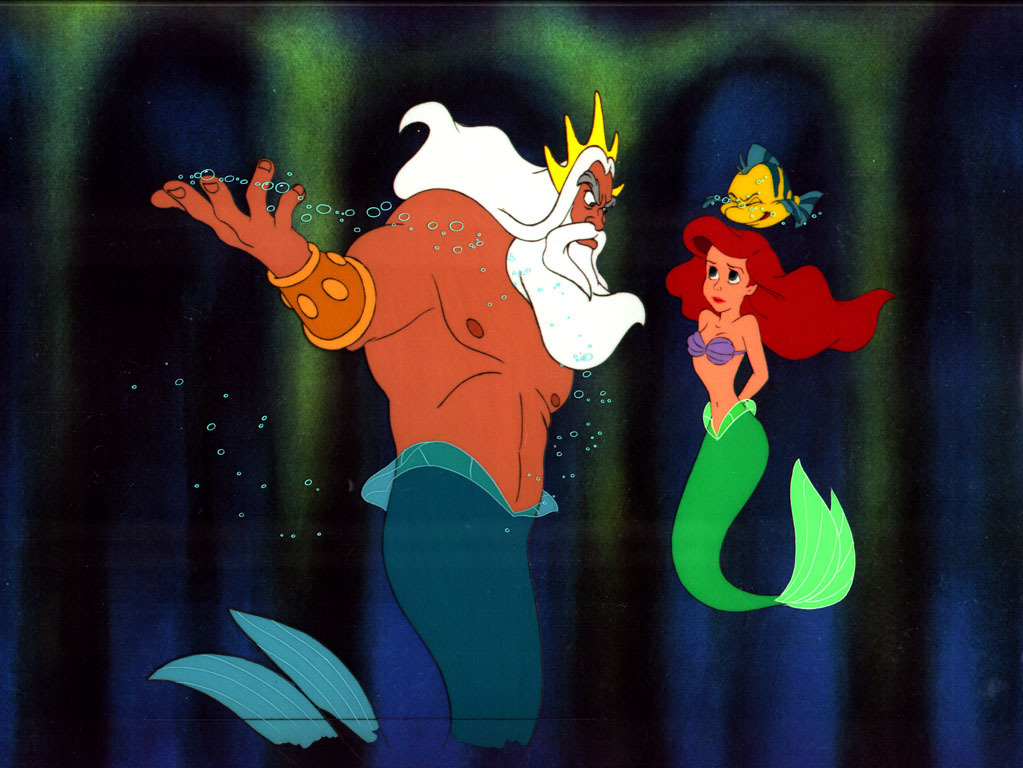 (Watch all the way to the end, or skip to the last 20 seconds or so if you don't want the lead-up.)

It was scarier on TV, especially when you're not expecting it. (The show before that had been fairly genteel and standard nature documentary -- complete BS of course, but it didn't prepare you for the horribleness.)

The conceit is that it's home video shot by some kids, and is exhibit A of proof that mermaids actually exist.
0 Replies
1
Reply Thu 5 Jul, 2012 11:21 am
@BumbleBeeBoogie,
BumbleBeeBoogie wrote:

"It's a hoax," said Ross Feinstein, spokesman for U.S. Immigration and Customs Enforcement, which oversees the Department Homeland Security.

Am I to take the word of someone who doesn't seem to understand who is being overseen by whom?