Great character actor. I absolutely loved his accent and how he inhabited his characters.

He will be dearly missed. 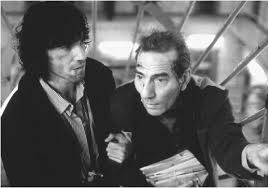