Forums: Eyebrows, Eyebrow Salons
Email this Topic • Print this Page
1
Reply Sun 4 Apr, 2010 11:50 am
@chai2,
Hats....the bigger the better....and coats, I have about two dozen coats/jackets, about half of them are long coats.

I have no idea what my eyebrows look like.

I get tickled at the girls that work drive-thrus...like at McDonalds, with the 2 in long nails, they have to hold their hands completly flat to push the buttons.
0 Replies
1
Reply Sun 4 Apr, 2010 12:40 pm
Well of course you don't know what your eyebrows look like. You've got that big hat over them.

Re nails: I can't stand it when a young lady, otherwise pretty, has fingersnails that have about 3 specks of polish left on them.
I actually asked a girl once if that was the new style. After getting a "huh?" I said, "Well, I see a lot of teens with really chipped nails, and it seems it must be on purpose"
"Uh....no, I just, um forget to take it off. I don't have the time, you know?"

Honey, make time, like about a minute and a half for what you've got left on your nails. 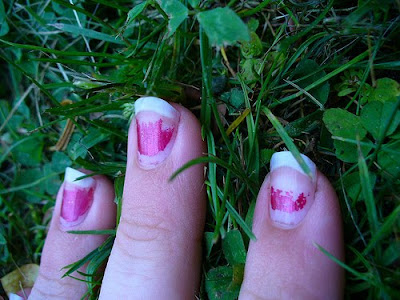 Now what looks better, the above, or this? 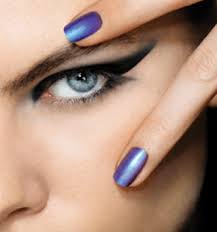 If you can't handle the maintenance, just keep them neatly trimmed and clean.

unibrows are out of style now, i think.
0 Replies
1
Reply Sun 4 Apr, 2010 01:02 pm
Meterosexuals styings be damned; Leonid Brezhnev was very jealous of my brows. In fact all true men are still very jealous of my brows. It's the purest sign of sexual prowess, as women will readily concur.
0 Replies
1
Reply Sun 4 Apr, 2010 01:23 pm
@chai2,
Ok, I went and looked, they are not very noticable at all, that's probably why I couldn't remember anything about them....toward the nose, they are a light brown...but get more blonde toward the outside...so overall they are very light colored...near invisible, same with my moustache.

I never have owned a duster, the type of coat in the picture....they have a certain coolness to them, but I don't think I would look right in one, it's just too much. I do have a few "trench" coats, very long or calf length....but my favorites are the knee length ones....overcoats, or frock style.
0 Replies
3
Reply Sun 4 Apr, 2010 01:36 pm
@ehBeth,
ehBeth wrote:

this is an interesting ponder, as to my way of thinking you've got one of those "things". Not eyebrows or dyed hair or long fingernails. It's your hair. In its entirety.

I have pondered about your feelings about your hair, much as you are pondering about eyebrows and fingernails.


Bethie, You pondered about my hair? What did you ponder? I always loved my hair. The color. The texture. The thickness. The wave/curl. But I never fussed with it much.

As to hair-dyeing, this is a strange holdover from childhood. When my mother came back from the beauty parlor and her was was a slightly different color, I would scream and cry. I will never color my hair. It's turning gray now. Fine with me. I'm at an age when hair is supposed to turn gray.

My spot? When I was a corporate executive, I wore gorgeous tailored clothing made of fine fabrics. And I had glorious accessories. I had long (home grown) polished nails. I once had a professional manicure. Never again! Those days are gone. No money, and no need really for such clothes.

Where have my ponderings led me? I think I'm inclined to believe that we look best with what we were born with. My hair color works with my skin and eye color.

Second, it has become clear to me that I don't like being fussed with.

As I'm writing, I'm detecting a theme. You look best with what you were born with. It's OK to look as old as I am. I guess I think that I'm a naturalist in the appearance department. Leave things the way you got 'em.

Bethie, don't forget to tell me what you were pondering about my hair. You've roused my curiosity.

YOU'VE had the acrylic nails, hair extensions, Brazilian wax and spray-on tan. But they're all passe. The latest craze for beauty nuts is eyelash extensions.

Shops devoted solely to enhancing the little hairs that filter dirt from our eyes are springing up all over town.
In the past three years a shop called Just Lashes, which charges up to $300 a session, has moved from a West Melbourne office to a Docklands waterfront shop, and is aiming to open 20 franchises around Australia before Christmas.
Another chain, Love Those Lashes, has gone from one employee at a shop in Walpole Street, Kew, in 2007, to 16 staff across two more Melbourne stores (in South Yarra and Greensborough) and one in posh Woollahra, Sydney.
''Lash extensions is becoming like getting your hair done,'' Mr Bastock said. ''It's now become part of the beauty regime of most savvy girls or girls about town.''
http://www.theage.com.au/lifestyle/fashion/beauty-fans-dont-bat-an-eyelid-at-lashing-out-on-extensions-20100404-rlo9.html

Not only do you have to shell out 180 - 300 shmackers for the job but then need reguar top up treatment.

charges up to $180 for a 90-minute session on new clients.
Lashes fall out in three to four weeks so many have regular top-up appointments. Jacqui, in her 40s, from Kew, has been coming to Lash Out Lashes for a year and at $70 for each hour-long ''refill'' session, has spent more than $1000, but says it's worth it.

but, if it's something you get pleasure from, you can afford, and it's not hurting anyone, why not?

$70 every 3 or 4 weeks?
Cigarettes cost $7 a pack here, so that's like smoking half a pack, or less, a day. That give you cancer
It's like eating out twice a week at a cheaper place, maybe that'll make you fat.
It's a lot less than some people pay for cell phone service, or cable TV. TV is turning peoples brain to mush.
It's the extra money that people pay for gas for a larger, more expensive, but less fuel efficient car. That's pretty shallow.
Or the extra money the car payment costs, or the insurance, etc.

It's what I pay a month to go to yoga, which means more to me than all of the above together, but I'm sure some people think a waste of time and money.

You beat even me with the unibrow syndrome -AND my son:

When my son was born it was just after they had that baby switching case down in Florida and every time they took him out of the room, I was panicked worrying that I wouldn't get my 'real' baby back - but as he grew and developed, I would look at his eyebrows and eyes and jawline and say to myself, 'Yep - he's definitely mine.'

I used to hate my eyebrows and when I doodled in highschool, I'd always draw eyes with very arched and defined eyebrows - but when a friend actually tweezed my eyebrows for me like that - YUCK- it didn't look right, and I felt like I'd been scalped and denuded - naked, and it hurt like hell - so that was the end of that.
Now I just wear bangs- the picture above is actually one of the few I have of myself that you can see my eyebrows not covered by bangs.
I agree with Roberta - nature usually knows best.

I used to have to treeze over the bridge of my nose - no longer - I think thirty years of tweezing has inhibited growth there - but as for the rest of my brow - let's put it this way, I can't imagine ever having to get brows tattooed on. I have plenty.
My son tweezes his unibrow, and actually other than that - has very nicely shaped brows. They go with his eyes and face perfectly.

In terms of my 'thing'- what I spend money on - it's food, plants, music and travel.

I've never had a manicure or pedicure- never paid someone to tweeze or wax my eyebrows. I do pay someone to cut my hair but that's only about once every three months. I don't spend money on make-up - I borrow my daughter's on the few occasions I wear it.
And I don't buy it for her - she buys her own.

I do like clothes - but hate to shop so I usually just wear what I have until it's unwearable.

Oh, I also like dishes for some reason - I don't know why.
But yeah, if it were a choice between a manicure and a pretty plate - I'd spend the money on the plate.
0 Replies
1
Reply Wed 14 Apr, 2010 05:15 pm
I found a picture of me when my friend had tweezed my eyebrows into oblivion- all I can say is thank god they grew back!!!:

my sister was lucky - she had auburn hair and auburn eyebrows and they were perfectly shaped and not so dark so she could always go with the natural look.
1 Reply
1
Reply Thu 15 Apr, 2010 12:50 am
@aidan,
Aidan, This picture was in the Beautiful Animals thread. One of my eyebrows is clearly visible (I'm the one on the right). Never did anything to it. That's the way it looks.

Aidan, you friend just didn't know what she was doing.
It looks like she removed all your brow to just about over the center of your eye.

In your more current pic, I can see your brow start a little bit far out, but not like what did.

Her arch?
She has her's starting right at the inside of her brow, giving her a bozo the clown look.

As far as two in the same nieghborhood, maybe one of them is just stupid.


I've been thinking about this comment. Why. Who the hell knows. Maybe because two or even three eyebrow shops in this neighborhood don't seem like a lot to me.

Now stop knitting your brows, and everyone elses.