Do you know any attractive politicians?

Erling Fossen (politician/ urbanist, Norway) has cleaned up nicely over the past decade or so.

(in the baseball cap)


How about Spiro T. Agnew?

Absolutely NOT on Kennedy. He looked ok around the time of his marriage, but he was such an incredible whore. I was smitten with his brother---but the thread was asking about looks....(Bobby was rail thin and pinched--but I was nuts about him...) 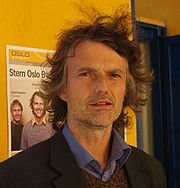 
yeah, kennedy was a whore, we're just saying attractive, at some indeterminate age.

now, take his son for instance....wowzers.

Far more than I'd expected actually

yeah, kennedy was a whore, we're just saying attractive, at some indeterminate age.

Oh John...absolutely - fine spectacle of a man...so sad to have lost him so young. He was bee-yoo-ti-full

Fossen looks cool, but I got a temporary problem with Mackay.. see, we're watching Lost now, systematically, two episodes every night (we're up to Season 3, episode 3 now) - and he looks just waay too much like "Henry", the leader of the bad guys... creepy

Kudos to Cyclo for being I think the only one to come up with American women :wink:

Right on the first page Shewolf has a persuasive example in the Queen of Jordan, although of course, a Queen is not really a politician.. kudos to Francis though for trying to shut the whole thread right on page 1 with a superlative :wink: And who can forget Sarah Palin, Republican gov. of Alaska?

As for the men, hell, I don't know. I'll leave that to the ladies.

Well, we certainly agree on something.
0 Replies